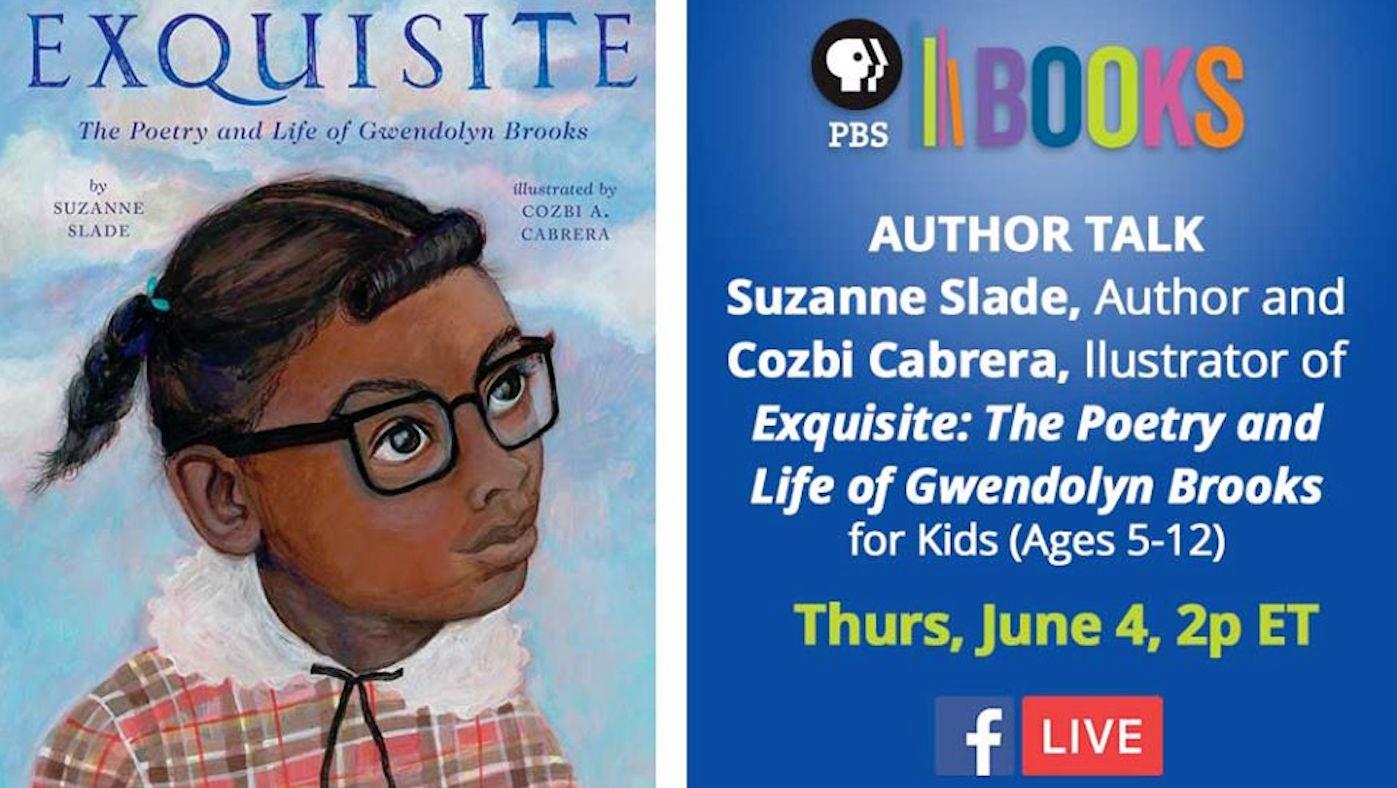 On Thursday, June 4 at 1:00 pm CT, the author and illustrator of the children's book Exquisite: The Life and Poetry of Gwendolyn Brooks will join PBS Books and WTTW for a live reading and discussion via Facebook Live. In a conversation moderated by WTTW's Vice President of Community Engagement Tim Russell, author Suzanne Slade and illustrator Cozbi A. Cabrera will explain the process of creating the book as well as their admiration for the poet.

Both Slade and Cabrera are Chicagoland-based, like Brooks, who celebrated and probed the city's neighborhoods and lives in her work, including in the lauded collection A Street in Bronzeville. Brooks became the first African American author to receive the Pulitzer Prize in 1950, and served as Poet Laureate of Illinois from 1968 until her death in 2000. (Hear her read some of her own poems in an archival WTTW program.)

This summer, PBS is celebrating the 100th anniversary of the ratification of the 19th Amendment, which gave women the right to vote, by focusing on "Trailblazing Women" in on-air programs, digital stories, and more. PBS Books has put together a reading list for children ages 0-12 about trailblazing women, including Exquisite and a Xavier Riddle and the Secret Museum title about Susan B. Anthony.

Looking for more read-alongs? PBS KIDS has been hosting regular readings of children's books with Michelle Obama as well as authors and celebrities like Kristen Bell.