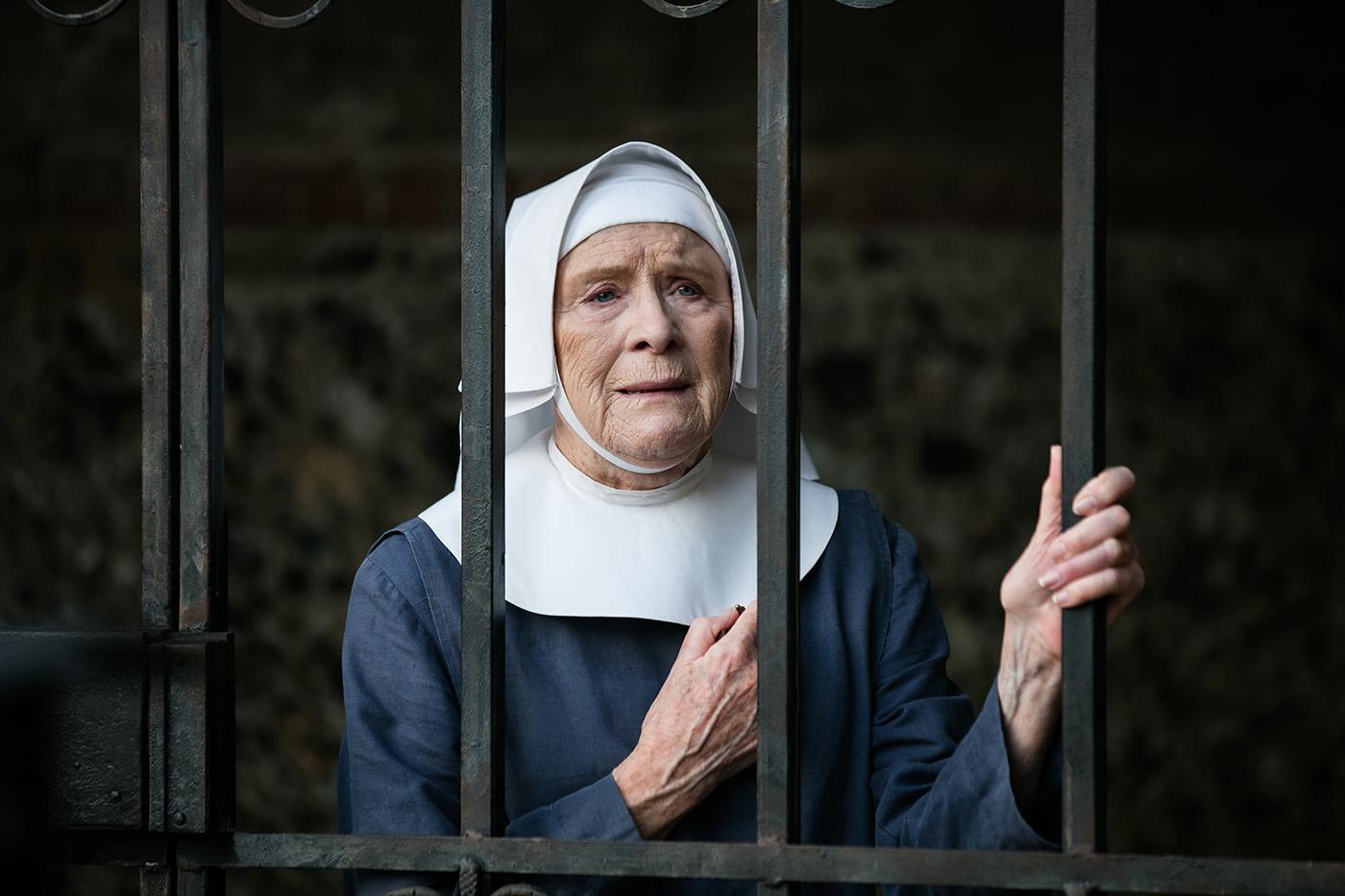 While the recent ballistic-related tension between North Korea and the United States may have been scary, it was nothing compared to the Cuban Missile Crisis of October 1962, as this episode of Call the Midwife shows. That thirteen-day standoff between John F. Kennedy and the USSR’s Nikita Khruschev over the presence of nuclear missiles in Cuba, Italy, and Turkey brought the world closer to nuclear apocalypse than perhaps ever before or since.

Like the rest of the Western world, the Nonnatans certainly feel the pressure. Fred is holding nuclear preparedness demonstrations and going around painting windows white to protect from the heat of an explosion. The Turners are distracted from their preparations for moving into a bigger house by the fear that they are bringing a child into an awful world. The news on the radio is both irresistible and terrifying.

But there are still pregnant women, so the work of the midwives must continue. Valerie has been assigned to Nadifa, a Somali woman left to face her impending labor without her husband when he must ship out on a merchant boat as a sailor. When Valerie examines Nadifa, she is startled by an unfamiliar adaptation to Nadifa’s body: she has been circumcised and stitched mostly shut. 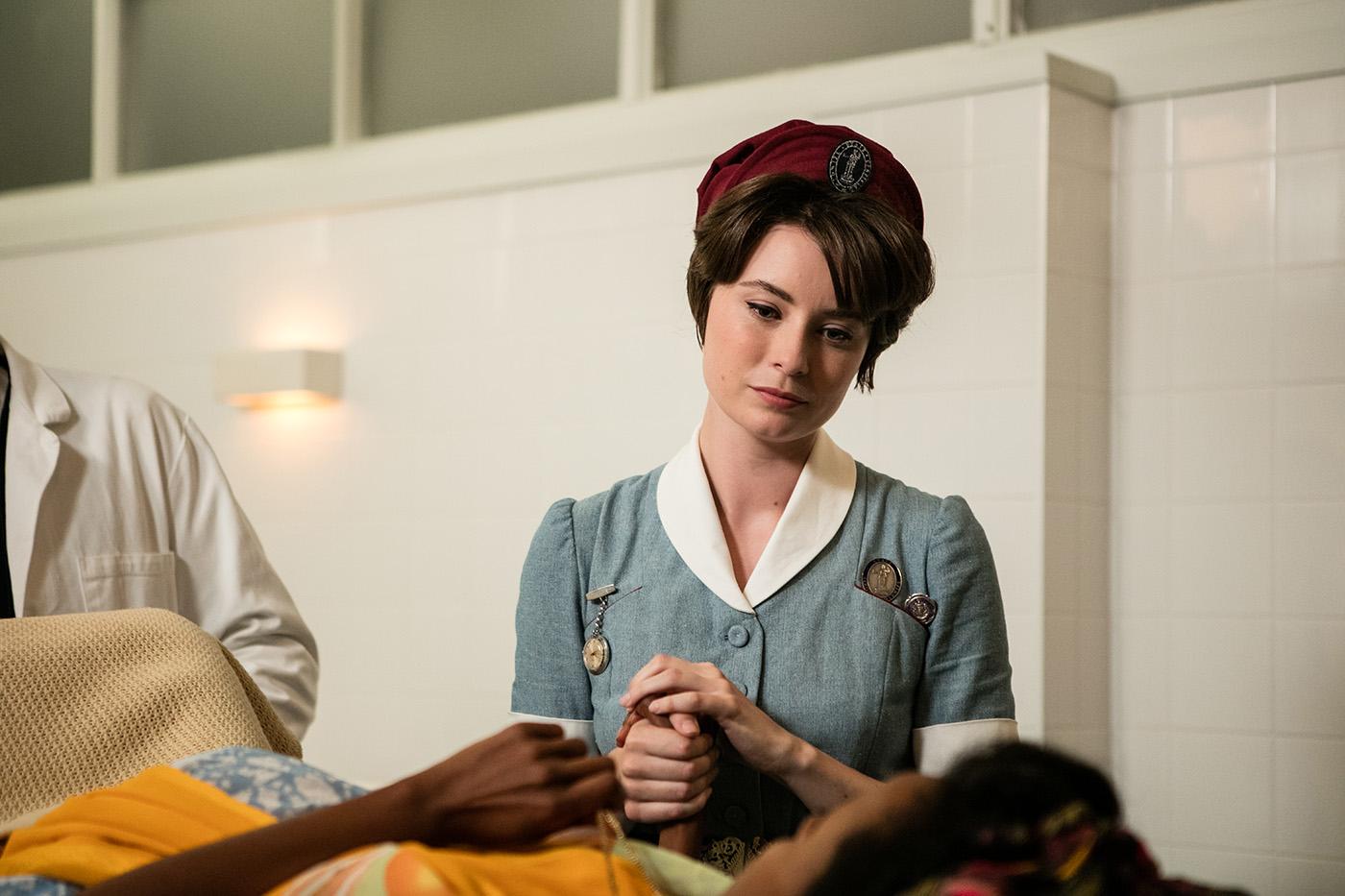 Valerie is startled when she discovers that Nadifa has been circumcised, and is uncertain how it will affect the birth. Photo: Neal Street Productions 2016 This is concerning to Valerie and Barbara, who fear that it will inhibit the birth. Dr. Turner schedules an examination at the hospital to determine what must be done. The specialist there orders that Nadifa give birth in the hospital, as some of the stitching will need to be cut open to make room for the baby.

Barbara later runs into Nadifa’s young sister, who aspires to be a nurse, and uses her as a welcome distraction from the worsening Missile Crisis. Taking her to Nonnatus House to collect clothes for Nadifa’s approaching infant, she also explains her medical tools to the curious girl. When Valerie steps in to bring the clothes to Nadifa, she finds the soon-to-be mother deep in labor – afraid that the doctor will hurt her in the same way as her circumcision, Nadifa has suffered her contractions alone at home.

Rushing to the hospital in an ambulance with Nadifa, Valerie realizes the labor has progressed too far and that she must deliver the baby immediately. After using scissors to clear the way for the baby’s egress, she successfully delivers an infant girl.

As Nadifa recovers, she voices concern that a male doctor repaired the tearing caused by the birth, then later requests that she be re-stitched for her husband – a request that is refused. When Nadifa’s sister is called back to Somalia, Valerie is outraged that she is letting the young girl go – the midwife knows that she will be circumcised if she returns. But Nadifa lets loose a burst of cultural relativism, angrily explaining that the tradition is a long-standing one and the purview of women, critiquing the fact that women in Britain must go to a man for obstetrics. 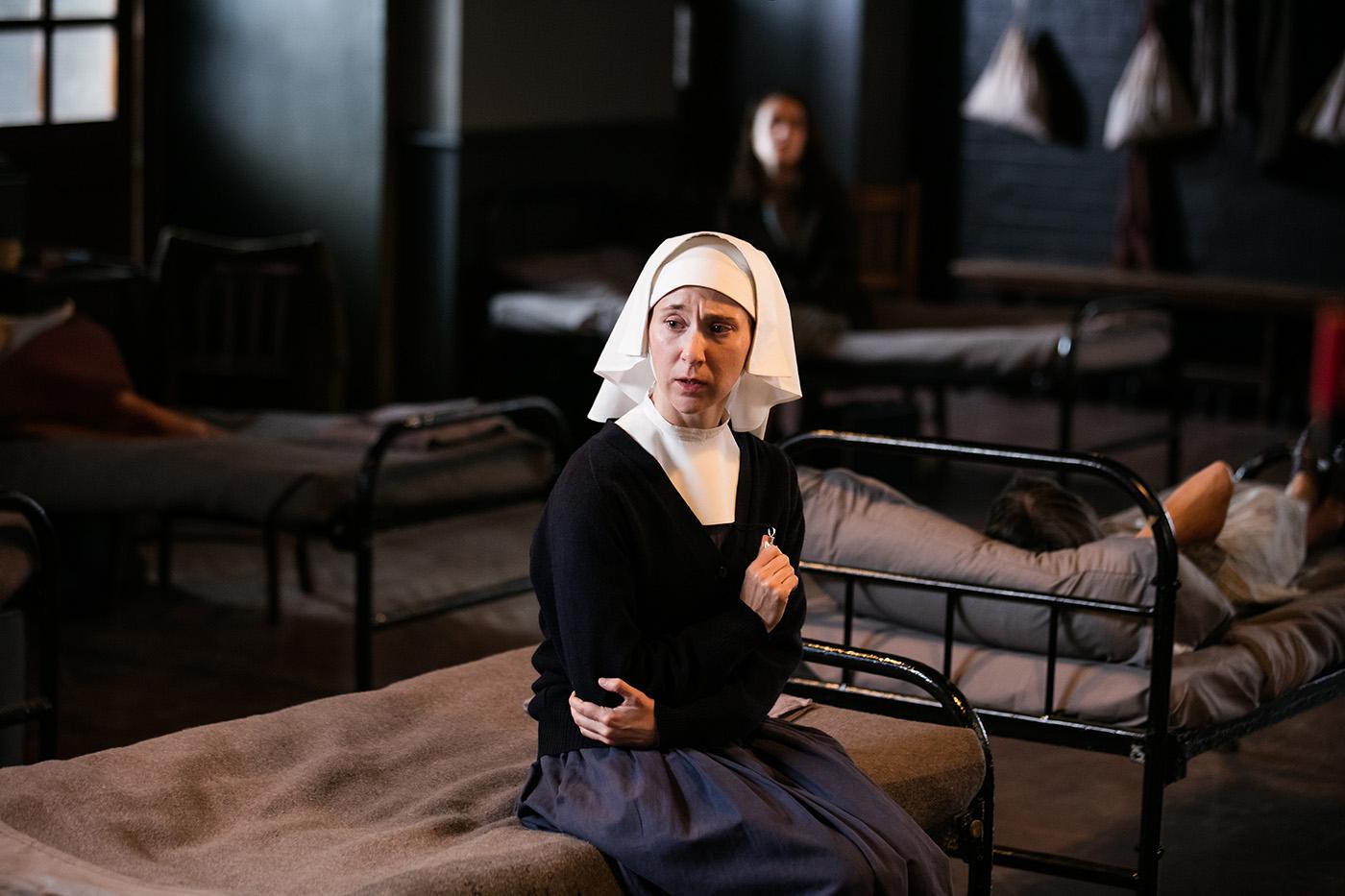 Sister Mary Cynthia is supposedly on the mend, but must first endure the indignities of a general ward in a mental institution. Photo: Neal Street Productions 2016 Another easily criticized aspect of British society on display in this episode is its treatment of mental illness. Having undergone shock therapy for her depression, Sister Mary Cynthia is transferred out of her private room in Linchmere and into a general ward. She is supposedly “on the mend,” and will be released soon. But first she must endure the difficulties of the ward: the near-loss of her nun’s habit, the limitation of her ability to say her daily offices, the disappearance of her bible.

She can at least receive visitors. Sisters Julienne and Monica Joan – who is fasting until Mary Cynthia comes home – pay a visit and apologize for not taking better care of her. Once Mary Cynthia is released back to Nonnatus House, she continues to doubt the depth of her faith and struggle with depression. Dr. Turner provides hope by referring her to a kinder mental institution in the countryside, one he himself attended when he struggled with mental illness after serving in the military. Mary Cynthia decides to stay there and give herself a fresh start, wearing the dress of a candidate to sisterhood rather than a habit, and shedding the forename Mary.

The turning point that pushed Mary Cynthia to leave Nonnatus House once again was the escalation of the Missile Crisis, which deeply upset her. The overwhelming anxiety of the situation also leads Trixie to set up a date with Christopher Dockerill, whose courtship she has been ignoring out of fear of commitment. Luckily for all, the world did not blow up in a nuclear apocalypse in 1962. Nadifa’s baby, Trixie’s new relationship, and Cynthia’s recovery all have the chance to mature and grow. 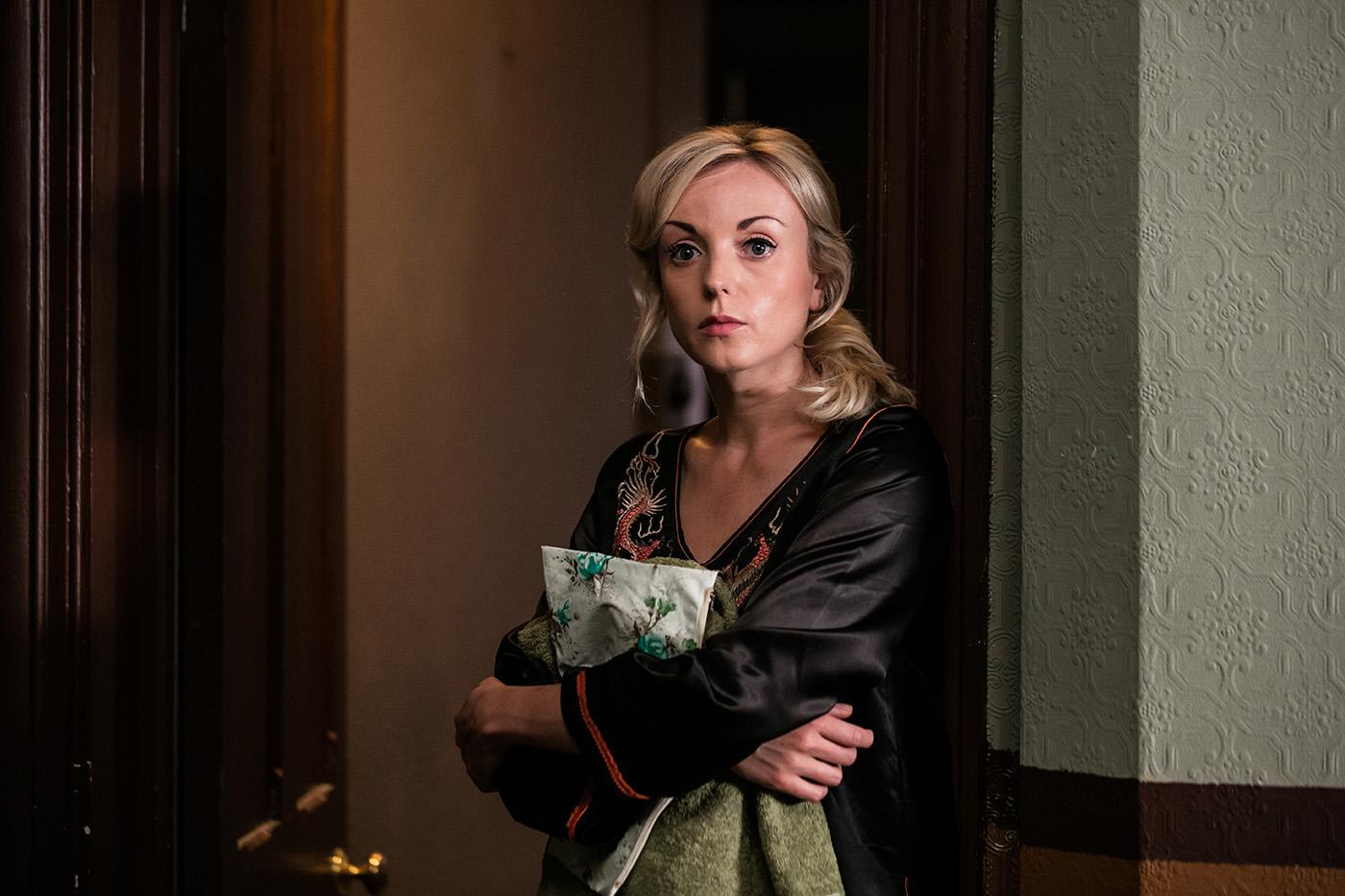 Hesitant in her romance, Trixie is motivated to commit by fear of the Cuban Missile Crisis. Photo: Neal Street Productions 2016