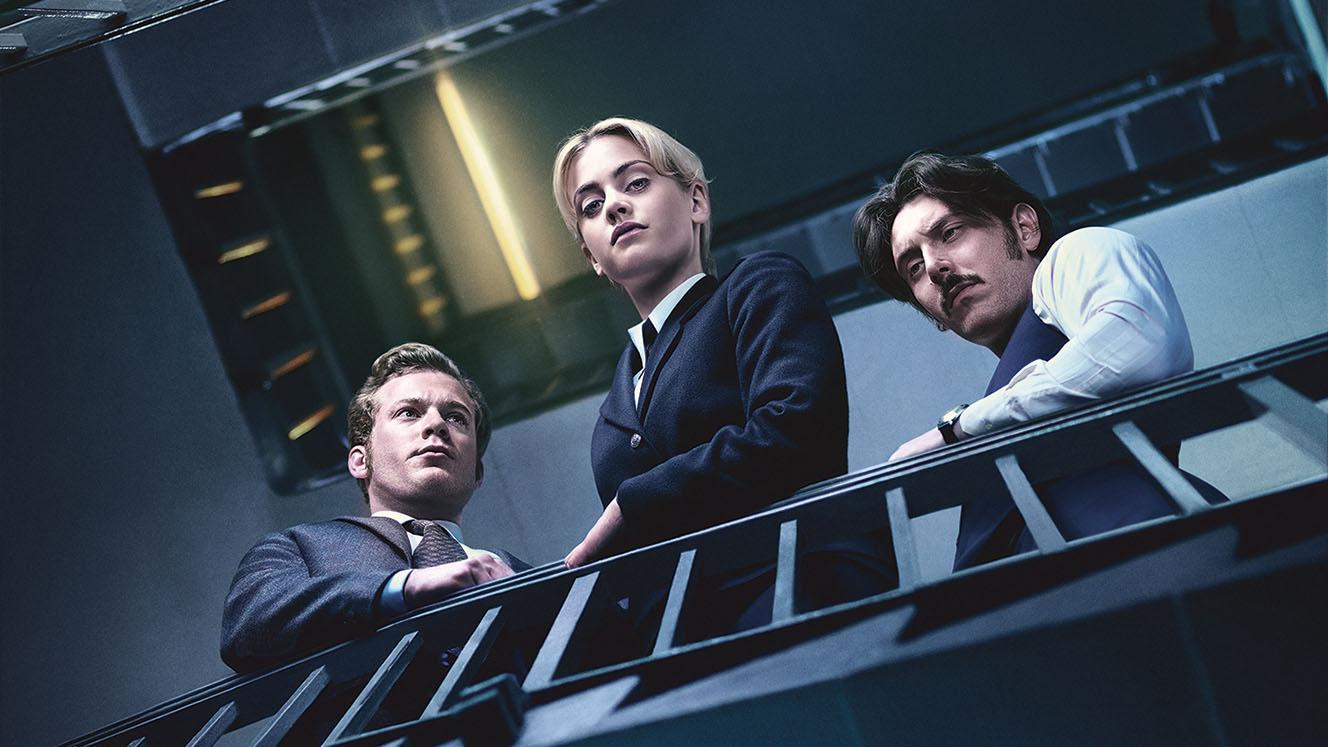 Prime Suspect: Tennison is available to stream. Read our recaps of parts one and two.

The case of Julie Ann Collins’s murder is all but wrapped up, but DI Bradfield has been distracted from charging Terence O’Duncie by a tip-off that Clifford Bentley is planning a crime. Bradfield is hellbent on sending Clifford back to prison for as long as possible – the criminal killed Bradfield’s trainee years ago but got away without a charge for murder. Bradfield and his officers shadow the Bentleys to Silas’s café and realize that the family is planning to rob the bank next door.

Bradfield insists that the police wait to arrest the Bentleys until the heist happens, so that Clifford receives the maximum sentence. When Silas gets cold feet and warns the police about the impending crime, Bradfield enlists him as an informant. As soon as the bank vault is breached, Silas will signal the waiting police to raid the vault. For this reckless plan and for his neglect of Julie Ann’s case, Bradfield is chastised by his superiors – to no avail.

Tennison has missed all of this. She’s at her sister’s wedding, but she’s so keen to learn about any developments that she phones the station from the reception and then leaves early to join the investigation. Upon realizing the extent of Bradfield’s obsession with Clifford, she warns him that his diversion from Julie Ann’s murder might lead to a false charge – she can’t convince herself that Terence killed Julie Ann. Such a forthright speech to a superior is bold, but then so is kissing him in his office. Morgan sees the smooch but shrugs it off in her excitement about an upcoming promotion. 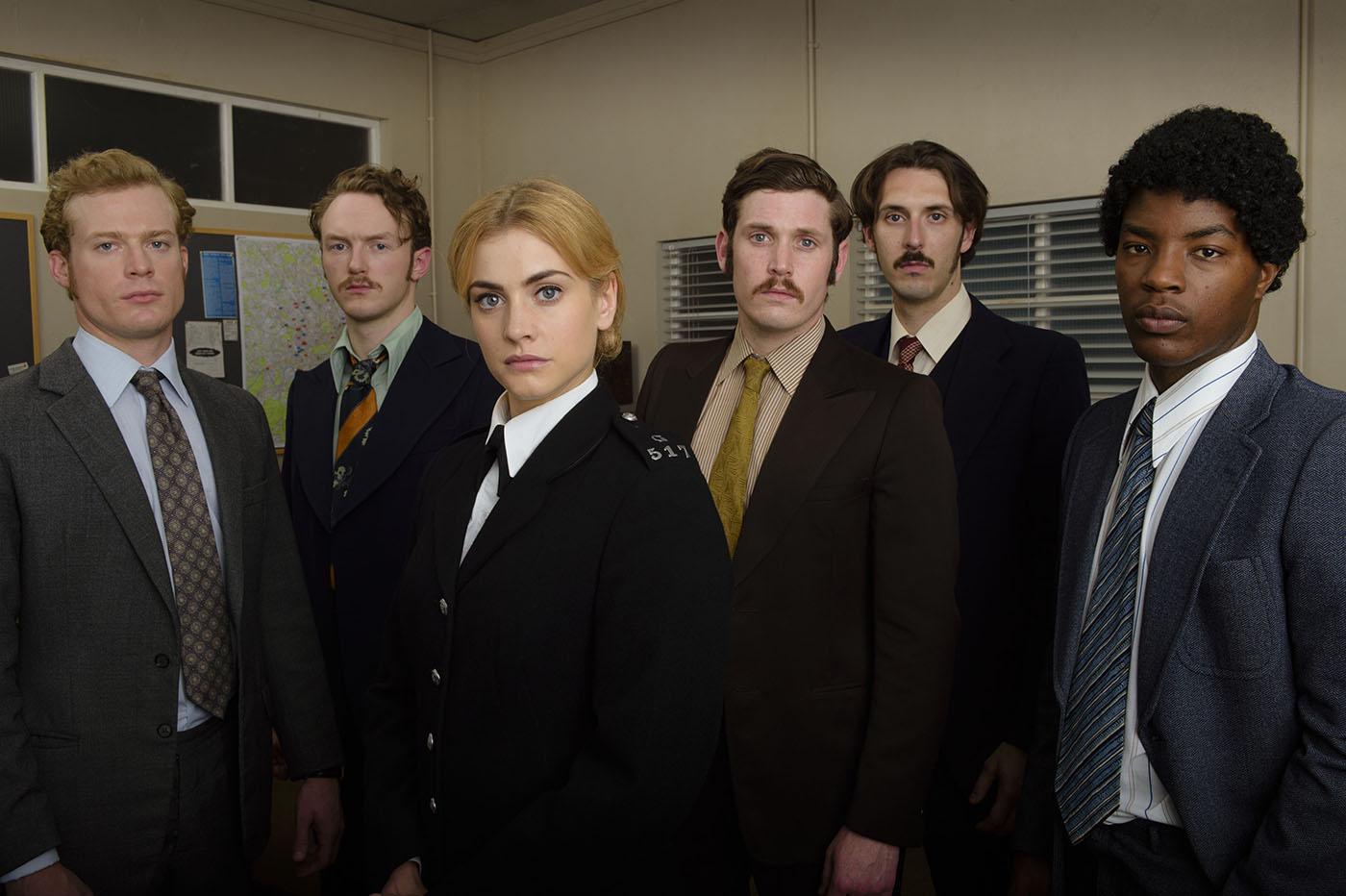 Photo: ITV Studios and NoHo Film & Television As for the Bentleys, Silas is making them nervous. They debate cancelling the heist, but the threats of Clifford’s co-conspirator Whiteley deter them. They uneasily go forward with the plan. When John finally breaks through the floor of the bank vault, Silas tries to sneak out and radio the police but is stopped by Clifford, who needs “all hands on deck.”

Silas’s testy neighbor nearly derails the police raid when she bangs on the café door to complain about the noise. Bradfield sends an officer to ward her off. David, in his sentry position, suspects police involvement. But instead of warning his family, he gets up and walks away. Tennison tails him to the Bentley garage. He eventually leaves and she and another officer search it. Tennison spies a necklace, recognizing it as the twin to Julie Ann’s bracelet. The murdered girl has been weighing heavily on David’s mind: his mom recently found a photo of the two of them, leading him to burn it and his last memento of her.

Back at the bank, Bradfield has waited long enough, and sends the police in. The vault’s complex locking system requires the nervous clerk to answer a call for a password. Clifford hears the ringing phone through the door. As the clerk fumbles with the combination, Clifford and Silas flee. John insists on robbing the safe before leaving: he has almost broken through. The clerk opens the door. John opens the safe. John’s blowtorch falls. Bradfield strides in. And the room explodes as the blowtorch ignites its canister of pressurized gas.

Bradfield, John, and his cousin are dead. Morgan is wounded, and Gibbs is nearly deaf. Clifford survives and makes it back to his wife Renee with a suitcase full of cash. David has already returned and headed for a hiding spot at a friend’s place. Clifford heads there himself while Renee waits for John to return – she doesn’t know about the explosion. When the devastated police team arrives to question her, they callously tell her that her son is dead, but she refuses to reveal the location of Clifford and David. She’s arrested. Even when Tennison tries to appeal to her maternal worry about the sensitive David, Renee refuses to budge.

Tennison wants to go on the next-of-kin visit for Bradfield, until she learns that the trip is to her lover’s wife and kids, whom she didn’t know existed. A tragic day is made even more unbearable. 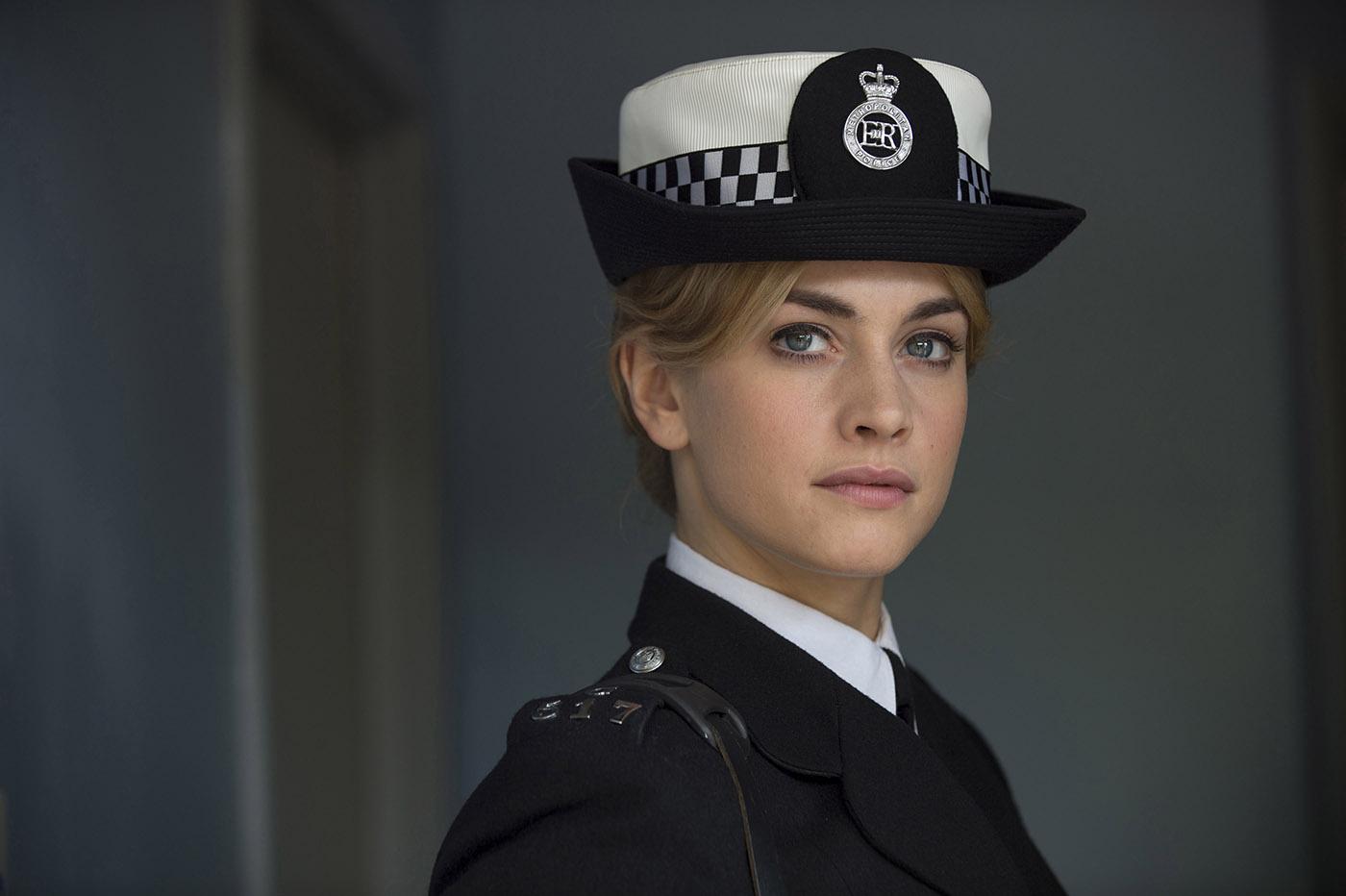 Photo: ITV Studios and NoHo Film & Television The forensics team find the rest of the money Julie Ann took from her father in the Bentley garage, as well as shoeprints that could be hers. The discovery of a piece of her bra in the Bentley van only seems to confirm that David killed her.

Gibbs and Tennison finally find the surviving Bentleys by visiting all Clifford’s known associates. Gibbs enters the bar through the back and is knocked out by Clifford, whose friend freaks. Tennison sees him speed away in a car and calls for backup, then spots David on the roof, ready to jump. She goes up to stop him, using the memory of Julie Ann to talk him down. He was Julie Ann’s boyfriend, but John didn’t trust her, so when David told her about the robbery, John killed her. David found the body.

Unfortunately, Clifford is still around. He storms onto the roof and points a gun at Tennison. David lunges towards him to stop him, and in the struggle Clifford shoots his son. Horrified, he flees while Tennison watches David die. Backup arrives and catches Clifford. It’s all over.

The traumatic end to the case tests Tennison. She seeks comfort in her parents as well as closure with Renee, by giving her David’s wallet. She’s on track to lose another friend, as Morgan is thinking of quitting the force. But Tennison is indomitable. She requests a promotion, and Morgan returns after all. As Tennison watches her friend in her new job as detective, she cracks a smile. 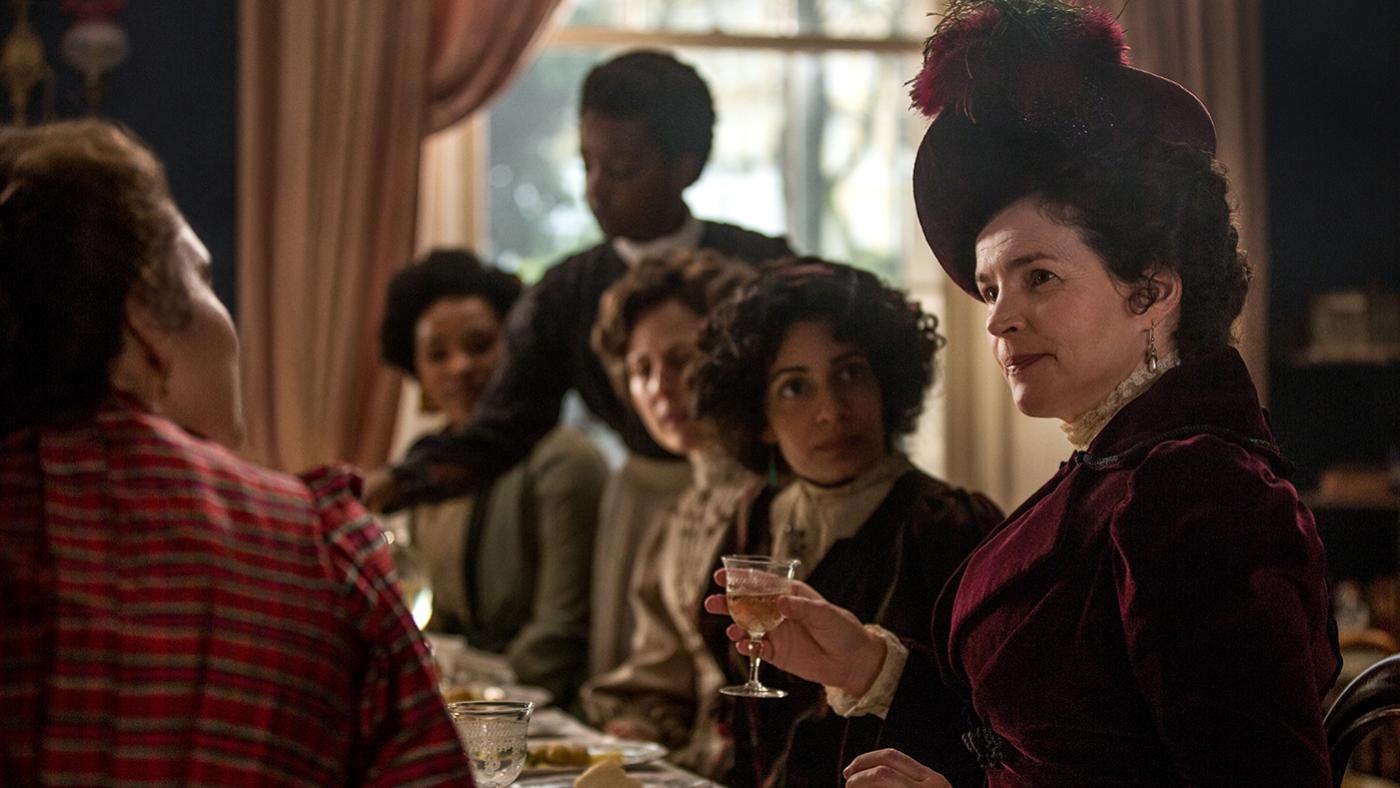 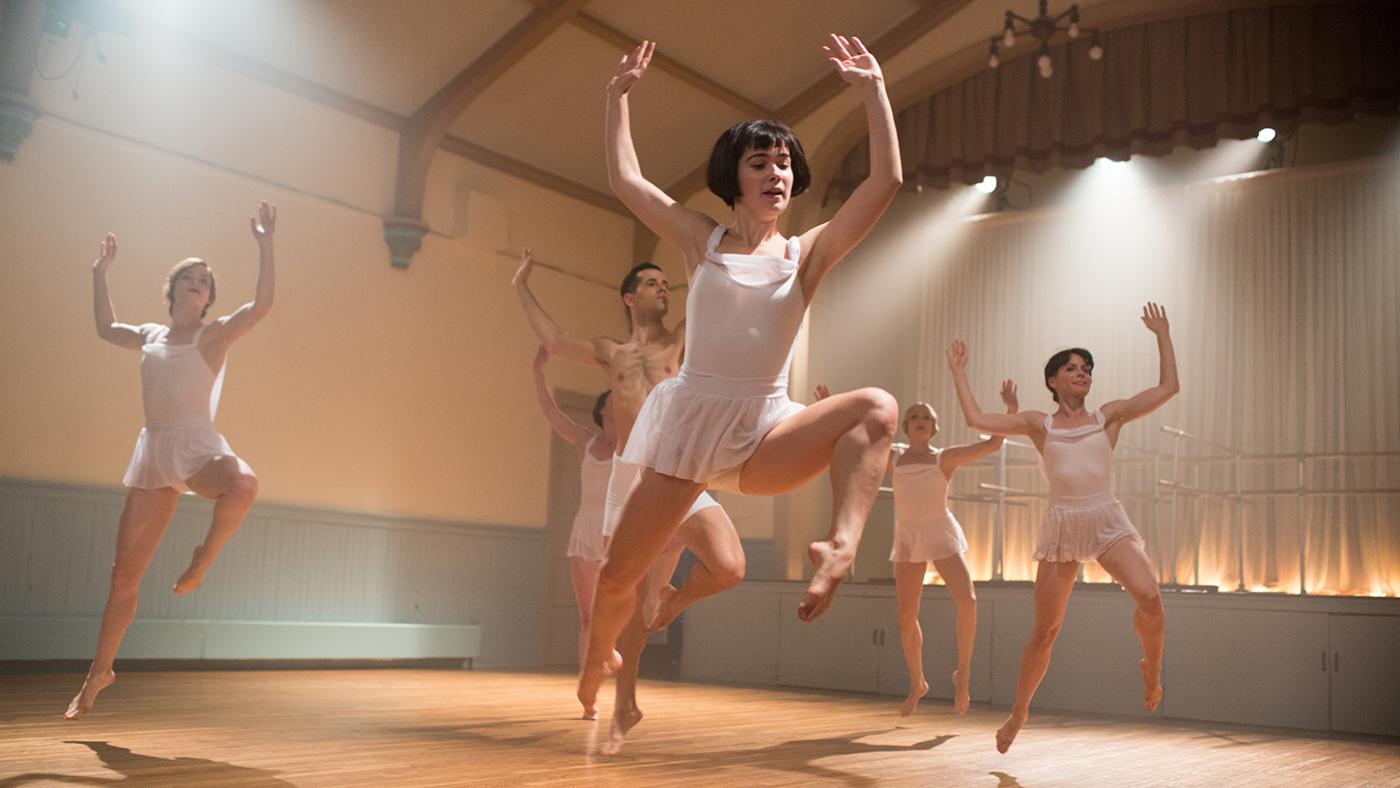