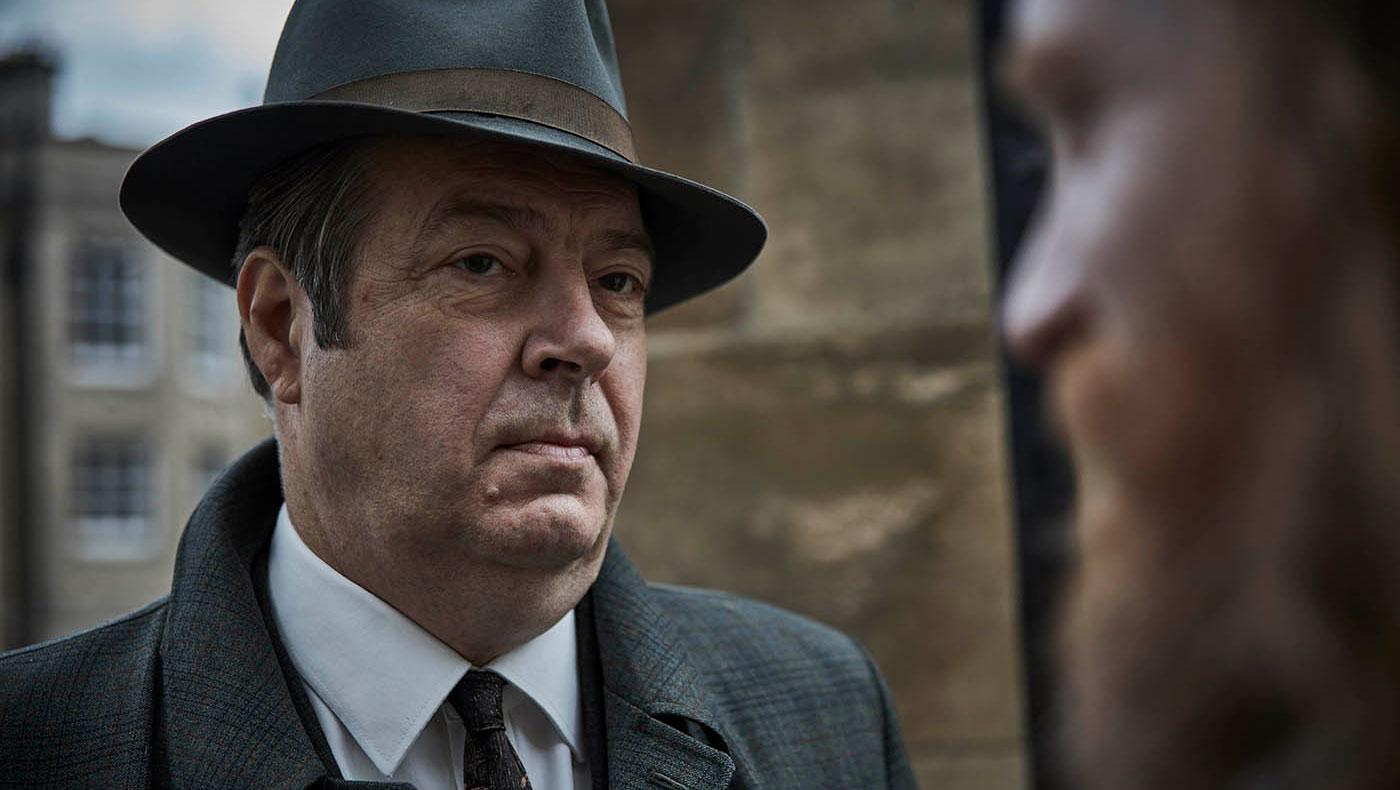 Endeavour airs Sundays at 8:00 pm and is available to stream. Read our recaps of the previous episode and other seasons.

The village of Bramford is an odd place, where ancient superstition and modern science collide. The villagers still hold pagan beliefs – the approaching autumnal equinox is an important festival for them – while a cutting-edge nuclear plant churns out electricity nearby. It’s also the site of crime both old and new. An archeological dig turns up a 2,000 year-old murder victim as well as some contemporary sunglasses, which might be a new clue in a cold case.

Five years earlier, a botanist named Dr. Matthew Laxman went missing around Bramford. County police investigated, but never found the body or a culprit. Thursday is convinced that County is inept, so he reopens the case. Laxman had a troubled marriage, but after his wife confirms that the glasses could be his, the only possible lead she has is to send Thursday and Morse on to Donald Bagley, a close friend and colleague of Laxman at Oxford. Bagley’s a bust, too. So is Nigel Warren, an apocalyptic street preacher who was the last person to see Laxman – Warren hitched a ride with Laxman near Bramford.

Morse visits the city itself to try to jog some memories. An American newcomer to the town, whose husband works at the nuclear plant, sends him to talk to Dowsable Chattox, a mystical old woman who lives in a shack in the woods. Morse is greeted by name, and by a rifle in the face. Chattox is a tarot reader; it’s her hand we have seen at the end of each previous episode, summing up the action with a tarot card. She warns a dismissive Morse of dark omens, and he moves on to the power station. The guards there turn him away, but when he tries to make an appointment he gets stuck in red tape.

Giving up for the day, Morse returns to his flat to find it burgled, everything in disarray. He believes someone is telling him it’s time to leave Oxford, and he starts to consider taking an offer to join the London police. Superintendent Bright, back from the hospital, supports the idea – it would be a well-deserved promotion for the brilliant detective. 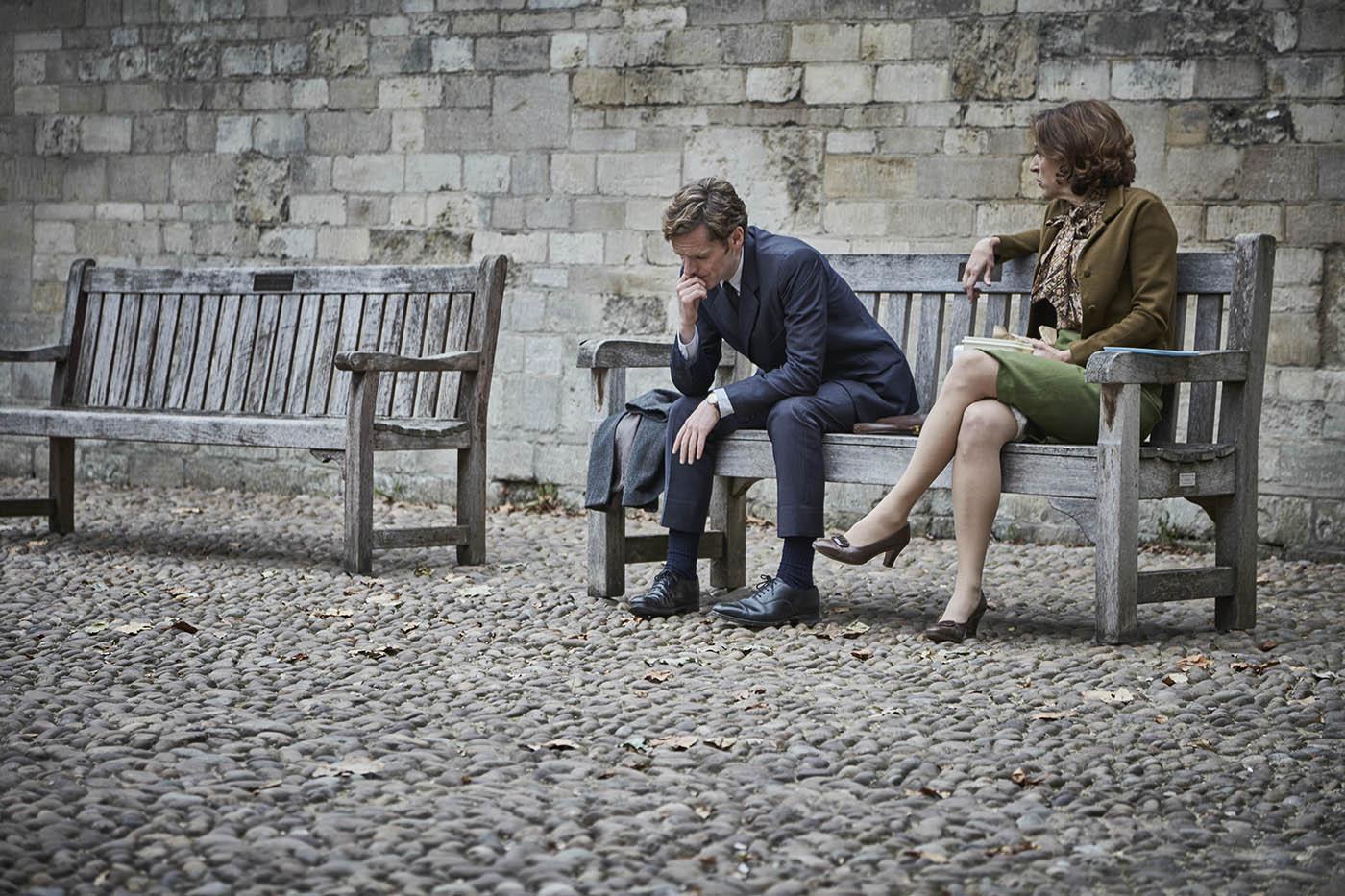 Dorothea Frazil comes to Morse's aid when he gets stuck in bureaucratic red tape. Photo: ITV Plc and MASTERPIECE Morse and Thursday next talk to Selina Berger, the sister of Bramford’s general practitioner, who recalls that she saw a broken-down car on the side of the road near the power station the weekend Laxman disappeared. (We’ve seen in a flashback that Laxman crashed.) Laxman was anti-nuclear, so maybe there’s a connection to the plant. An opportunity emerges to visit it: Dorothea Frazil has been invited to cover the unveiling of a new reactor, and she brings Morse along. The director of the plant reveals that Laxman’s friend Bagley was instrumental in bringing nuclear power to England, but began to advocate against it after his wife died of leukemia. On the tour, Morse encounters Jon Levin, the American scientist whose wife he already met in Bramford. Levin got his job through Bagley, with whom he studied – including at the time of Laxman’s disappearance.

While Morse is at the plant, Thursday is visiting his daughter. He found Joan’s address written on the back of a photo from Morse’s flat – his stuff was at the station to be dusted for prints after the burglary. Thursday figures out that Joan is having an affair with a married man; she counters that she doesn’t want a cookie-cutter, stifling life. When her partner comes in, they force Thursday to leave. But he lurks in the parking garage and roughs up the man when he comes out, warning him to never visit his daughter again.

Wandering the fields around Bramford to clear his head, Morse finds a scarecrow wearing a jacket with a radiation detection badge from the nuclear plant – it’s Laxman’s, and it has a tarot card in the pocket. He goes back to Chattox, who admits she did a tarot reading for Laxman when she found him snooping around the stream by her house. After she does the same for Morse and predicts an impending death, he goes to visit the owner of the land on which the scarecrow stands. In the barn he finds Laxman’s missing car, covered by a tarp.

Zebulon Sadler found the car and was going to sell it, but hid once the police started investigating Laxman’s disappearance. The police take Sadler to the station. Inside the car is a Geiger counter to measure radiation and Selina Berger's address. Selina admits that she was having an affair with Laxman; he stayed with her in Bramford the weekend he disappeared.

Joan’s affair has turned abusive. She has finally phoned her mother to say she’s alright, and Win is overjoyed. But when Morse comes home to his flat, he finds Joan outside with a bruised eye. Her partner also kicked her out of the apartment. Joan asks what she should do now; Morse responds, “Marry me.” She tearfully refuses, he hands her money, and she leaves, perhaps to return to the abusive boyfriend. Both Morse and Joan are devastated, and confused. 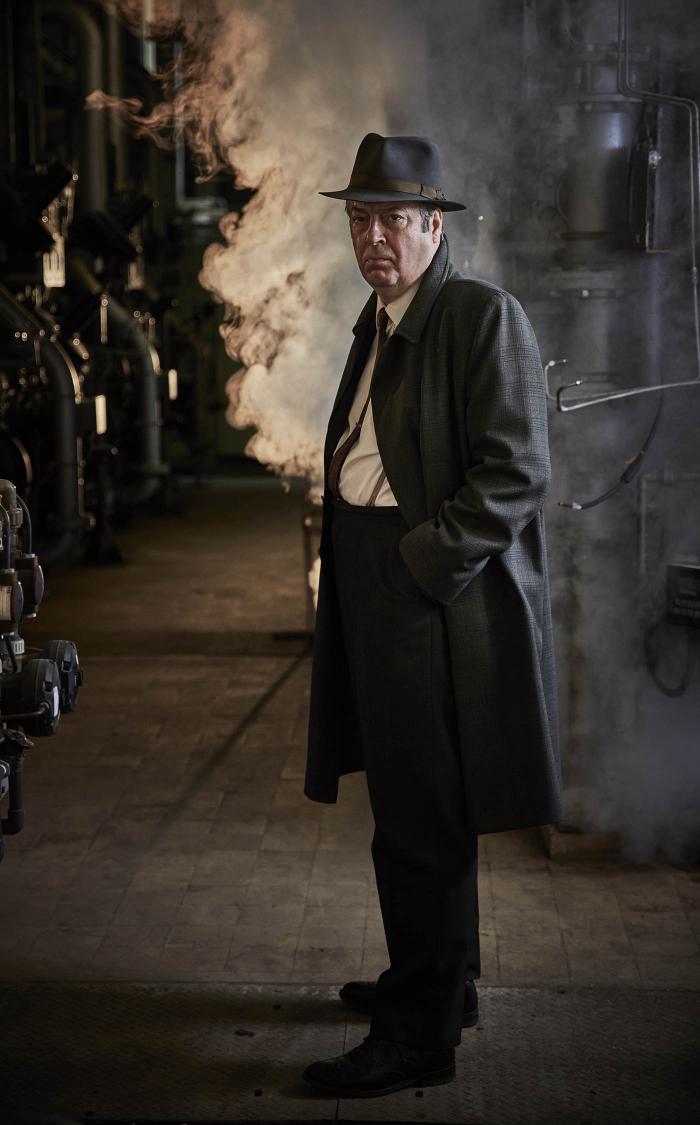 Thursday found his daughter and went to visit her, but it didn't go well. Photo: ITV Plc and MASTERPIECE Upon testing, Laxman’s jacket shows a high level of radiation. Sadler says he got the coat from Seth Chattox, Dowsable’s son. The police use a Geiger counter to search the area where Selina said she saw Laxman’s car. One spot sets off the detector. They dig and find Laxman’s body. (All of this is watched by nearby villagers celebrating the equinox with an earthy ritual.)

Soon the nuclear plant’s alarm is sounding, too early and too consistently for a test. Morse and Thursday race there to find Bagley pointing a gun at Levin, with Nigel Warren, the end-of-days preacher, egging Bagley on. Bagley hysterically explains that Laxman found a radiation leak in the groundwater six years ago but the plant wasn’t held accountable. So now Bagley is triggering another leak – hence the alarm – that they won’t be able to cover up. Warren, eager for anarchy, is encouraging Bagley by telling him that the plant had Laxman killed to silence him.

Thursday prevents a tragedy by appealing to Bagley’s love of his deceased wife. Bagley eventually lowers the gun, and Levin prevents the leak. But then Warren holds up a grenade and begins to walk towards vital machinery. Thursday apprehends him. Warren drops the grenade. Morse throws it in a barrel. It explodes, leaving Morse slightly bloody and tin-eared, but everyone else is okay.

Morse and Thursday go to visit Seth Chattox – he often lingered around Selina Berger’s house and was the one who gave Sadler Laxman’s coat. Morse makes deductions; Seth confirms them. Seth proposed marriage to Selina; she refused. He disliked Laxman, but still went to help him when he saw his crashed car. Despite Seth’s generosity, Laxman gloated about his affair with Selina to needle Seth. Seth punched Laxman and then tried to bury him, thinking he was dead. Laxman woke up, struggled, and died from a shovel blow to the head. His tale finished, Seth is shot – his mother has walked up with a gun. Better for him to die in the open air than go to prison.

Case closed – but Morse’s personal life is still disordered. He is called to the hospital, where Joan is recovering from a bad “fall” – probably more violence from the awful boyfriend. Will Morse leave for London? He and Thursday have both been awarded a medal by the Queen for their bravery at the plant, so he’d be well-received. But we’ll have to wait until next season to find out.