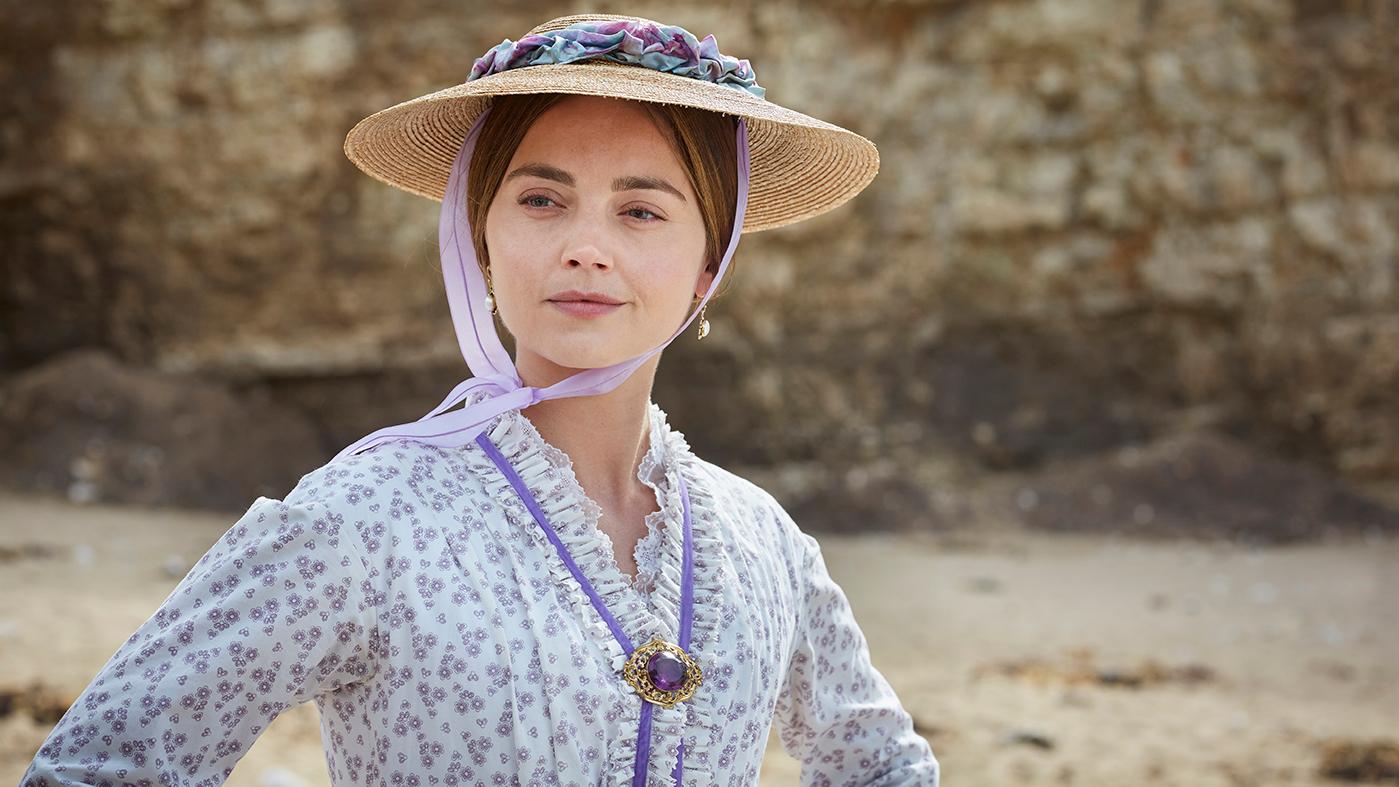 Victoria is available to stream. Recap the previous and following episodes and explore all of our Victoria content.

An island is a confined place, perfect for bringing pent-up emotions and rivalries to a boiling point. Victoria is already upset at Albert and her advisors for forcing her to retreat to safety on the Isle of Wight; when she learns that Lord Palmerston has given a speech in Parliament praising the revolution-preaching Hungarian Lajos Kossuth and denigrating Europe’s tyrants, and furthermore has invited Kossuth to London, she becomes even more eager to return.

But Albert refuses. While he’s also concerned by the diplomatic ruptures Palmerston may have caused, he wants to remain in the idyllic paradise he has constructed at Osborne House, which he himself designed. The estate is ideal for the education of his and Victoria’s children, so they should remain there – especially since heir apparent Bertie is a recalcitrant student. Albert’s continued excoriation and humiliation of the boy further angers Victoria.

Learning that Francatelli is leaving her employ doesn’t help Victoria’s mood. Nor does hearing that Palmerston has invited Kossuth to a dinner. She insists on going back to London to prevent Palmerston from taking further advantage of her absence; Albert still refuses. “Then London must come to me,” Victoria decides.

Cue the arrival of Palmerston and Lord Russell, the Prime Minister – at the most embarrassing moment. Trying to please Albert by taking advantage of the island’s amenities, she goes for a swim at the beach. Too bad she doesn’t know how to swim, and has to be saved by Skerrett. And it’s right then, as the queen lays gasping on the sand after an abortive attempt at recreation, that the two politicians appear. 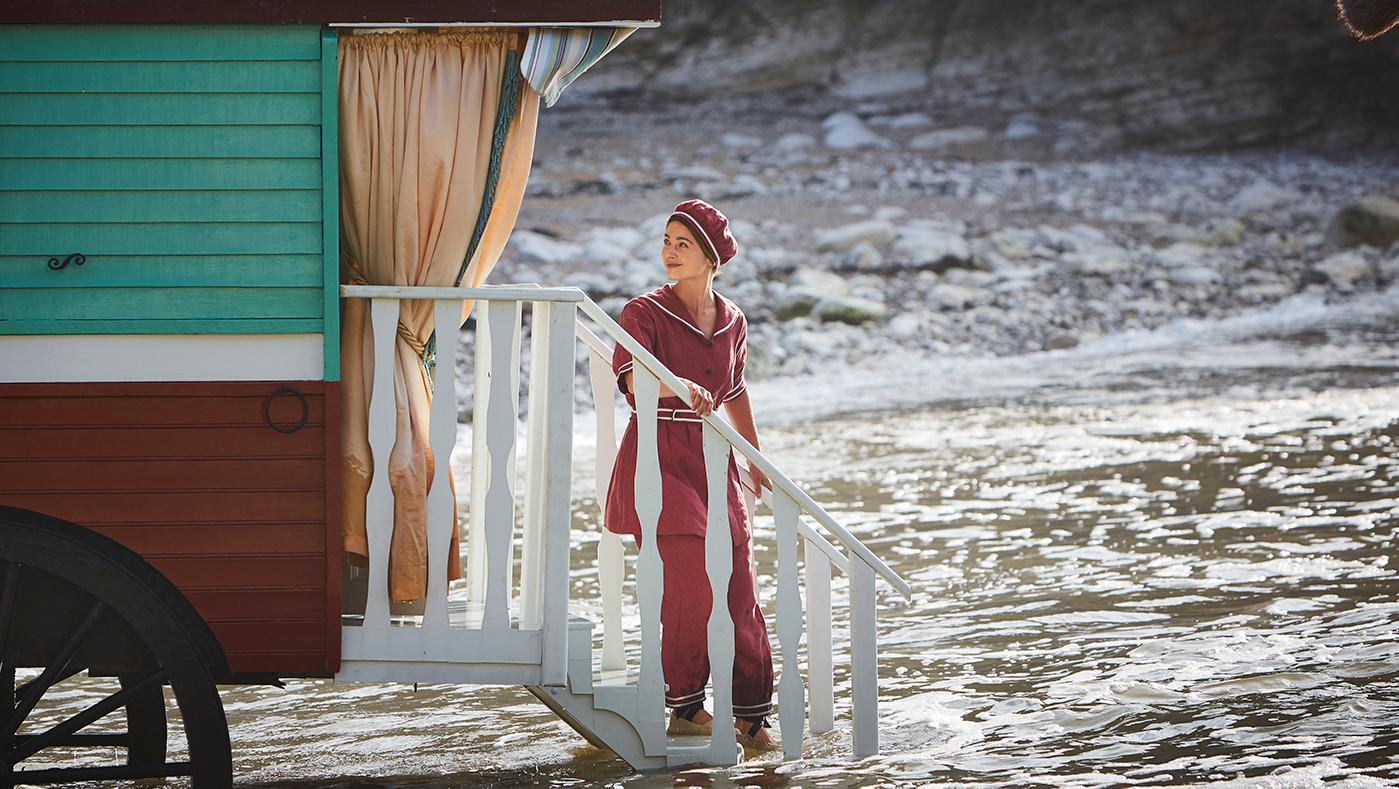 Victoria tries to make Albert happy by taking advantage of the amenities of the Isle of Wight. Photo: Justin Slee/ITV Plc for MASTERPIECE

And the visit only goes downhill from there. Victoria orders Palmerston to retract his dinner invitation to Kossuth, send him away, and write to monarchs across the continent affirming Britain’s support of them. Palmerston smirks at her in response.

Perhaps out of hospitality, or more likely to further annoy Victoria, Albert insists that Palmerston and Russell stay at Osborne House for the evening, instead of rushing back to London to obey the Queen. The island grows ever more crowded.

Palmerston immediately begins sowing trouble. He flirts with the impressionable Sophie, Victoria’s mistress of the robes, who is currently susceptible to a dashing man: her cruel husband, Monmouth, has sent her young son away to boarding school in her absence from London. Palmerston’s first attempt at seduction is interrupted by the watchful Lady Emma, who had her own dalliance with Palmerston in the past. So he tries again in the quiet of night, sneaking into Sophie’s room and leaning over her bed to give her a kiss in the dark – except it’s not Sophie. She has switched rooms with Feodora, Victoria’s sister, who longed for a view of the sea. Palmerston quickly scurries out of the room.

Feo now has power over Palmerston. Good thing, too, since he knows that she could now safely return to her home in Germany but is lying to Victoria about the danger there in order to stay in England longer. Feo and Palmerston both agree not to reveal the other’s secret to keep their own safe. 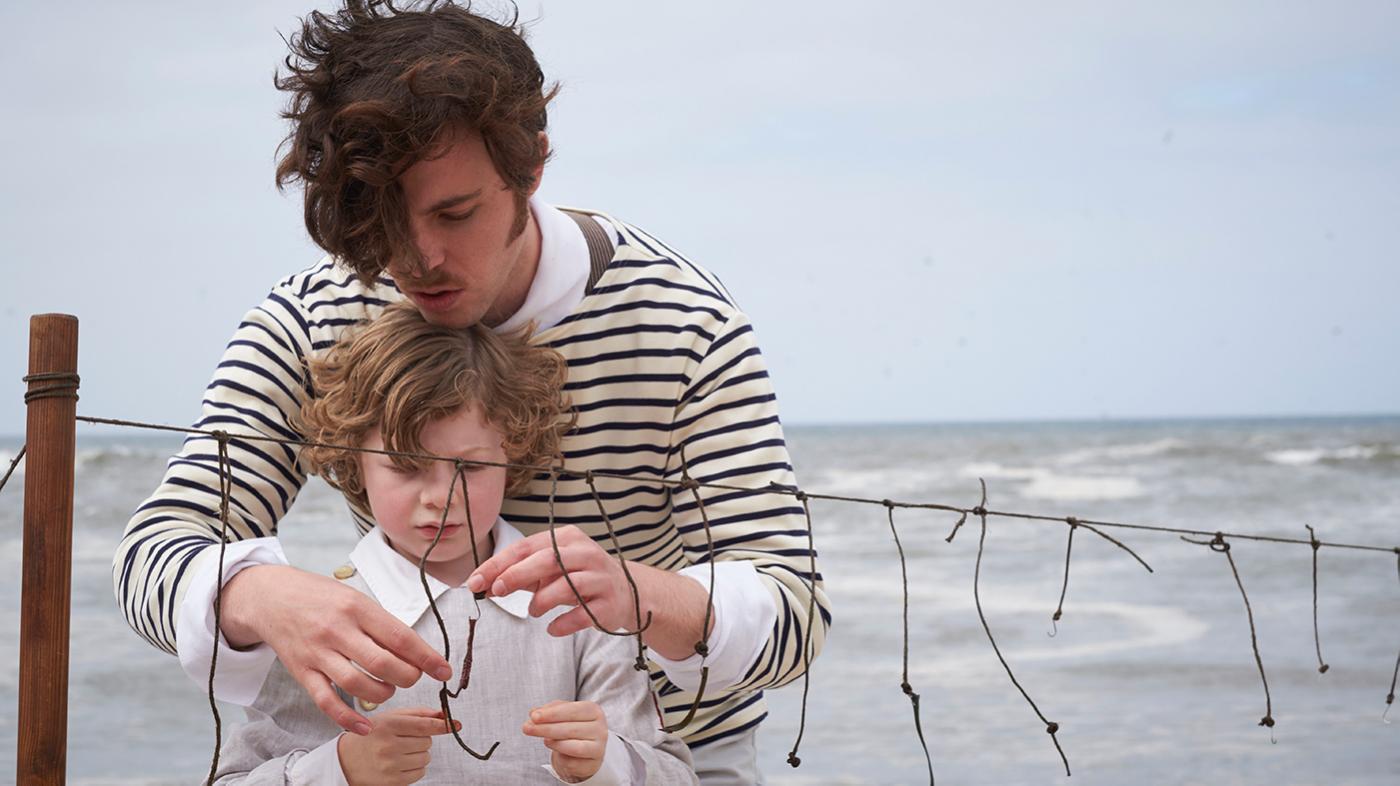 Albert is constantly berating Bertie for not living up to his expectations regarding education. Photo: Justin Slee/ITV Plc for MASTERPIECE

After his embarrassing mistake, Palmerston drops his pursuit of Sophie. Lady Emma warns him that a romantic fling right now would ruin Sophie, given her marital problems. Palmerston acquiesces, and brusquely turns Sophie away when she tries to flirt with him. Broken up by the rejection, Sophie leaves sobbing and nearly runs into Joseph, the new footman who has taken an interest in her. He offers her a handkerchief and commiserates with her, making her feel better. Joseph’s newly forged bond with Sophie soon proves useful: Penge fires Joseph for going swimming when he should have been at church (Penge has never liked Joseph), but when Sophie finds out about the dismissal she intervenes, saying that Joseph was running an errand for her. He retains his job.

Skerrett, however, is leaving her position. She finally works up the courage to tell Victoria that she has married Francatelli and will be leaving the queen’s service. The news pushes Victoria further into a foul mood. Her disagreements with Albert are growing ever more serious, and a new one has been added: having asked Palmerston to make his case for harboring Kossuth – it will show the world that Britain is not afraid of democracy and that Victoria is a tolerant queen – she now agrees with him, and tells him to keep his dinner with the Hungarian.

Albert still thinks Kossuth should be expelled. He tells Victoria that she’s exactly like Palmerston: she just craves the adulation of the people. Needless to say, Victoria does not take this well. The animosity between Victoria and Albert soon becomes so great that it flares up in public. At dinner before Palmerston and Russell leave, Albert once again chastises Bertie. Bertie lashes out in return and Victoria defends her son. Albert tells her she’s not worthy of his respect; she throws her wine in his face. 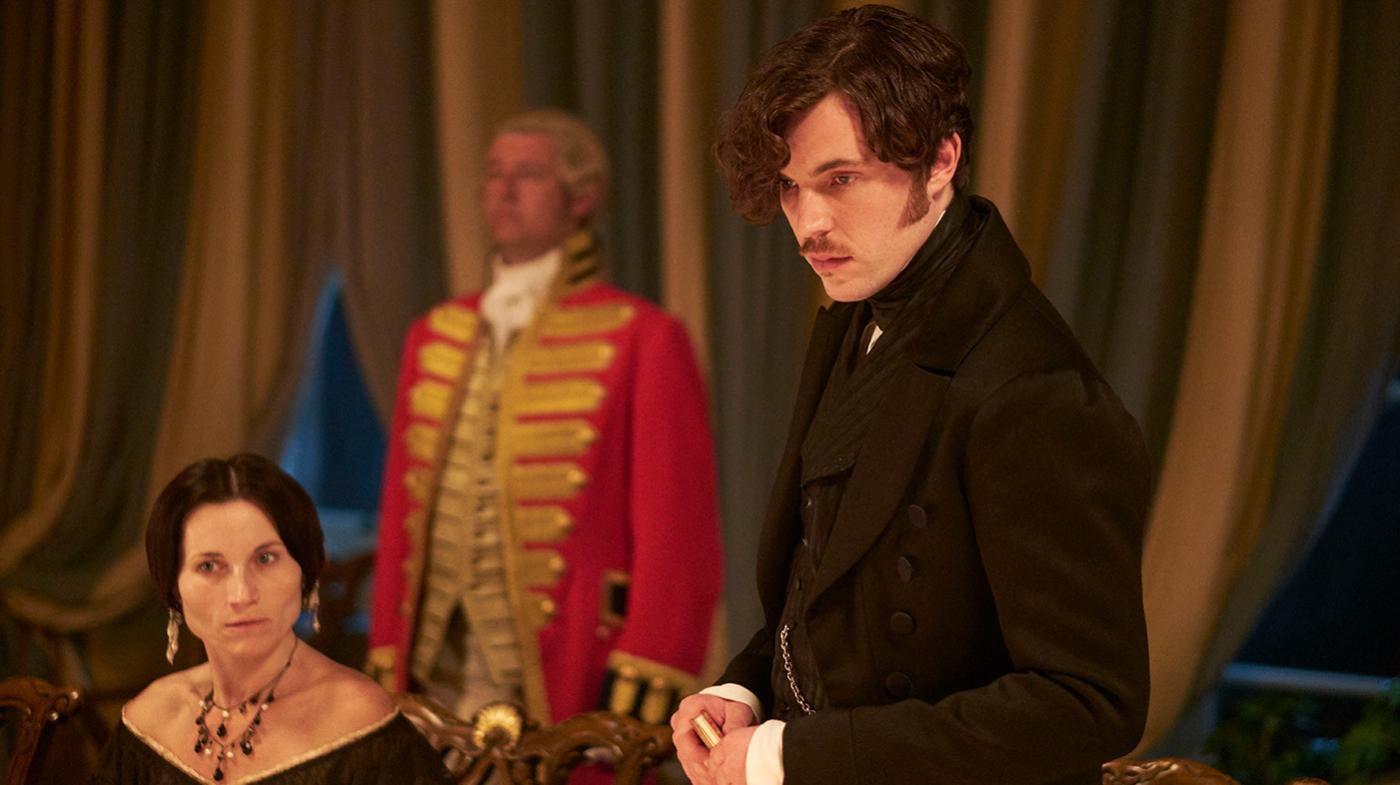 In the wake of this incident, Feo comforts Victoria and Albert separately but also sneakily fuels their feud by planting rumors. What is she up to?

Victoria makes up her mind to return to London; she tells Albert he can stay at Osborne if he wants. He does at least follow his wife back to the palace, but when she tries to speak with him he locks the door of his study on her. Sophie’s not the only one with a marriage on the rocks.

And Kossuth? Palmerston knew what he was doing. At the dinner, no one pays him any attention when he launches into a diatribe.