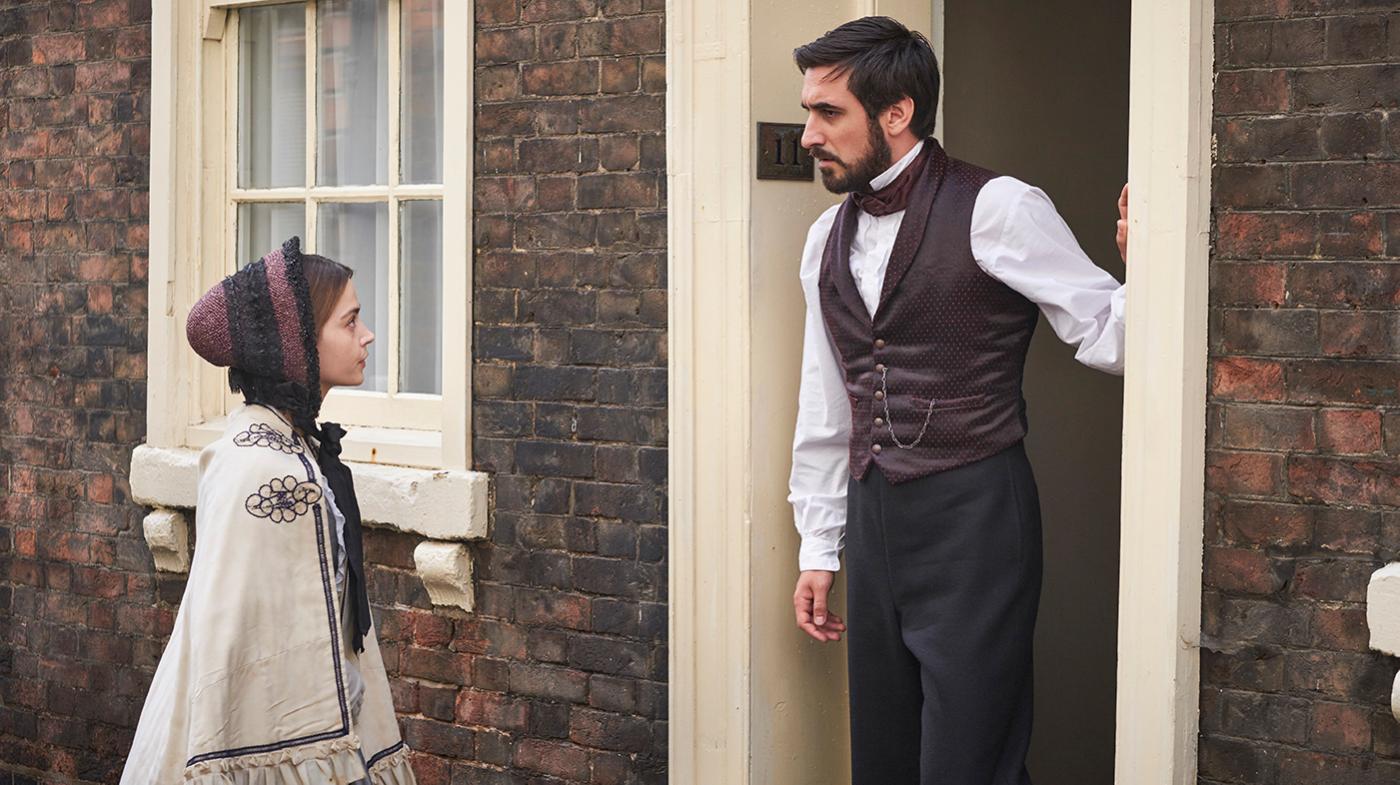 Victoria is driven to reconcile with Skerrett due to harsh circumstances. Photo: Justin Slee/ITV Plc for MASTERPIECE

Victoria is available to stream. Recap the previous and following episodes and explore all of our Victoria content.

Victoria and Albert are not speaking. All communication between them has dwindled to punchy notes handed off to servants. Albert insists on a male tutor for Bertie; Victoria tells him to stop criticizing their son. Albert is off to Cambridge to be installed as chancellor; Victoria tells him he can’t go today: a large group of foreign ambassadors is arriving to pay tribute to their new daughter.

When another letter for Victoria comes, this time from Skerrett, the queen throws it in a drawer. Her frustration with Albert makes her angry at her former dressmaker, too. Besides, Skerrett’s replacement can’t do Victoria’s hair correctly.

Skerrett is busy readying her and Francatelli’s new hotel for business, along with some help from Abigail, the Chartist who has done embroidery work for the palace. And she’s also gotten pregnant, to her and Francatelli’s delight. She goes to the apothecary for a tonic to aid the pregnancy, but it seems to have the opposite effect: she’s soon in intense pain, and quickly degenerates into feverish hallucinations while bedbound.

Back at the palace, during a recital for the ambassadors by the celebrated Jenny Lind, Lord Russell receives word that there’s a cholera outbreak in Soho, a neighborhood not far from the palace. Various medical experts feed Victoria theories about the cause of the disease: foreigners brought it, or it travels via toxic “miasma” in the air, so the queen shouldn’t leave her clean-vapored palace. Wrong, a younger doctor with a stammer interjects. He doesn’t know what causes cholera – he has to gather proof first – but the other doctors are incorrect. 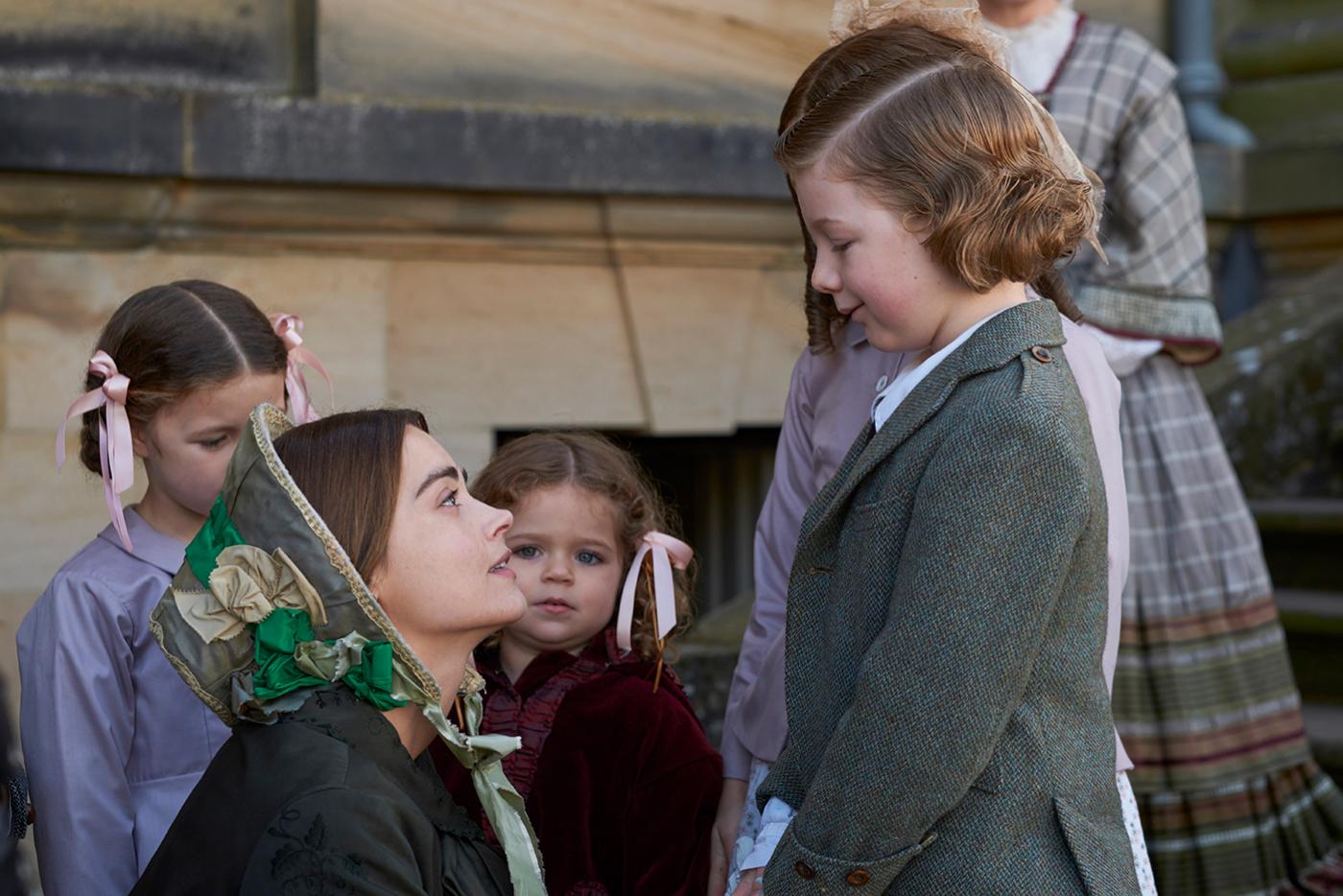 How to treat their son Bertie continues to be a feuding issue for Victoria and Albert, who aren't even on speaking terms. Photo: Justin Slee/ITV Plc for MASTERPIECE

Wanting to understand the suffering of her subjects, Victoria asks Palmerston to arrange a visit to a hospital. Why him? Because Victoria knows he’s okay with breaking rules.

They go together, and Victoria is stunned by the disease’s toll. She questions a nurse there about the prevailing “miasma” theory; the nurse dismisses it as bunk, since she’s never caught cholera despite working with patients. All she knows is cholera follows poverty. The only doctor who visits the hospital with any regularity is the one with the stammer, John Snow. Victoria thanks the nurse, and asks her name before she leaves. It’s Florence Nightingale.

Victoria summons Snow to the palace – but he refuses. He doesn’t have enough evidence yet to present a theory, though he’s working tirelessly to gather it, mapping each incident of cholera and questioning the patients’ about their doings before contracting it. He’s viewed as an eccentric by other doctors – it’s even rumored that he doesn’t eat meat or fish.

In the midst of the outbreak, the Duke of Monmouth orders his wife Sophie to come home from the palace. But he has been cruel (when she asked to visit her son, whom Monmouth sent away to boarding school, he threateningly whispered that “everything you are fond of belongs to me”), and it could be dangerous to go out in the streets. Sensing her hesitation, the footman Joseph tells Sophie that he’ll refuse on behalf of her. Monmouth says it’s an order. Joseph suggests Sophie say the queen has ordered her to stay, a successful path. The footman and duchess have an intimate moment, observed by Penge – they’re growing close.

At Cambridge, Albert gives a speech promising to reform Cambridge by adding the natural sciences to its classical curriculum. He is denounced and soon faces opposition from a conservative theologian in his bid to be chancellor – something that has never happened before. Nonetheless, Albert narrowly wins the chancellorship when it’s put up to a vote – thanks to the unexpected advocacy of Lord Palmerston, who is a Cambridge alumnus. Palmerston is not always on the side of science and reason – but in the case of cholera he has come around. 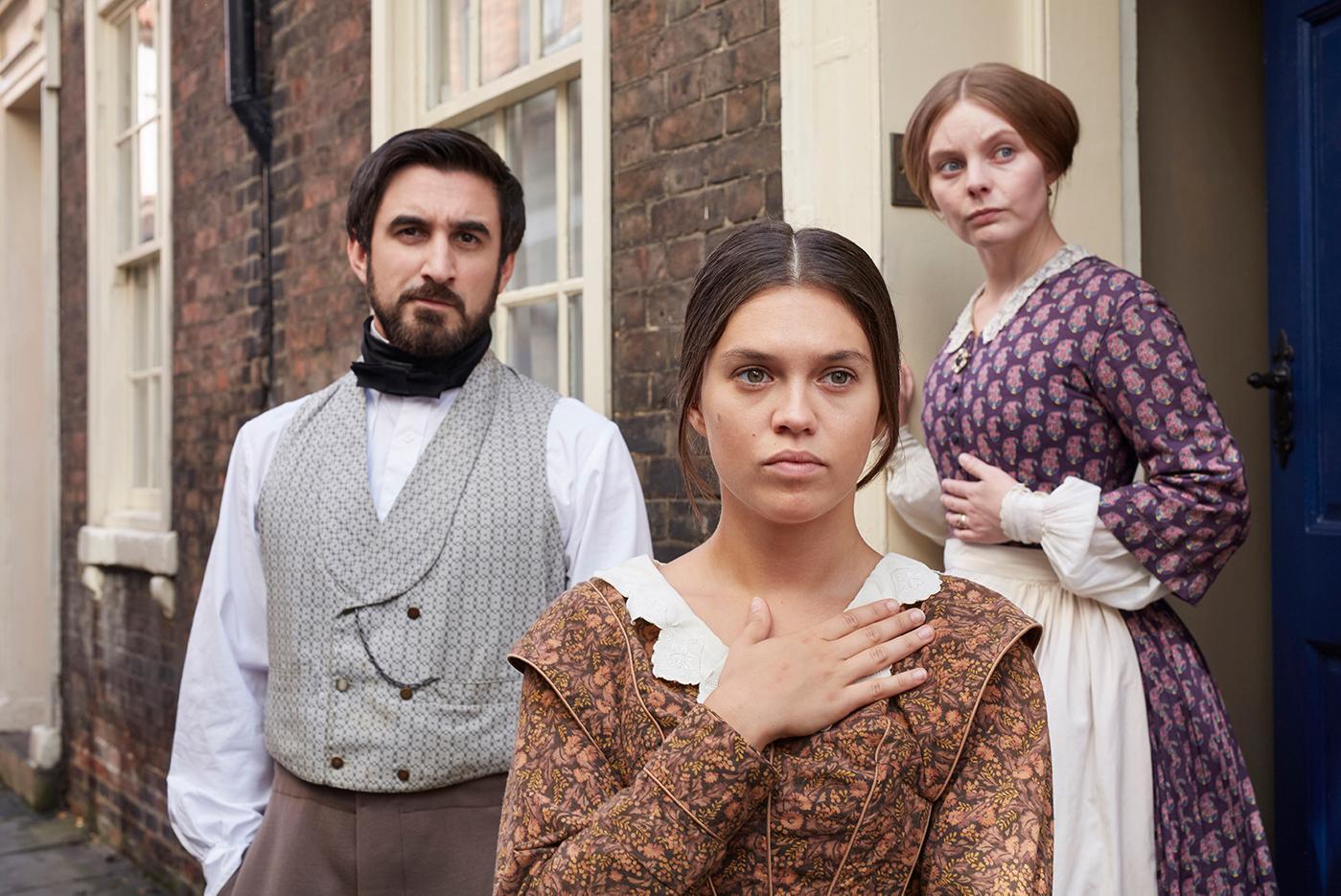 The cholera outbreak is much closer to Francatelli, Skerrett, and Abigail, who are readying the new hotel for opening. Photo: Justin Slee/ITV Plc for MASTERPIECE

Dr. Snow finally comes to the palace with evidence of how the cholera has spread. Russell is dismissive; Victoria dismisses him, so that Snow can relax and ease his stammer. Snow has discovered that the disease must be transmitted through water, specifically a single pump in Soho. Women and children are more likely to contract cholera, because the men drink beer. A nearby village had only a single case, and the woman stopped at the pump in Soho both for herself and for tonics for her apothecary. Brodie, standing by, interrupts and nervously asks which apothecary. He had been at Skerrett and Francatelli’s hotel for a house-warming, and noticed Skerrett taking draughts of a tonic.

Everyone rushes to the hotel, where they find Skerrett in her dire state. Snow confirms that it’s cholera, not the pregnancy – and that there’s nothing he can do.

Victoria returns to the palace devastated. She at least finds some comfort in Albert, who has finally given up his argument against her that she’s too obsessed with the adoration of the people. His near-defeat at Cambridge has shown him that it’s not enough to just be right – you must also win over the public. Feodora is unsettled by the reconciliation she had worked so hard to prevent.

Victoria finally reads Skerrett’s letter, which explains that she needed to begin a new future, and recommends Abigail as her replacement. As Skerrett dies at the hotel, she tells Francatelli that she should have married him sooner. He names the hotel Nancy’s Inn in her honor.