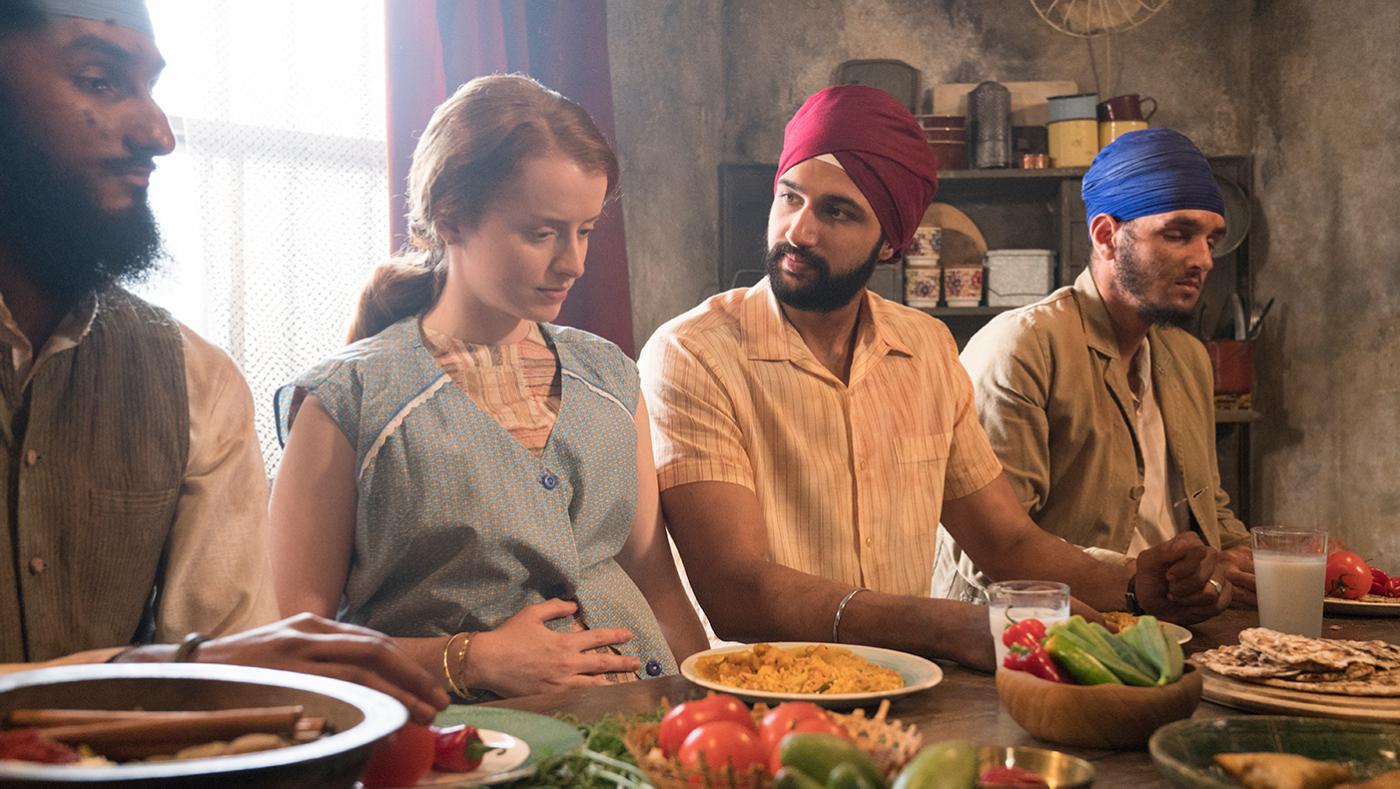 Although Cilla Singh's living conditions are less than ideal, she's happy – but her mother is not. Photo: BBC/Neal Street Productions

Call the Midwife airs Sundays at 7:00 pm and is available to stream for a limited time. Recap the previous and following episodes..

Cilla Singh and Enid Wilson are both pregnant, but in very different circumstances. Cilla shares her dingy home with several South Asian men, including her husband Pardeep, who makes minimal money at a paint factory. She’s young, newly married, and this is her first pregnancy. Enid is older and has already had a child. She lives in a middle-class home with a husband who is a conductor for the London Underground. They do have one connection, however: Cilla is Enid’s daughter.

Enid refuses to speak to Cilla, even when they run into each other at the clinic. Not that she doesn’t care for her: she asks Sister Julienne to update her on Cilla’s pregnancy, but Julienne cannot because of patient confidentiality. She suggests that Enid ask Cilla herself. But Enid disapproves of Pardeep – not, she insists, because of his race, but rather because he has Cilla living in poverty amongst other men.

That’s not Pardeep’s fault. He is denied a promotion at work because the owner wants to keep the South Asians in manual labor positions; he can pay them less. Luckily, the Nonnatans are generous and kind-hearted where the factory owner is not. Fred acquires a used pram and Shelagh donates it to the Singhs for their coming child. While she is at their home, Enid stops by, nose high in the air as she scans their living conditions. She offers to let Cilla stay at her house, but not Pardeep. Cilla refuses. Enid departs with a disdainful look.

Sergeant Woolf fears he’ll meet disdain from Phyllis, of whom he is enamored. Wanting to appear cultured, he asks her to a photography exhibition in Soho, claiming to appreciate the photographer’s work. It’s embarrassing, then, that the exhibition consists of primarily of artsy nude photos; Woolf fesses up, and Phyllis genially accepts his lack of cultural knowledge. But he still doesn’t get a dinner date from her. 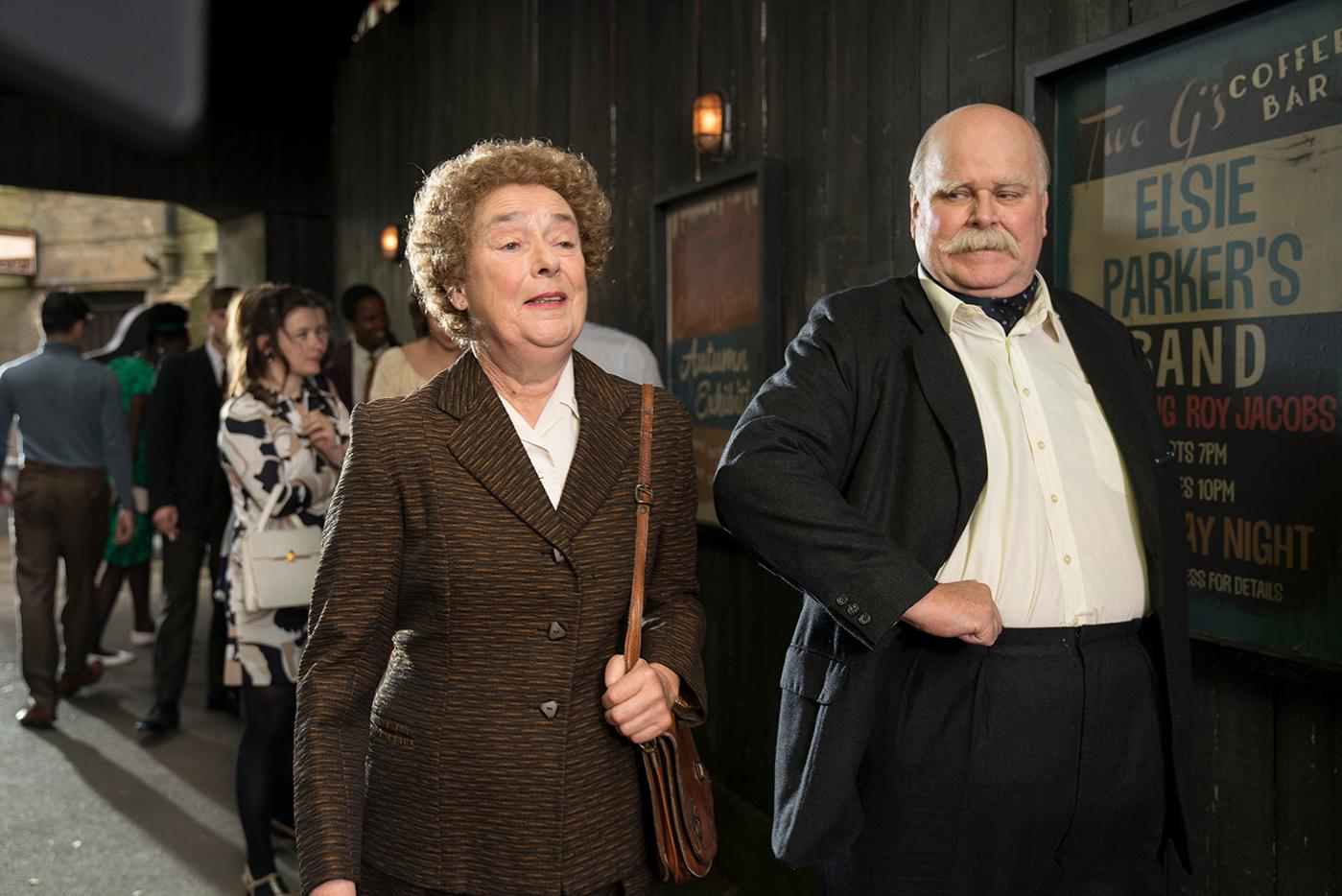 The hip crowd at the exhibition fits Trixie and her friend Jeannie much more than it does Phyllis and Sergeant Woolf. The two fashionable young women bonded in Trixie’s “Keep Fit” dance class and when Jeannie recently gave birth to a second child. Jeannie and her husband Frank are moving to a new house, and she’s working part-time at a store while he takes on extra shifts so that they can save up some money.

When Jeannie feels nauseous and later complains of excess saliva, Trixie guesses that she might be pregnant again. Doctor Turner confirms: Jeannie is three months pregnant, even though she only gave birth seven months ago.

Jeannie doesn’t want another child. She loves the two she has and wants to give them the best; if she has another, she won’t be able to ensure a great life for them, she tells Trixie. And she’s worried that she’ll end up like her mother, who had seven children in eleven years, suffering nervous breakdowns through it all. Don’t women get a choice in what their life looks like? She broaches abortion with Frank; he immediately shoots down the idea because it’s illegal.

Still, Jeannie goes to Doctor Turner and tries to get him to prescribe a termination on medical grounds. Although he understands that she doesn’t want the child, he can’t break the law, and refuses.

So Jeannie dips into her and Frank’s savings and heads down a back alley. When she returns home, she’s in some pain. It quickly worsens, and within a day or two she’s ashen and shivering with cold. But she won’t let Frank call the police. Instead, she just asks him to hold her and keep her warm.

Sister Frances also has a health issue, though it’s nowhere near as bad. She has contracted ringworm. Sister Julienne treats it with an ointment, and takes the chance to tell Frances that her door is always open, if she ever needs anything; Julienne and Shelagh both worry that they haven’t been able to befriend the young nun. 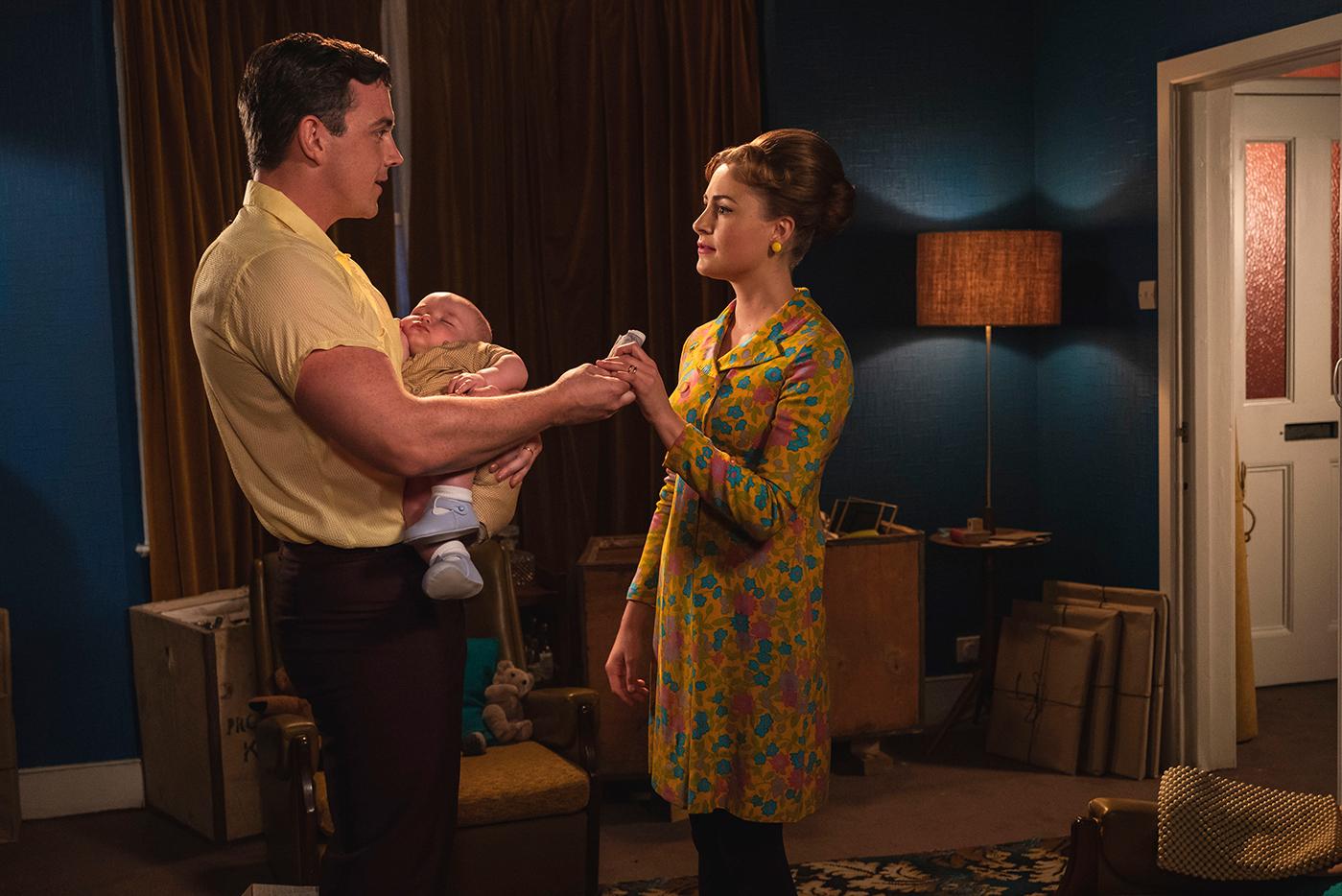 Jeannie has recently given birth to a second child, but is now pregnant again, contrary to her plans. Photo: BBC/Neal Street Productions

Cilla also requires some extra medical supervision: her blood pressure has been high, and her urine contains too much protein. Shelagh checks her into the maternity ward early for monitoring. Unfortunately, Cilla’s mother is also there, directly across the aisle, as Enid’s water broke early in a false alarm. Mother and daughter passive-aggressively antagonize each other but refuse to talk.

When Cilla complains of a ferocious headache, Doctor Turner realizes she has toxemia (nowadays called pre-eclampsia) and sedates her for the birth. Enid went through the same thing when she had Cilla; she is left to sit anxiously with Pardeep, who arrives breathless with worry. While the delivery with forceps is nerve-wracking, both mother and her baby son come out from the ordeal okay.

But Cilla is still sedated and must rest, so the baby’s first interaction with family is being held in Pardeep’s arms while Enid looks on beaming. Seeing Pardeep’s intense joy and gratitude sparks some fond feelings in Enid. Since Cilla cannot sit with her son on his first night – and Enid regrets not being able to sit with Cilla the night she was born – Enid tells Sister Julienne that she will watch over him for Cilla.

When Cilla is finally able to meet her son the next day, Julienne tells her and Pardeep of Enid’s vigil. Enid apologizes to Cilla for ostracizing her; when Cilla was sedated, she thought she had lost her, and regretted their broken relationship. Cilla excuses her; now that she has a child, she understands wanting to protect them at all costs. When Enid goes into labor, Cilla is there to hold her hand. And Enid gets Pardeep a better-paying job via her husband, in the Underground.

Jeannie has a less happy ending. When she becomes non-responsive in her husband’s arms, he finally calls Doctor Turner, who immediately ascertains what has happened: Jeannie got an abortion and has contracted an infection as a result, just like Cath Hindman. Doctor Turner rouses her, and her first words are “Will I get in trouble?” She dies in the ambulance.

Doctor Turner explains Jeannie’s circumstances to Frank, and that he refused to prescribe an abortion for her. Frank is angry, confused, distraught. Doctor Turner blames himself for not giving Jeannie a choice. As the women of Nonnatus digest the terrible news, Sister Frances suggests that Jeannie may have gone to the same woman as Cath, since they both contracted septicemia. Valerie is furious and wants to find the woman and stop her from doing this to any more desperate women. Everyone feels helpless.