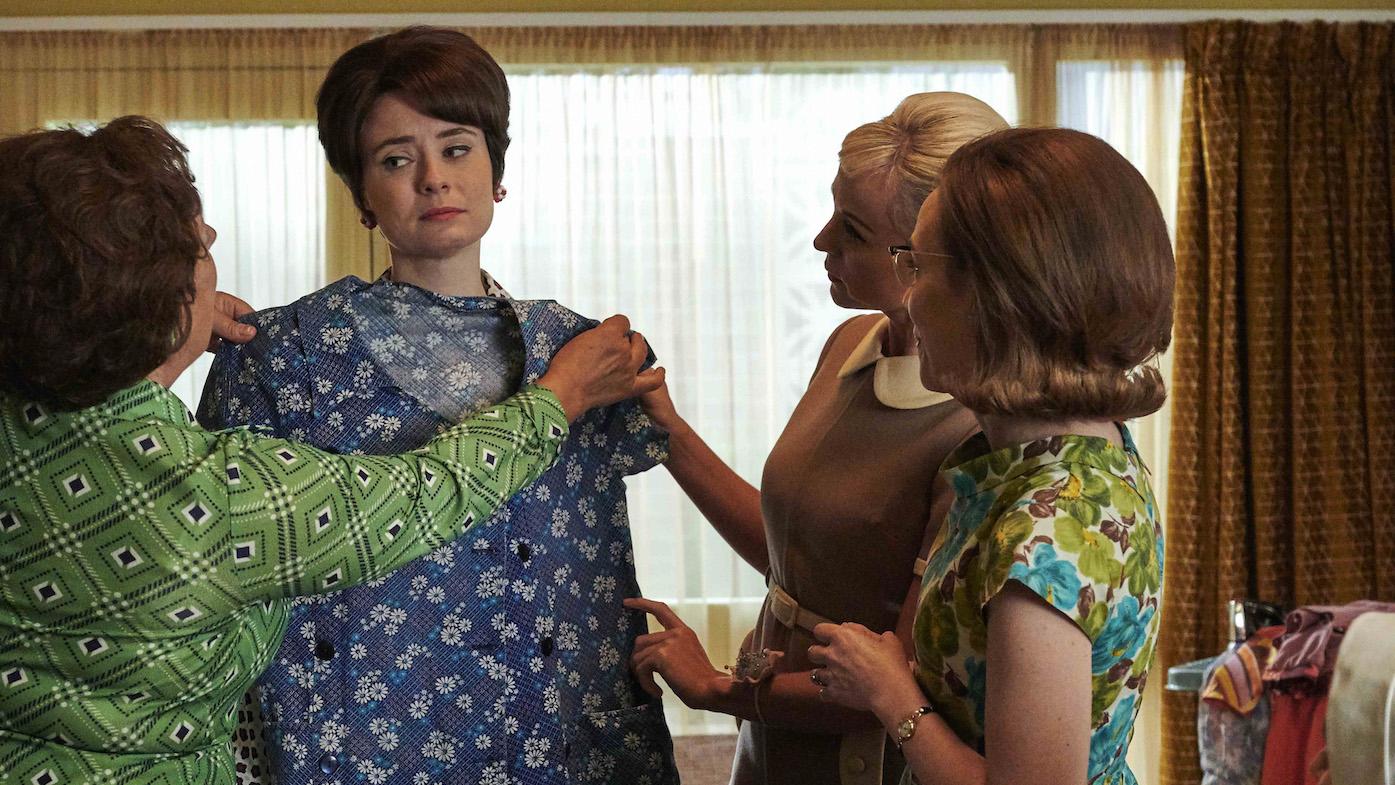 To raise money for an incubator, the midwives are holding a fashion show. Photo: BBC / Neal Street Productions

The world is modernizing, including health care, and Poplar is trying to keep up. Shelagh is spearheading an effort to raise money for an incubator at the maternity clinic, and she has approached Trixie and Violet for help. Violet suggests that, since the au courant Trixie is involved, they should have a fashion show. Trixie loves the idea, and comes up with a theme: repurposing and altering old clothes to make them fashionable again. Violet promises some fabric from her shop, while everyone else sets about collecting donations.

The changes in medical care are especially evident in the difference between how the local hospital and the Nonnatans approach maternal care. One of the attending midwives at the hospital is out, so Lucille is working as her replacement for a bit. One expectant mother named Connie refuses to let Lucille attend to her because of the color of Lucille’s skin—but Lucille sternly ignores her. Another new mother is nervous to go home—she was adopted, so her mother has not been able to offer tips, and she’s struggling to breastfeed—but the hospital needs the bed, so she is being discharged as soon as possible.

Such impersonal efficiency is foreign to the Nonnatans. When two East Pakistani brothers at the school in Poplar are discovered to be missing vaccinations, Nurse Crane takes it upon herself to check up on their family life, too: no one has seen their mother, and Crane is concerned that they’re not being taken care of.

She visits their flat and convinces the boys to let her in—to the dismay of Farzina, the mother. The flat smells atrocious, but Nurse Crane takes pains to stifle her reaction. Farzina has lost control of her bowels, and Nurse Crane fears she has an infection. Farzina believes she is dirty—her husband has gone to live somewhere else because of the smell, and she has not left the flat since arriving from East Pakistan—but Nurse Crane tells her that she is just unwell. Nonetheless, Farzina resists medical attention.

The Nonnatans’ devotion to their work and patients has been keeping Lucille from seeing her suitor Cyril. He wanted to take her out to dinner but was left waiting at Nonnatus House with Sister Monica Joan while Lucille attended a birth. The couple manage to find another time to see each other, and Cyril takes Lucille to a Caribbean restaurant that reminds them both of home. He tells her he admires her for working at the hospital and standing up to her racist patient—he himself needs her courage, as he has been considering trying to preach at church. Lucille encourages him. 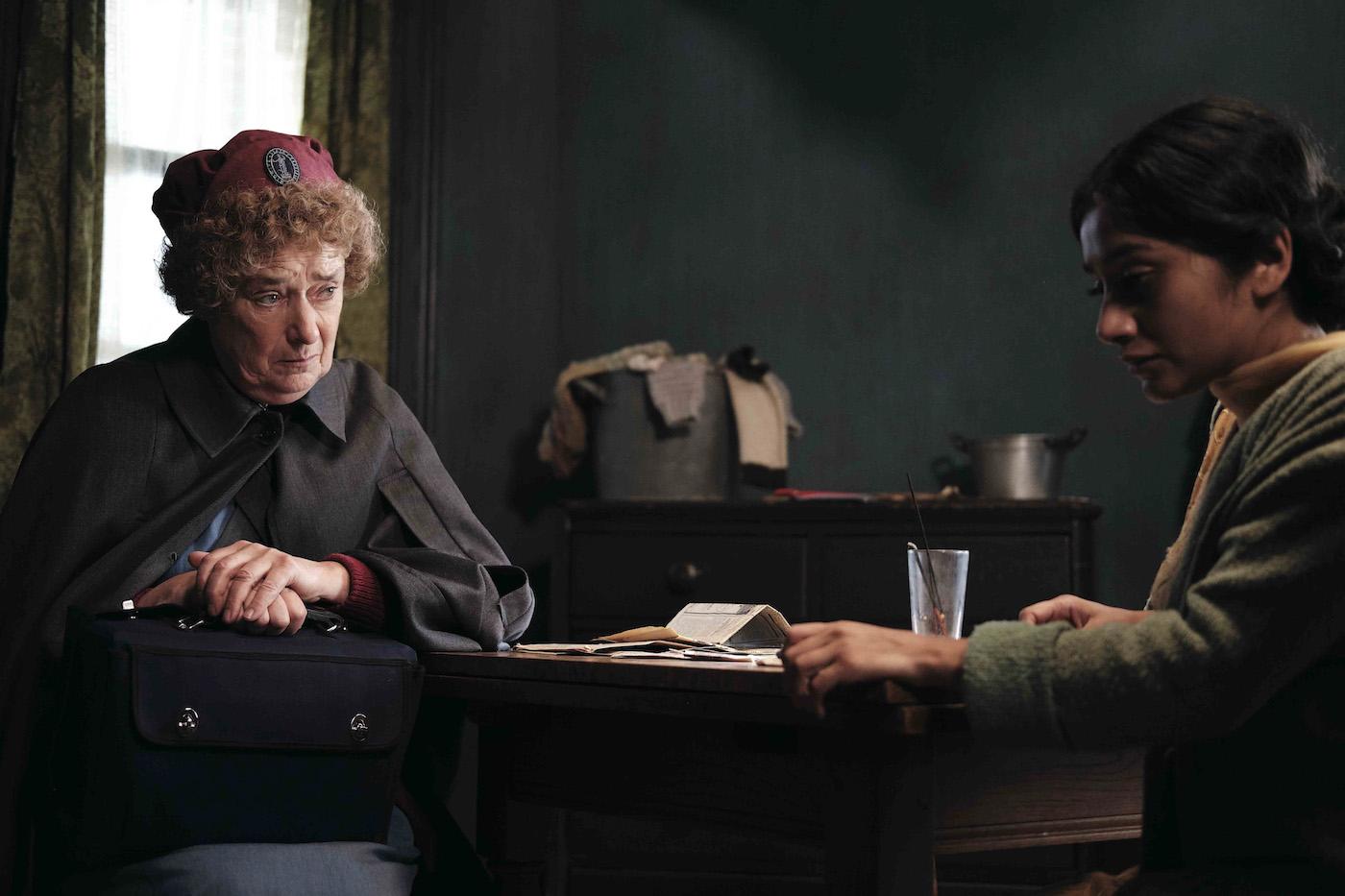 Nurse Crane wants to help the newly immigrated Farzina, but the young mother is ashamed of her condition. Photo: BBC / Neal Street Productions

While Trixie, Violet, Sister Frances, Valerie, and Shelagh set to work sewing garments for the fashion show, Nurse Crane visits to see if there’s anything she can take for Farzina’s boys: they need more clothes. Shelagh gives Nurse Crane a bundle of Tim’s old outfits.

Nurse Crane brings Farzina the clothes the next day, when Dr. Turner visits. The ailing mother hesitantly explains that her bowel issues started after she lost a baby in childbirth some three months ago, before she left East Pakistan. She was in labor for four days. But she stops at relating her story: she doesn’t want an examination or medicine.

At the hospital, Connie is again rude to Lucille. Despite her complaints of a backache, she won’t let Lucille examine her. So Lucille begins to take away the stacks of magazines around Connie’s bed—she had already told Connie such messes were not allowed. Connie is angry enough to get up and walk after Lucille—and Lucille is able to see that Connie’s gown is stained. She convinces the pregnant woman to let her examine her, and realizes Connie’s water has broken and she’s having contractions. Lucille calls for a wheelchair.

The nervous, adopted mother whom Lucille comforted at the hospital is back at home, but she hasn’t been abandoned—Trixie is checking in, on Lucille’s recommendation. Both she and her anxious mother are beginning to get the hang of caring for an infant, and Trixie both helps and congratulates them.

Nurse Crane must get creative in helping Farzina. She decides to involve her husband, and asks her sons if they know where he is. They bring her to visit him, and she bluntly asks him to help his wife accept medical attention. He reluctantly agrees.

Nurse Crane and Dr. Turner ask Farzina’s husband to translate their conversation, even though Farzina speaks English fairly well. Having concern come from her husband’s mouth in her own language, after he abandoned her, helps—she tells him she’s upset that he left her, he says he did so because he was ashamed. When he tells his wife that not only his boys but also he needs her, she finally agrees to let Nurse Crane examine her and relay observations to Dr. Turner.

They discover that Farzina’s long labor opened a fistula between her birth canal and bladder. Surgery can fix it. Farzina agrees to go to the hospital for the operation, but asks Nurse Crane to accompany her. Crane agrees, then sets about making supper for Farzina’s boys while she rests. 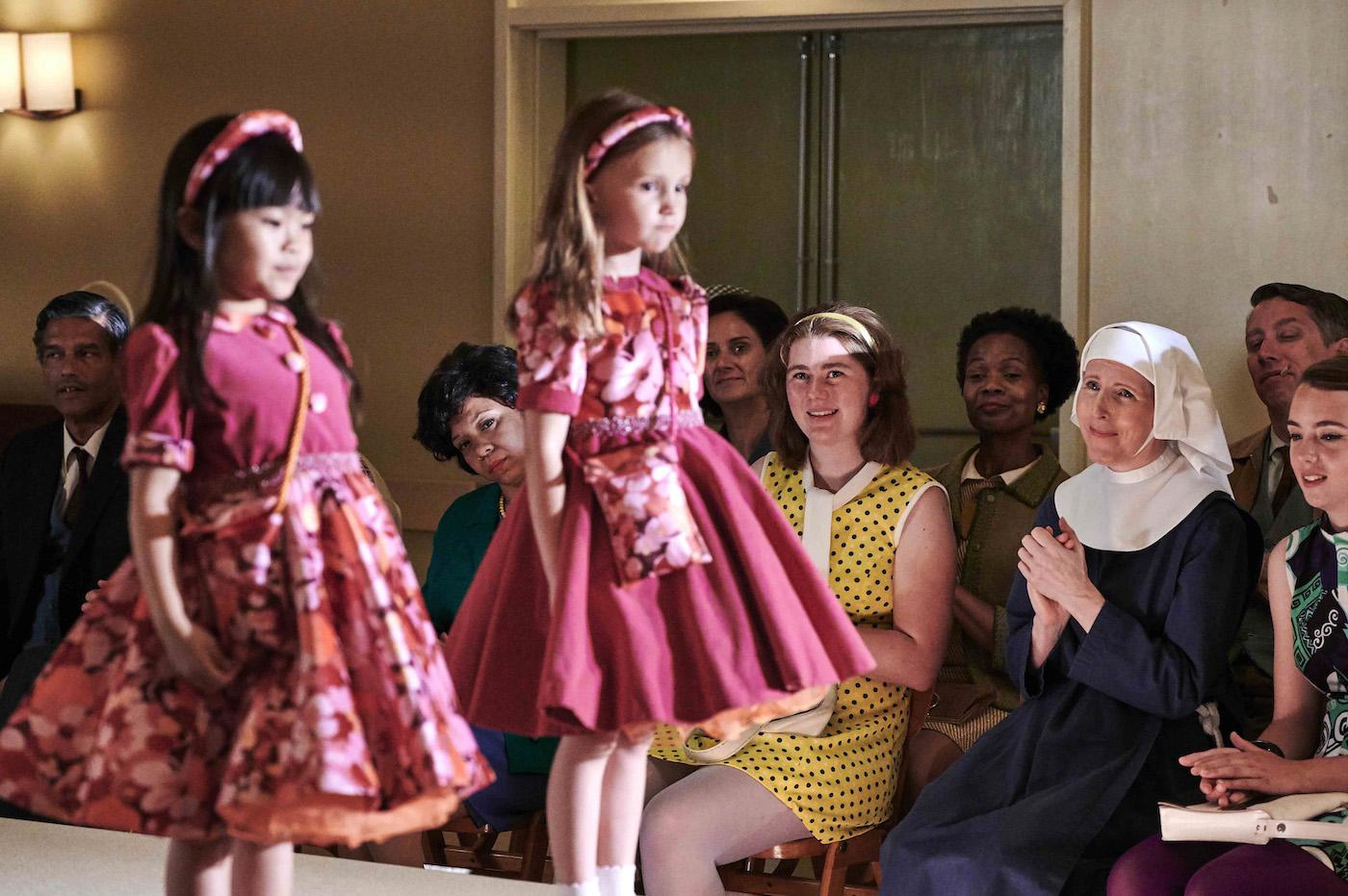 The fashion show is a great success, and provides Nurse Crane with some material and clothes to donate to Farzina and her family. Photo: BBC / Neal Street Productions

At the hospital, Lucille is bringing Connie to another floor to have her baby when the elevator gets stuck between floors. As the fire department works to fix it, Connie’s contractions continue. Lucille has supplies handed through the elevator grate to her and prepares to deliver Connie’s baby. Scared, Connie tells Lucille that she wishes she had stayed at home to have this baby, like she did with her other two. She hates all the rules in the hospital—they make her feel like a naughty kid. Lucille delivers the baby.

Enormously grateful, Connie apologizes to Lucille for being rude to her—she was unhappy in the hospital and took it out on her. Lucille is in the paper the next day as a hero, so Cyril isn’t upset that she again missed a date and he had to spend the evening watching TV with Sister Monica Joan. Inspired by Lucille’s courage, he preaches at church. And Lucille, having experienced the hospital’s method of care and how helpful it was to be able to have Trixie follow up with the adopted mother after she was discharged, suggests a new system of cooperation between the hospital and the Nonnatans to Sister Julienne.

While Farzina has her surgery, her husband tells Dr. Turner that he abandoned her because he was afraid and didn’t know what to do. He lauds Farzina’s bravery. Nurse Crane gets some floral cloth leftover from the fashion show to give to Farzina for a new sari. And the fashion show? It’s a hit, despite some appalled gasps at the length of Trixie’s dress.