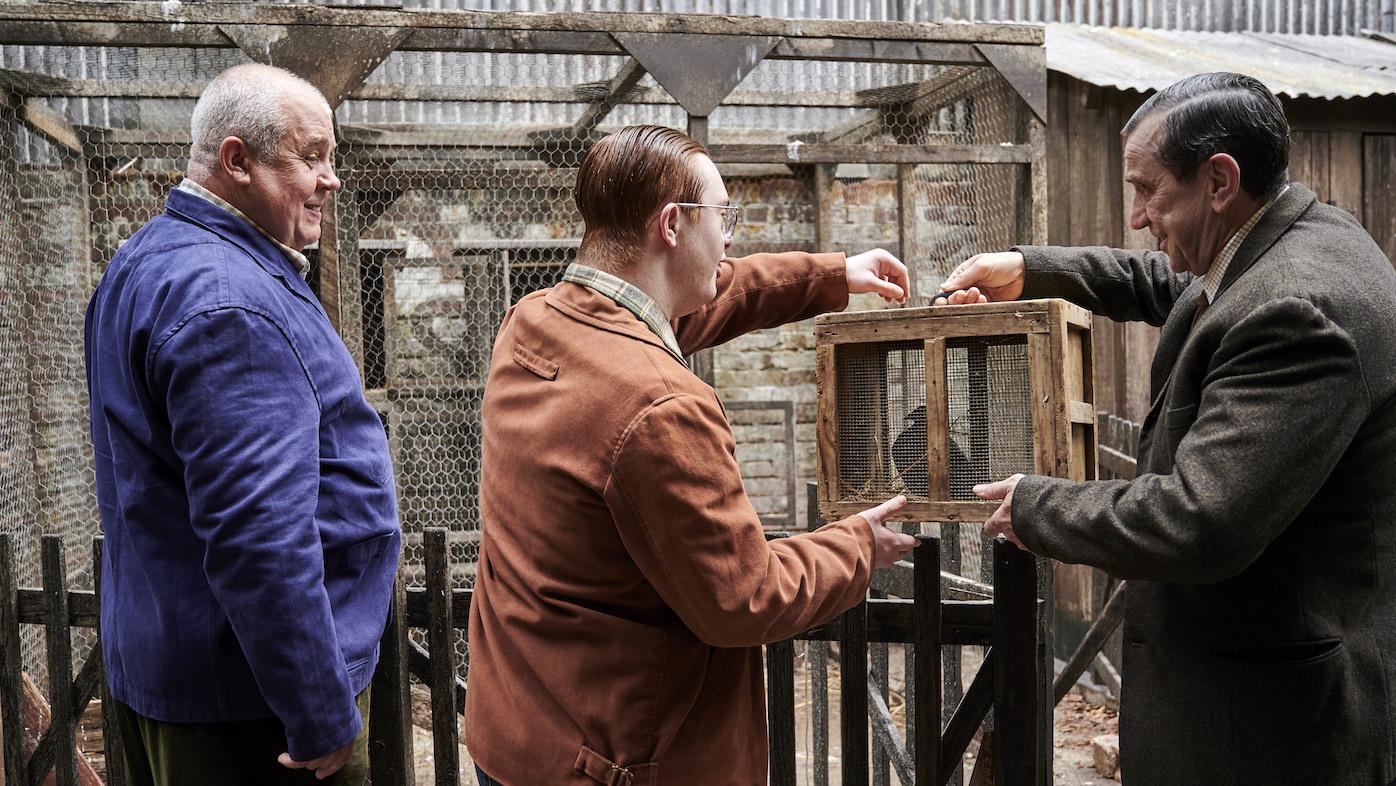 Fred and Reggie meet a man who keeps pigeons and lives in a condemned building. Photo: BBC / Neal Street Productions

With mothers increasingly choosing hospital births and Nonnatus House under threat of impending demolition, Sister Julienne and Mother Mildred are searching for ways the midwives can adapt in order to survive. First up: aiding in the training of doctors. Four young men will be tailing the midwives—and also residing in Nonnatus House. A schedule is drawn up for the bathroom, while all four midwives who are not nuns move into one room together.

One of the doctors, Benedict Walters, is the son of a famed obstetrician/gynecologist who wrote a seminal book in the field. Walters and Kevin McNulty, another of the doctors, have a bit of a rivalry, McNulty admits to Valerie. Everything has always come easily to Walters—he delivers a baby at the maternity clinic on the first day, with the help of Nurse Crane—while McNulty, who grew up working-class, must work and study much harder.

Whatever talents and knowledge the doctors have, they lack bedside manner: the midwives continually remind them to address the women they are treating with relatable language, rather than speaking to the midwives. Walters admits to Trixie that he is amazed by the midwives’ investment in their patients: their compassion, their excitement. He doesn’t feel the same when treating patients. Trixie suggests a different area of medicine might be better, but he says it was essentially predestined that he follow in his lauded father’s footsteps.

Perhaps this is why Walters leads the other doctors in some sophomoric entertainment, drinking whiskey from Nonnatus’s medical flasks, then breaking a window as well as a flask while playing cricket. McNulty warned the others against their behavior—but that didn’t stop him from capitulating and joining them. 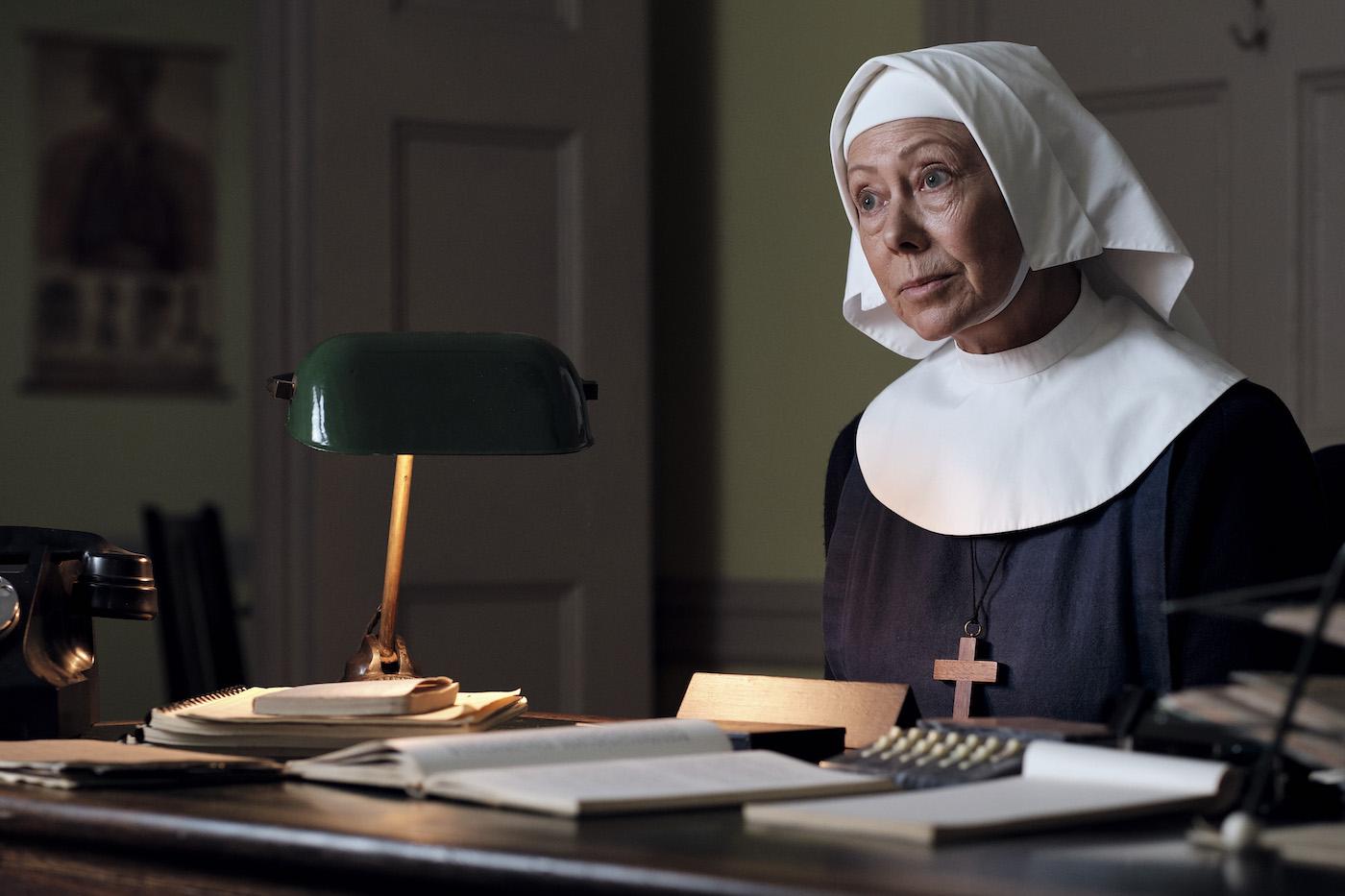 George Benson is a man who doesn’t want to capitulate to everyone else. He lives in a row of flats scheduled to be demolished: they’re structurally compromised, dingy, and leaky. But George trains pigeons, and doesn’t want to live in a big housing complex where he couldn’t keep his birds.

Fred meets George while on one of his civil defense patrols: he hears a racket in what he thought was an abandoned residence, and finds George trying to coax his favorite pigeon down from a ceiling beam. George has a persistent cough, so Fred returns another day with Reggie to check in on George’s health and to try to convince him to move out. As George takes Reggie to see the pigeons in their coop, he leaves behind the handkerchief he coughs into, and Fred sees that it is flecked with blood. He brings Dr. Turner to visit George and take some tests, since George might have tuberculosis.

George doesn’t want to have to go to a sanatorium and leave his birds—he loves them like a family, and some of them are prize-winning fliers. So it’s a relief when the tests for tuberculosis come back negative. Yet George’s cough is still debilitating: when Fred invites him to speak about his birds at the community center, he has to end the talk early. Later, Reggie sneaks out to visit George and his birds and finds George collapsed on the ground, the pigeons fluttering around the room.

Dr. Turner is stumped: George has all the symptoms of tuberculosis, but the tests are negative. McNulty overhears Dr. Turner discussing the case, and has a suggestion. McNulty’s uncle was a coal miner, who eventually started exhibiting symptoms of tuberculosis. Turns out it was actually a disease caused by bird droppings; a few other miners who kept birds had it, too. Dr. Turner tests George, and it’s the right diagnosis. 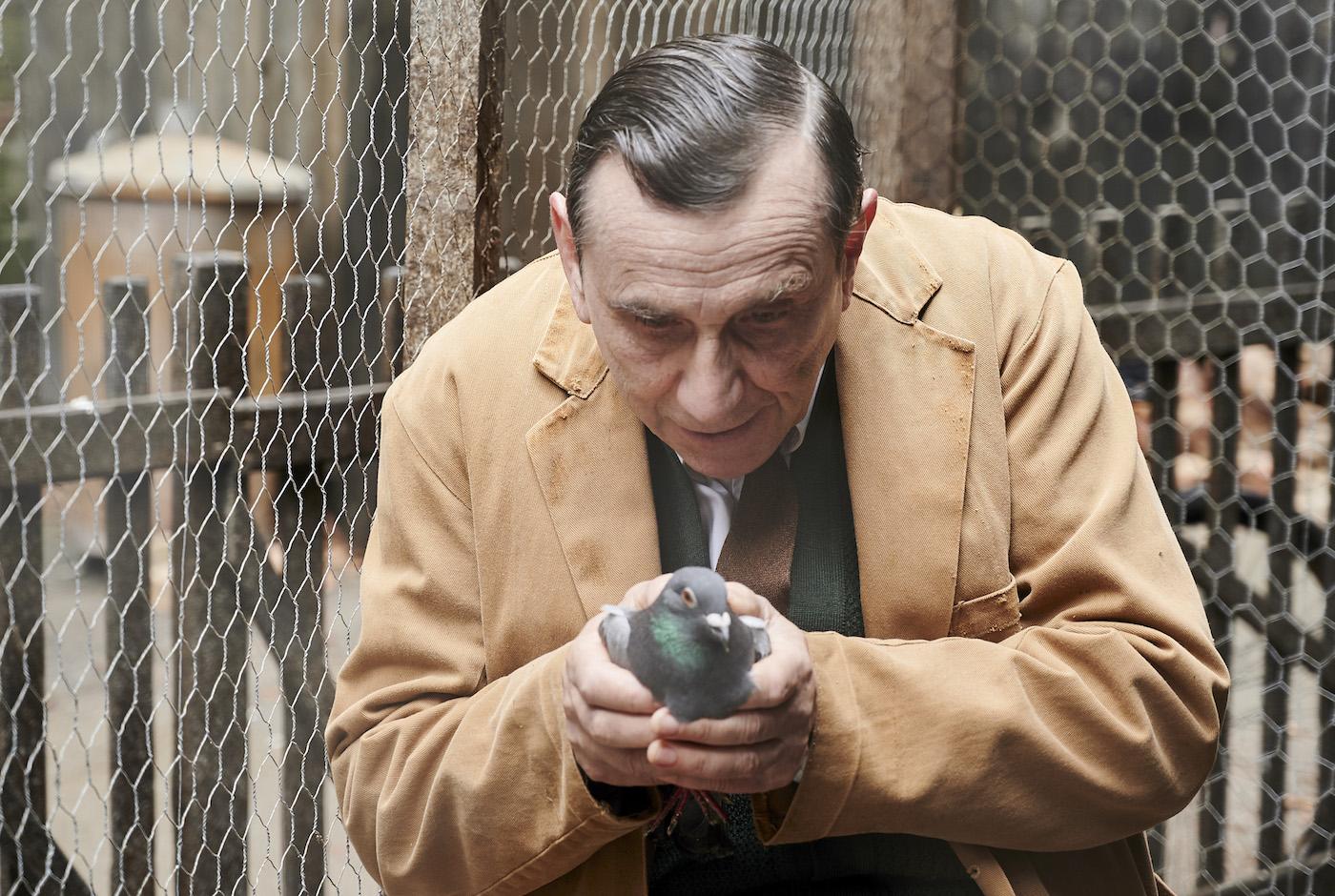 George doesn't want to give up his beloved birds, but they are causing his illness. Photo: BBC / Neal Street Productions

George’s illness can be treated, but he’ll need to get a daily injection for the next two months—and he can’t keep birds anymore; it’s killing him. George reluctantly leaves his home behind and moves into an apartment building with the help of Reggie and Fred. He gives Reggie his favorite pigeon.

Having the younger doctors around to help has been a blessing for Dr. Turner. He’s been working so much lately that Miss Higgins has warned him not to overwork himself; he has a family at home, too. He and Shelagh decide to look into adding another doctor at the clinic.

McNulty proves himself in another way, too. When Leslie Pike goes into labor, he joins Valerie to help at the birth. It’s a difficult one, and McNulty nearly messes up a couple times, but his bedside manner is improved. Plus, he and Valerie are able to save the baby even after the difficult birth.

As McNulty and the other doctors leave Nonnatus House, Walters replaces the medical flask he broke, giving the house a new one as a gift. Sister Julienne and the initially skeptical Nurse Crane congratulate each other on a successful training—but next time, the doctors will stay somewhere else.