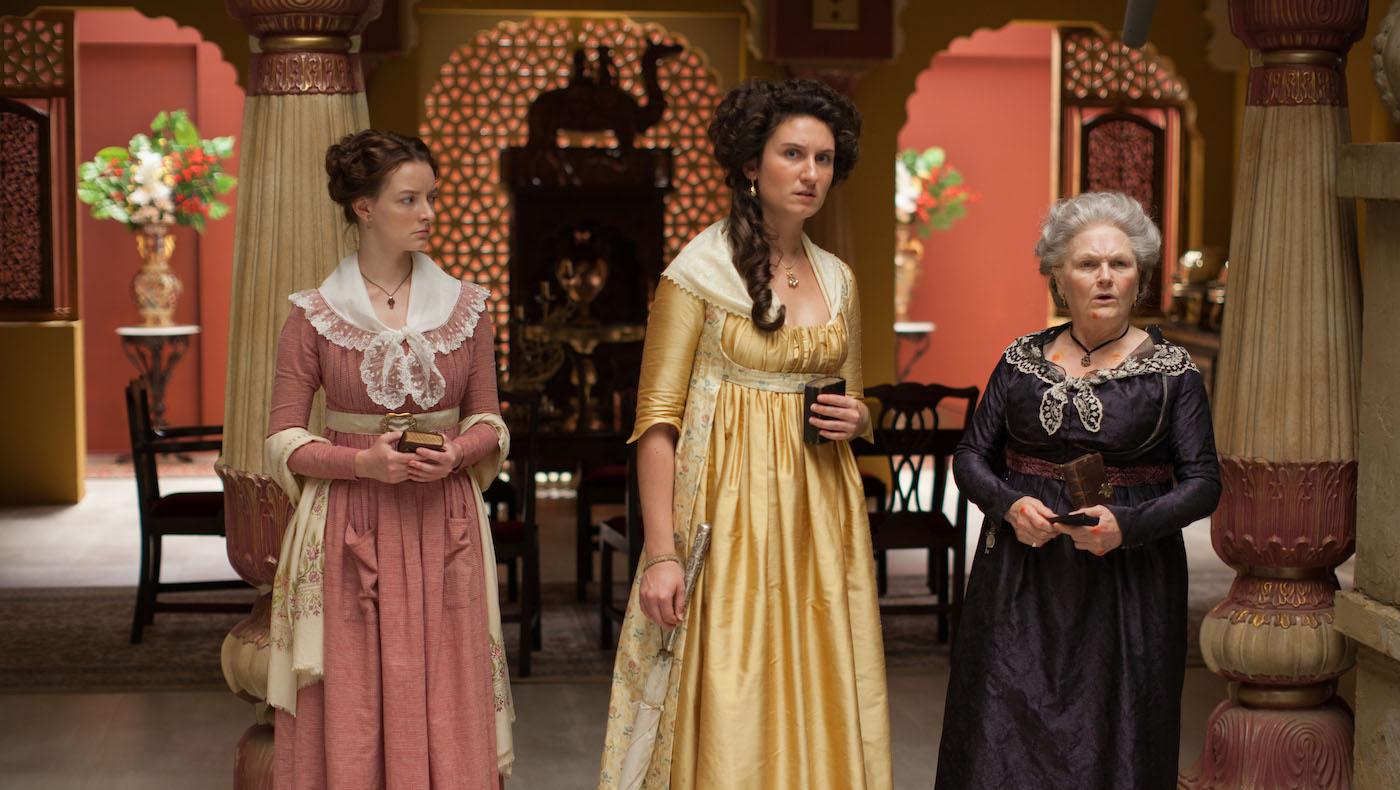 Henrietta is fighting to control John's household, and manages to make Margaret feel unwelcome in the process. Photo: Masterpiece

Henrietta Beecham does not like India. The towels are too thin, the water is dirty, there are scorpions, and she can’t pronounce the names. But she wants to run John’s household, so she Anglicizes the staff’s names.

She’s also suspicious of Margaret Osborne. When Margaret visits John’s chapel while Henrietta and Violet are there, Henrietta pries into Margaret’s relationship with John. Margaret demurs. (She enjoys visiting John’s house, despite General Castillion’s warning not to trust John, a warning delivered with the gift of a bottle of perfume.)

Henrietta soon has competition in the household, however: a glamorous woman named Chandrikar who arrives unexpectedly and immediately asks to see John’s infant son August. When Henrietta continually yells for “Barton”—Baadal—Chandrikar scolds her for disturbing August’s sleep. She then sizes up Margaret and dismisses her, telling her John doesn’t need an English governess.

Chandrikar’s presence makes the servants John brought with him to his new home uneasy. She also offends Mool Chand by bringing her own cook. Ram Lal drowns his anxiety in drink with Mool Chand, but refuses to answer questions about Chandrikar.

John isn’t at the house to explain Chandrikar—he’s off with Samuel at an East India Company encampment near Delhi searching for his brother Daniel. Daniel was recently shot and is on sick leave, so the Company directs John to a brothel where Daniel is likely to be found.

John and Samuel find Daniel with several women and order them to leave, leading Daniel to try to fight John until he realizes it’s his brother. John thought Daniel was dead; Daniel felt abandoned by John, who walked away from the East India Company without a word after tiring of its cruelty towards Indians. John apologizes to Daniel for leaving him, then tells Daniel their mother is in India. Daniel joins John to go see her.

General Castillion hears that John has visited the Company camp, and reports it to the Shah. Castillion suspects John is conspiring with them to take over Delhi, especially since Daniel is still a part of the Company and Samuel was before being discharged.

While John, Daniel, and Samuel camp for the night, John tells Samuel that Daniel reminds him of his father: irresponsible. He’s afraid Daniel will end up like him, shipped to a penal colony in Australia.

As the men sleep that night, bandits pounce on John and Daniel and put knives to their throats. Samuel manages to shoot one, scaring them away and saving the Beechams’ lives. 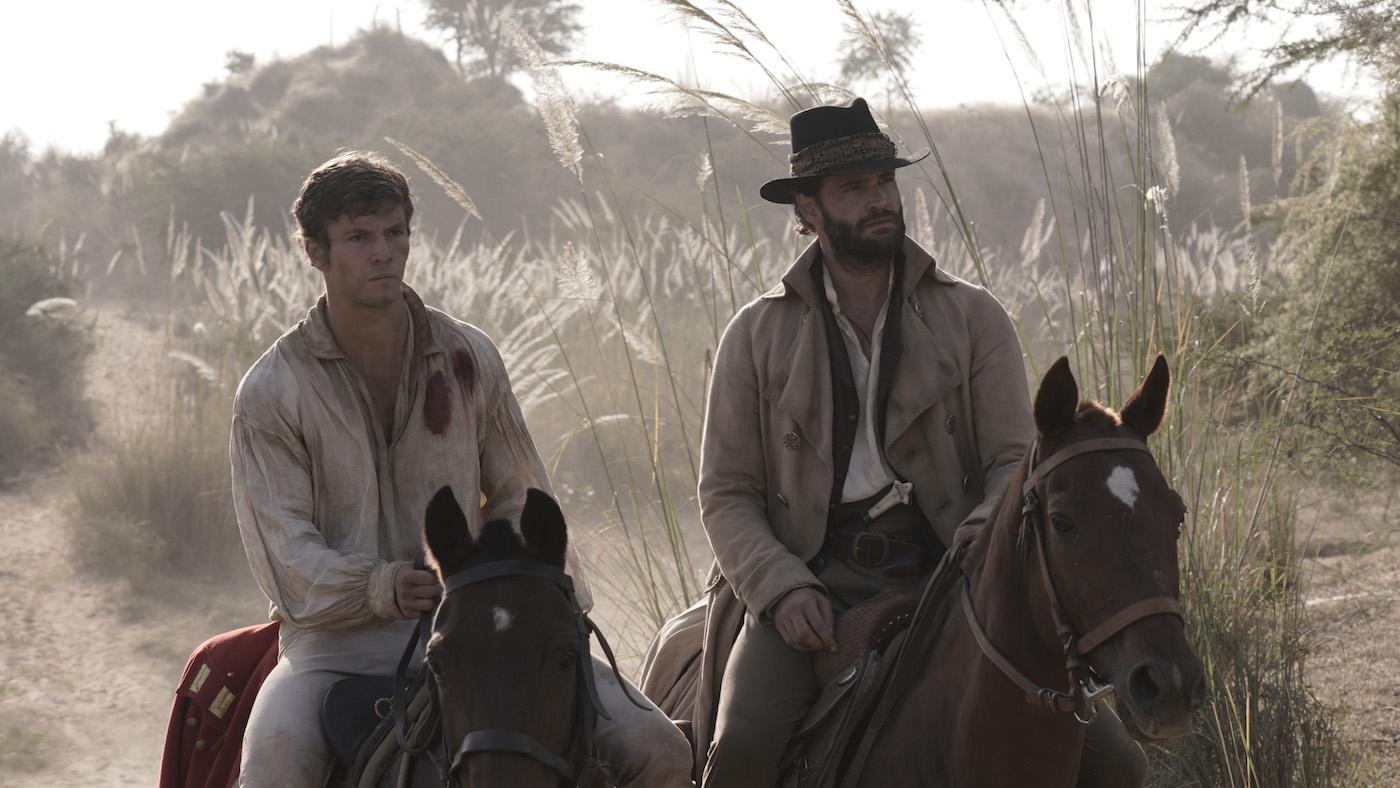 Daniel and John have a tense relationship because John abandoned his brother with the East India Company with no warning. Photo: Masterpiece

Upon their return to Beecham House, Henrietta immediately complains to John about Chandrikar. He goes to speak with the new arrival privately, and asks her why she has come—she is endangering August. She admits that she not only wanted to see August, but John, too.

John won’t reveal his relationship to Chandrikar to the rest of the house, but he does introduce Daniel to August. John gave August the middle name Daniel in honor of his brother.

Henrietta tries to learn more about John’s relationship with Margaret. He fears his mother offended Margaret, but she insists that it was Chandrikar, not her. He visits Murad Beg’s home in order to apologize, bringing her a gift of books. She says Henrietta has made her feel unwelcome, Chandrikar doesn’t like her, and that she’s upset with John, and then asks him to leave.

Daniel is already faring better than his brother in his relationships with women. Chanchal has an eye for him, and he pleads his injury to enjoy some close physical contact with her, all while an older servant watches with disapproval. At the dinner table, he talks of “alluring” Indian ladies to Henrietta and Violet, charming Violet with his honesty. When he asks why she would marry the “dull” John like Henrietta wants, she doesn’t quite have an answer.

John returns to Margaret to again try to apologize. He would hate to not see her at his house any more, he says. He cannot speak about August’s mother, but he can say that he is all the boy has in the world. Margaret again warms to John and tells him she has saved up enough money to return to England. He asks her to stay in Delhi.

Later, John finally decides what to give the empress as a gift for her birthday, in order to endear himself to the Shah and gain a trading license: an automaton, a moving machine. He knows an Arab artist who can cast it in gold.

The tensions in Beecham House finally boil over when Henrietta hears Chandrikar and some maids singing to August. She storms in and insists that she will sing him to sleep, with English hymns. As the women begin shouting at each other, John is fetched to mediate.

Realizing he cannot keep every secret, he finally reveals Chandrikar’s identity: she is August’s aunt, the sister of John’s late wife. August’s mother would have wanted Chandrikar to help raise August, so she will stay—but no one can know she is at Beecham House. All the people John loves in the world are in this house now, so they will do their best to make a life for themselves here.