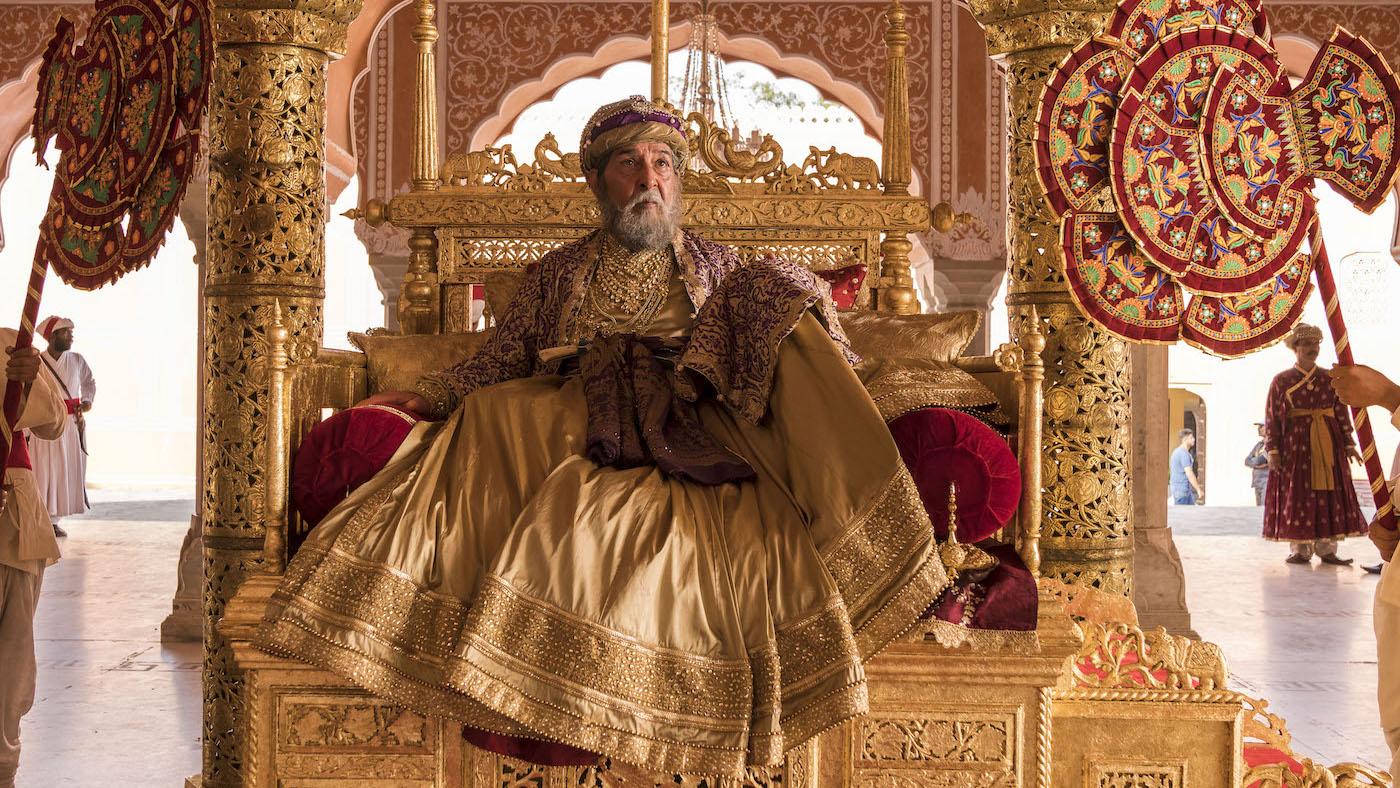 John's whole life in India is threatened when he incurs the emperor's wrath. Photo: Masterpiece

Now that John has revealed his past to his family and friends, Chandrikar believes she and he can do what they must: marry out of a sake of duty, to raise August. But John refuses; he is falling in love with Margaret. This offends Chandrikar’s sense of honor and duty.

Daniel has also stained a woman’s honor. Chanchal is pregnant. Baadal tries to help her as she suffers from morning sickness, but she turns him away. Daniel, at least, is grateful to Baadal for watching over Chanchal. He gives Baadal his sarod, a stringed instrument, in thanks.

Henrietta and John don’t want Daniel to return to the East India Company. John even offers to let Daniel join his business. But Daniel says no.

Learning from Murad Beg that Margaret has left for a teaching position in another school, John makes plans to follow her and tell her he loves her. But both his and Daniel’s departures are delayed when Ram Lal tells John that Chanchal is pregnant. John confronts his brother, punching him, and they are soon brawling.

That fight is then interrupted by the arrival of General Castillion and an army. They have come to arrest John for stealing a gem from the emperor, as Samuel reported. As Castillion beats Samuel, to avoid suspicion, the soldiers find the diamond, given to John by Prince Akbar. John is brought before Shah Alam, who demands to know who inside the palace helped John—he can’t have stolen the gem on his own. John doesn’t answer, and is thrown into a cell.

Ram Lal and Daniel decide to bring Margaret back to Delhi—she has connections to the emperor and may be able to help. Due to the upheaval, Chandrikar has decided to leave Delhi, and wants to take August. Daniel argues that the baby will still be safest in Beecham House, so Chandrikar leaves without her nephew. Henrietta also makes a bold move, and pours out her opium.

Prince Akbar meets with the empress and argues that they must help John by revealing their plan to have him sell the diamond to raise money for an army, but she refuses—the emperor will not take kindly to the news.

Daniel is suspicious of Samuel, and follows him when he says he will speak to Castillion to help John. Before going to the Red Fort, Samuel buys a gun and pays the harbormaster. At the Fort, Daniel steals a French soldier’s uniform to gain entry.

While Samuel approaches Castillion, John is forced to fight the muscular Vijay Singh, who will only stop when John has revealed his accomplice. Samuel tells Castillion to stop the fight, then eventually steps in himself, putting a knife to Vijay’s throat. Castillion orders the fight stopped, and John sent back to his cell. 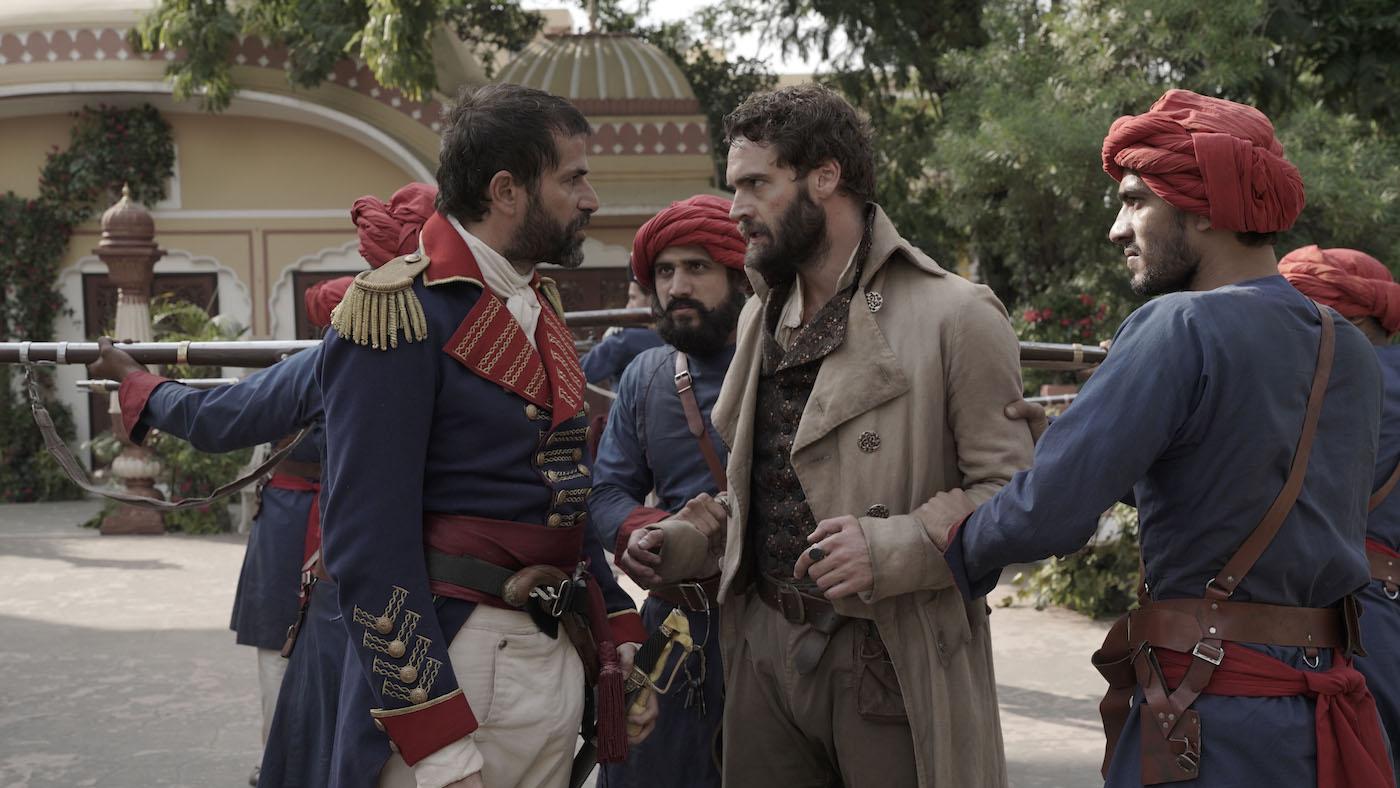 Castillion delights in taking down John, and demands to know who he worked with in the palace. Photo: Masterpiece

As Samuel and Castillion walk away, Daniel overhears them talking of a deal—Samuel wants John alive, to bring back to England, but Castillion won’t let him go until he reveals the traitor in the palace. Daniel then visits John’s cell, telling him that Samuel is plotting with Castillion. John gives Daniel a letter for Margaret.

Ram Lal has caught up to Margaret on the road and informed her of John’s arrest, and she has rushed back to Delhi. Daniel gives her John’s note; it’s a profession of love.

Baadal also demonstrates his love for Chanchal when she falls ill and seems to be having a miscarriage. He tells Daniel that Daniel cannot help Chanchal, then picks her up and carries her to a carriage, telling Maya not to speak of Chanchal’s illness. He brings Chanchal to his mother’s rural home, where his mother nurses Chanchal.

The next day, Baadal’s mother tells him that Chanchal must stay to rest, but that there is still hope for her baby. Back at Beecham House, Maya tells Daniel and Henrietta that Chanchal has left, and Baadal says that she is safe and recuperating. Violet says her miscarriage may have been a blessing, saving Daniel from humiliation. When Ram Lal demands to know where Chanchal is, Baadal refuses to tell him—Baadal is in charge of this house.

Akbar visits John in his jail cell. The prince promises to help John, but asks him to wait, as the empress will not let him tell the emperor the truth.

So, for now, John’s hopes rest with Daniel and Margaret. After Violet tells Margaret that Samuel has promised her a fortune back in London if she marries him, they have more reason to suspect Samuel of foul play. While he and Violet go for a carriage ride, Daniel and Margaret search through his papers and learn that he is in great debt, and has notes on John’s past with the East India Company.

Margaret visits Castillion and tells him that he shouldn’t trust Samuel—he is probably lying to Castillion, since he’s in such debt. Castillion warns Margaret not to meddle.

In his cell, John has plenty of time to think over his eventful life in Delhi. Reliving his interactions with Samuel, he finally comes to a realization: Samuel has betrayed him.