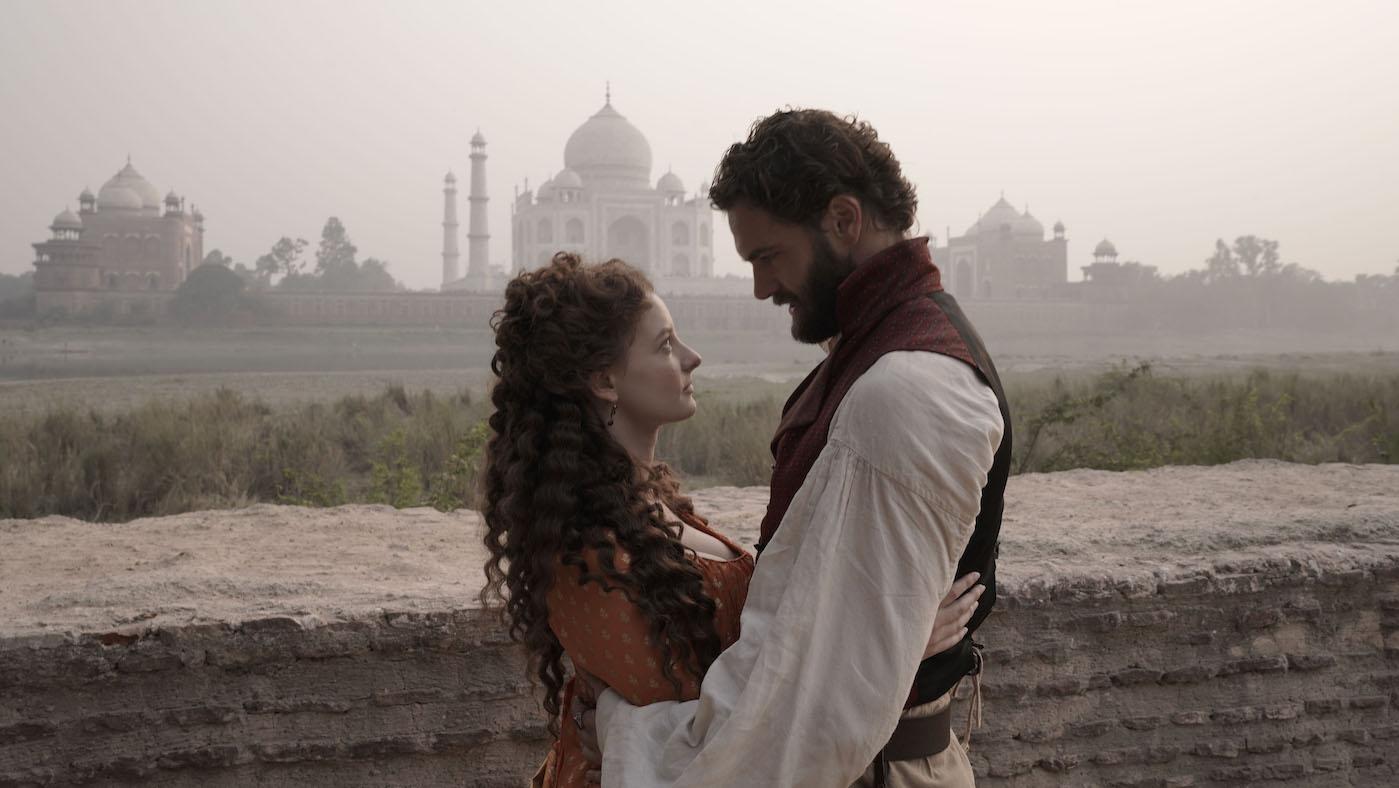 John brings Margaret to the Taj Mahal for a momentous question. Photo: Masterpiece

Beecham House is available to stream. Recap the previous episode.

John may be in jail, but he has many friends arguing for him. Prince Akbar continues to try to convince his mother the empress to reveal to the emperor their plan to have John sell a royal diamond to finance an army, but she still refuses. Margaret takes John’s case to Murad Beg and hints at Prince Akbar’s involvement. Murad Beg says he can’t jeopardize his relationship with his family to help John, but he does put in a word with the empress.

Margaret then appeals directly to the empress. She defends John’s character, and admits upon questioning by the empress that she’s in love with him.

General Castillion visits John’s cell with another supposed friend: Samuel Parker. Samuel tells John he may be able to convince Castillion to free John if John returned to England with Samuel and promised to never come back to India. New evidence has come to light against the East India Company, and if John testified against them it would rehabilitate Samuel’s reputation; plus, they would both make a fortune. John agrees, even though he has realized Samuel has betrayed him.

John’s whole household is praying for his safe return. Henrietta, who has found a friend in the servant Bindu while undergoing withdrawal from opium, hesitantly joins them, adding her own Christian prayer.

Meanwhile, John’s son August has not been sleeping well since Chanchal disappeared with Baadal’s help to recover from difficulties with her pregnancy. Ram Lal demands to know where Chanchal is, but Baadal refuses to say. So Ram Lal and Daniel shadow Baadal when he visits Chanchal, and bring her back to August and the house.

Margaret may have so far been unsuccessful in appeals on behalf of John, but a more powerful person has appeared to take the Englishman’s side. John’s father-in-law, the maharajah, has come with his daughter Chandrikar to visit the emperor. Seeing them approach the Red Fort, Margaret rushes to Chandrikar, explaining that John is innocent and hinting that he is staying silent to protect Prince Akbar.

At his audience with Shah Alam, the maharajah obliquely outlines Akbar’s plan and John’s involvement, offering his empathy as a fellow Indian ruler besieged by foreign forces. The emperor understands, and hands over rule to Akbar, acknowledging his wisdom and accepting his forgiveness.

Below the palace, Samuel visits John to tell him that Castillion has accepted his bargain. John reveals that he knows Samuel betrayed him—and then Castillion himself arrives with the news that Akbar and Shah Alam are releasing him. Sensing the failure of his plans, Samuel stabs Castillion in desperation, then points a gun at the still shackled John. John manages to knock the gun from Samuel’s hand; Samuel calls the guards, then flees as they subdue John and rush to Castillion, who has survived the stabbing.

John is brought to Akbar and thanked for his loyalty. Akbar and Shah Alam ask John for his help in fighting off the East India Company, again giving him the diamond to sell—this time above-the-table. John agrees.

Chanchal wants to leave John’s service and return to her family. Baadal says she cannot leave, and she laments the injustice of her situation, where she will suffer from shame but Daniel will not. Henrietta, listening, asks Chanchal to stay, since she is carrying a Beecham child. Henrietta promises that Daniel will also suffer if he doesn’t do the right thing and marry Chanchal. Later, Daniel speaks with Chanchal, and she tells him that if he doesn’t marry her she will raise the child on her own.

When John returns home, he is greeted with joy, and learns of Margaret’s integral role in his redemption. He visits her to thank her, and they kiss.

Violet has been deprived of two prospective husbands: first John, now Samuel. But Daniel reassures her that she will not be a spinster, as she fears, and promises to find her a husband.

The maharajah visits John and meets his family and Margaret, thanking them all for protecting his grandchild and John. Privately, he tells John that, to ensure a good future for August, John should marry Chandrikar. But John says he can’t; he loves Margaret, and it would be better for August to grow up in a loving house. The maharajah agrees, and blesses the union. As he and Chandrikar leave for their home, he christens John’s home Beecham House.

Affairs are wrapped up: Castillion visits John and thanks him for saving his life in the cell, promising to search for Samuel, while Daniel joins John as his new business partner. John takes Margaret on a trip to the Taj Mahal and proposes to her in front of the stunning monument. She says yes.

As their carriage pulls away, Samuel lurks in the shadows of the street.

When they return to Beecham House, they find chaos. Guards lay bleeding on the ground. Ram Lal is dying of a wound, and the shirts of Daniel and Baadal are stained with blood. Henrietta is hysterical, while Maya, Chanchal, and Bindu are silent with horror. August’s crib is empty. He has been taken.