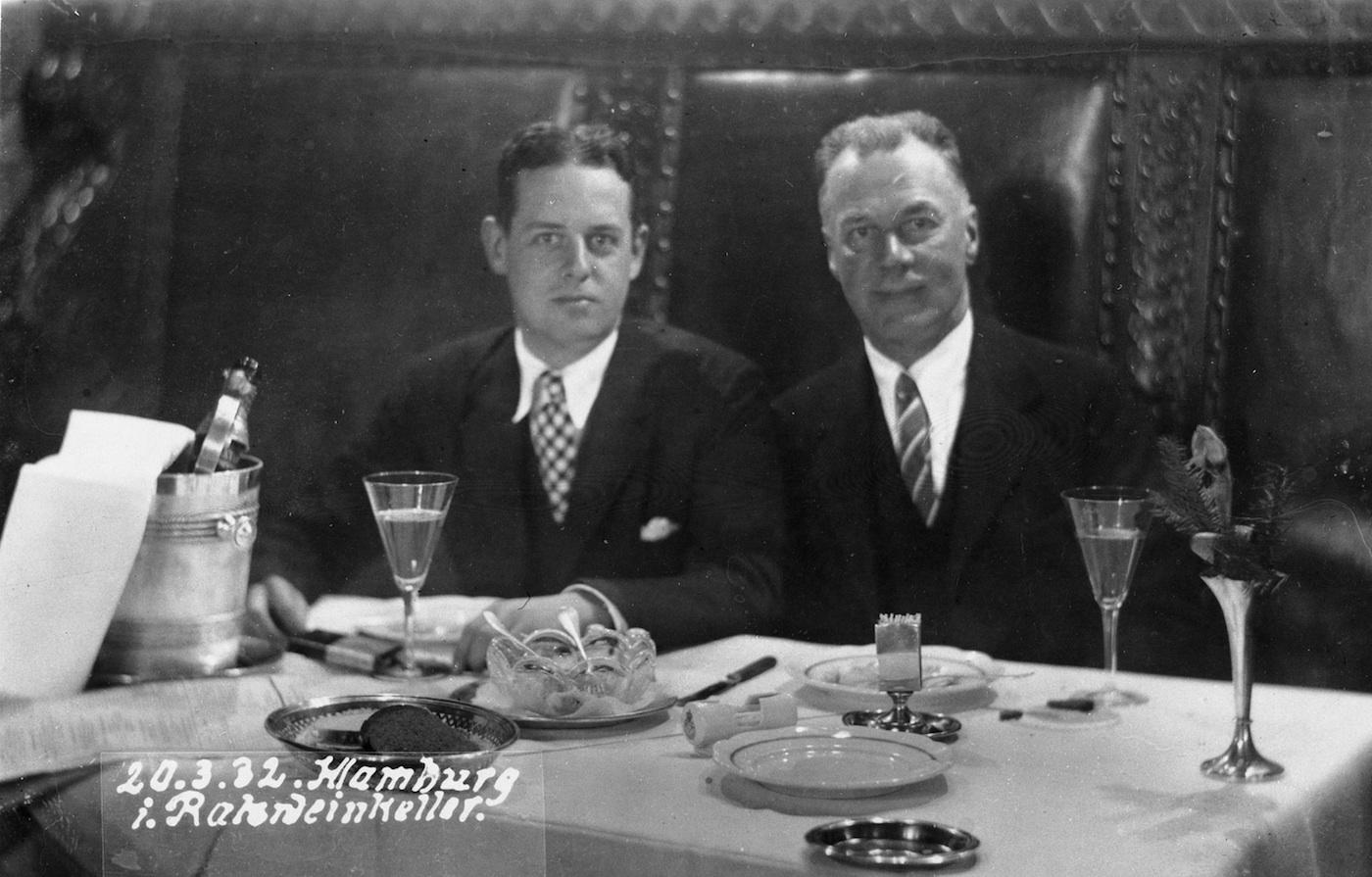 Most people are probably not aware that the main Michigan Avenue-facing building of the Art Institute of Chicago is called the Allerton Building. Another fact hiding in plain sight is that the man it’s named for, Robert Allerton, lived with another man for the last four decades of his life at a time when homosexuality was first being defined and persecuted—and adopted him as his son.

Robert Allerton met John Gregg in 1922 at a post-football “Father-Son” dinner hosted by the University of Illinois fraternity of which Gregg was a part. Allerton, lacking a son or wife—the Chicago Tribune had dubbed him the “richest bachelor in Chicago”—was paired with Gregg, an orphan studying architecture. Allerton was 49; Gregg was 22.

They quickly became a steady pair, with newspapers referring to them as father and son by the early 1930s. By then, Gregg had come to live at and help manage the farms and gardens at Allerton’s estate in central Illinois’s Monticello. From then on, Allerton and Gregg lived together as father and son, until 1960, when Allerton legally adopted Gregg under a new Illinois law that allowed for adult adoption. Gregg was 60 and Allerton was 87; Allerton died four years later, and Gregg died in 1986.

“I think in some ways they did it because they had already claimed for so long to be father and son,” Syrett says of the legal adoption. “This was simply actualizing in the law the thing that they had already said that they were.”

It is possible the adoption was also to ensure Gregg’s inheritance from Allerton, but Syrett doubts it, given that Gregg received only a small portion of Allerton’s wealth and it seems unlikely that Allerton’s will would have been contested. Instead, the chief beneficiaries of the will were institutions such as the Art Institute and the Honolulu Academy of the Arts—Allerton had bought property in Hawaii in 1938, and he and Gregg lived much of their later life there.

Allerton had long been an outstanding donor. His wealth came from his father, Samuel Allerton, a founder of the Union Stockyards and First National Bank of Chicago who owned land across the country and homes in Lake Geneva and on Chicago’s Prairie Avenue alongside such neighbors as the Palmers and Fields. Robert Allerton studied art in Europe in his youth before burning his work as that of an amateur and returning to the U.S. to manage his family’s estate in Monticello. After turning it into a model production farm and extensively curated garden, he donated it to the nearby University of Illinois in 1946; it is now known as Allerton Park. 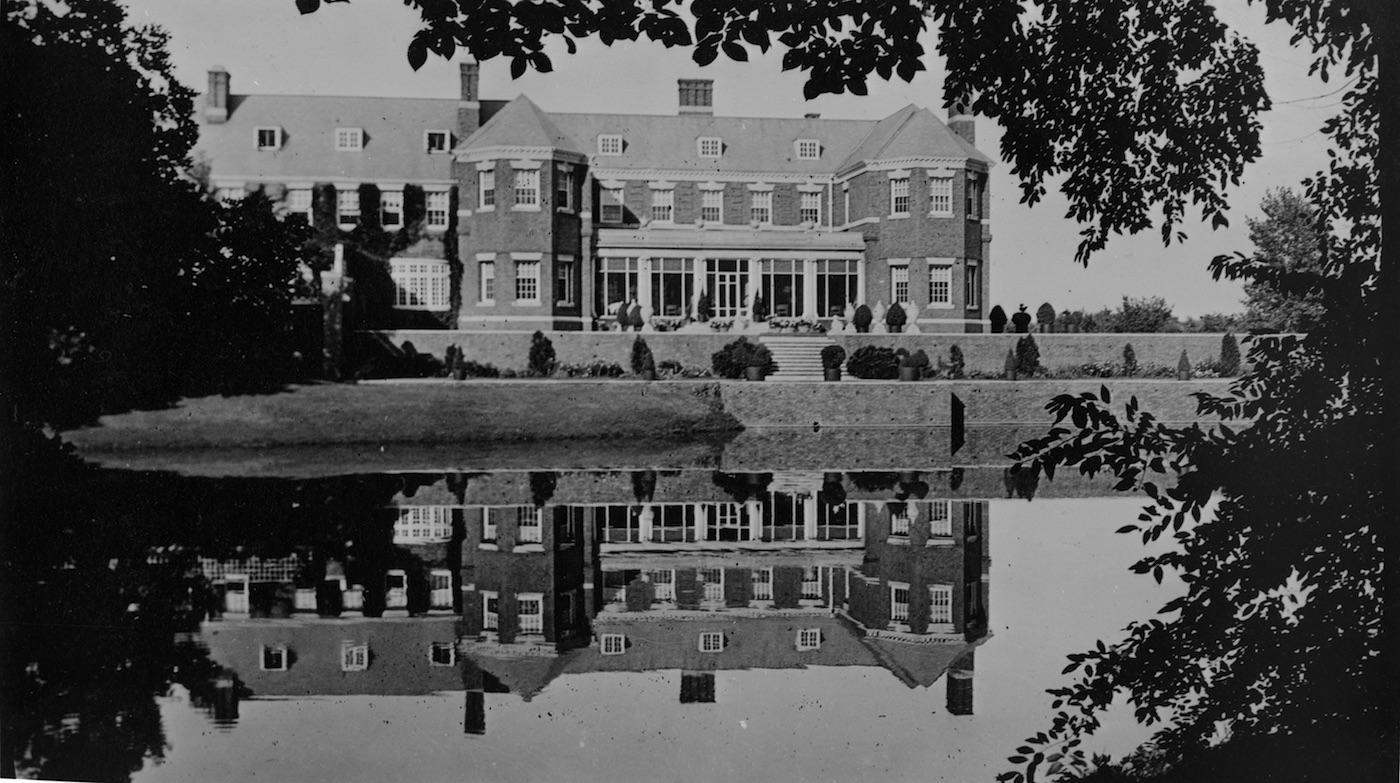 The Allerton House at The Farms in Monticello, Illinois. Photo: Courtesy University of Illinois Archives

He traveled often, including with Gregg, collecting art and costumes from around the world. He donated over 6,600 pieces to the Art Institute, including its first Picasso and Rodin, making him the museum’s most generous benefactor at the time of his death. (A portrait of him by Glyn Warren Philpot is held by the Tate in London.) His estate on Kauai, another exemplar of landscape design, is now part of the National Tropical Botanical Garden of Hawaii.

It was this prominence that in part necessitated some sort of cover story for Allerton and Gregg—not everyone’s attendance at operas and art exhibits is reported in the newspapers. “As a couple, the choices that they made were structured by the wealth,” says Syrett. “It was the wealth that thrust Allerton into the spotlight. If they were two working-class men they could have, for instance, lived in a boardinghouse and carried on a clandestine relationship. But Allerton was public enough that he needed to have an explanation, because he was making the unconventional choice to incorporate another man into his life full-time.

“It is both the money that necessitates it, but it’s also the money that forced people in essence into acquiescing to this fiction. They were protected because they were so wealthy.”

At the time that Allerton and Gregg met, same-sex relationships were just beginning to be studied and codified as a “deviance.” “When Robert Allerton was born in 1873, the word homosexuality did not exist,” Syrett explains. “There were laws against same-sex sex—anti-sodomy laws—but there was not yet an understanding that there were certain kinds of people who were primarily attracted to people of the same sex. People didn’t necessarily consider themselves a different kind of sexual orientation—that term did not exist. 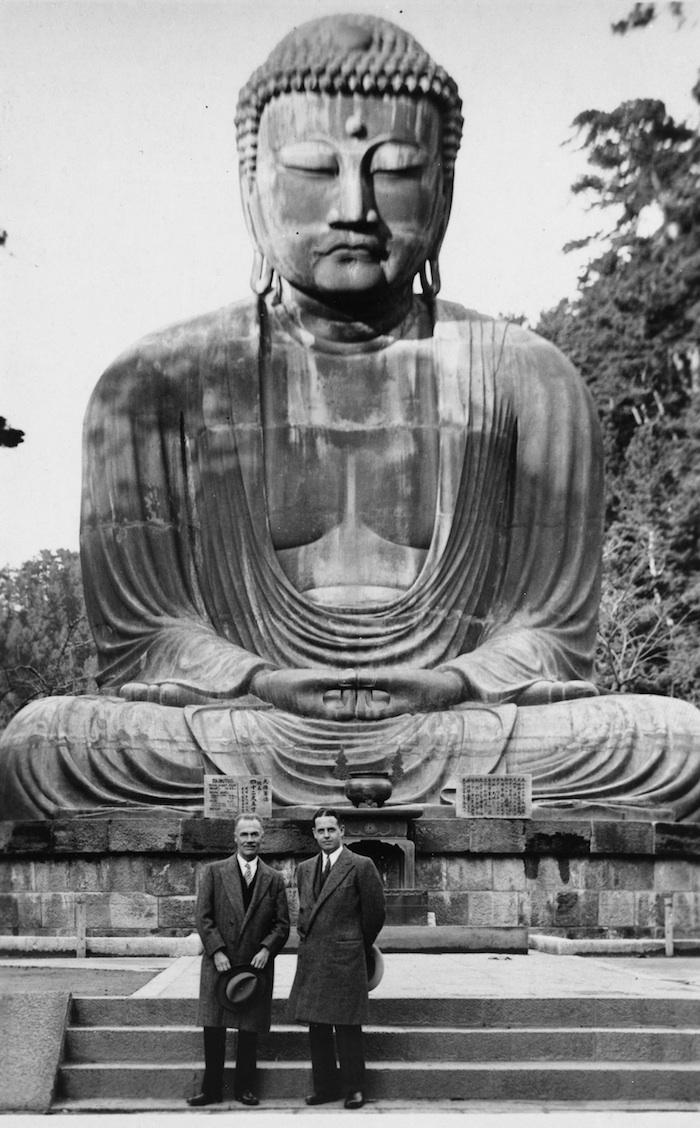 Robert Allerton and John Gregg at the Great Buddha of Kamakura, Japan, 1930s. Photo: Courtesy University of Illinois Archives “It’s really only in the 1890s that homosexuality and the word heterosexuality are invented, and that you get communities of same-sex-desiring people congregating together and starting to understand one another as being similar. But at the same time, you also get policemen who start increasingly enforcing anti-sodomy laws. You get doctors and psychologists and the new specialty of sexologists who become fascinated with these people who they see as fundamentally different from ‘normal people.’ There’s a lot of persecution along with that greater publicity. Allerton and Gregg meet at a moment when previous options for same-sex couplehood are increasingly shut down.”

Arrangements such as “Boston marriages,” in which two wealthy women lived together as companions without comment, were no longer accepted. Instead, Allerton and Gregg referred to their relationship as filial.

In many ways, it was: Gregg cared for Allerton in his old age, and Allerton provided for Gregg financially in a way similar to how his father had provided for him, setting aside enough money and property to allow for some independence while still taking care of much of the daily expenses.

“One danger we want to avoid—and this is true with queer couplehood and queer people in general—is that if they don’t embrace certain labels that we now use, then simply having performed certain actions doesn’t make them analogous to gay people,” says Syrett. “They might be the antecedents to gay people, but if we claim them fully as homosexual, then we’re misrepresenting their circumstances and their past. I don’t like to think of [Allerton and Gregg] as being the same thing as a married couple.”

“My beef is with the assumption that couplehood is universally the same thing no matter who’s practicing,” he continues. For example, take the Chicago lawyer and activist Pearl Hart, who lived in a home with two other women for decades before beginning an additional relationship with the activist and writer Valerie Taylor, who moved into an apartment around the corner. Allerton and Gregg’s story, Syrett says, “gives us a sense of what it was like to be in a world that would not accept something that you found to be pretty fundamental to your nature, and then what kinds of solutions people came up with in order to continue to live in that world.”