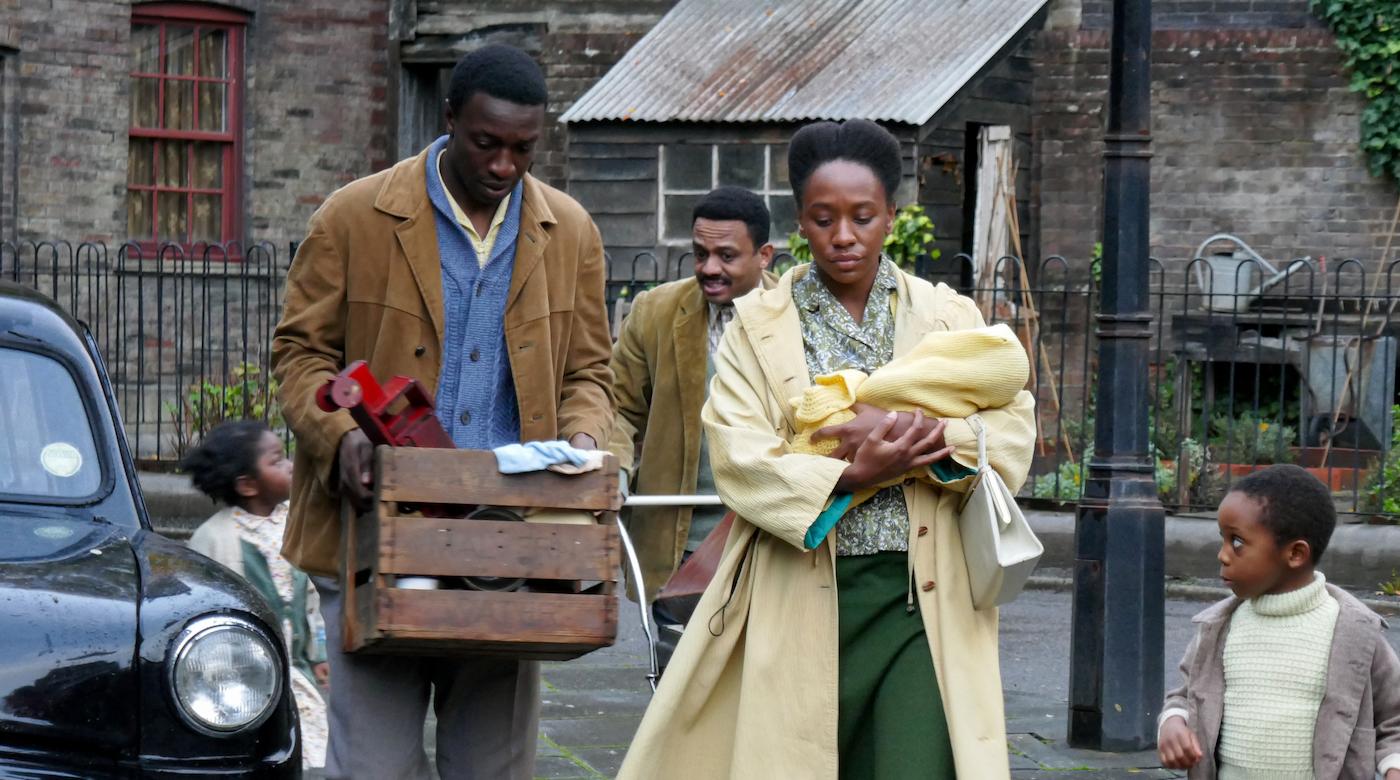 Bad (or perhaps good, depending on the perspective) news for the Nonnatans: Mother Mildred has rejected their new designs for their habits, demanding the samples be donated. But Sisters Hilda and Frances are still finding a way to modernize. Overhearing Sister Frances telling Sister Monica Joan about her struggle to relate to the problems of her patient Jacinta O’Malley, Sister Hilda calls Ms. Higgins and asks if the sisters could borrow any “groovy” magazines from the clinic. Ms. Higgins is appalled that they think she would let any such material reside in the clinic.

Instead, Sister Frances buys a few women’s magazines from Violet’s general store. When Sister Julienne hears about this from Violet, she endorses Frances’s project—as long as she only reads them in the parlor.

Frances’s patient Jacinta has two children and is pregnant with a third, but not by her husband Dessy. His long periods of work at sea had her longing for companionship—and succumbing. Admitting her mistake, she confides in Frances that she wants to give up the baby for adoption, and that the timing should work out without Dessy ever knowing. Trying to take on more responsibility, Frances agrees to help Jacinta in any way.

Cyril and Lucille are also trying to help people in need. The Clarkes have been evicted; Mr. Clarke was a bookkeeper back home in St. Lucia but could only find work as a truck driver in England. An accident left him with a bad knee and no job. When Cyril and Lucille go to buy the family food from the Buckles’ store, Fred waives the price.

Violet chastises Fred for giving away so much on charity, so he asks her to help him bring more food to the Clarkes and see the squat in which they’re living. Observing their conditions and gratitude, Violet changes her tune and begins waiving prices for other customers, too—and refusing their promise to pay her back. There is a housing shortage, after all.

Eventually, Mr. Clarke gets an interview to be a bookkeeper. Cyril lends him a suit.

Such concerns over money are a world away from the posh Lady Emily clinic where Trixie is working in advance of a possible partnership with Nonnatus House. Yet some problems can’t be solved by money: Fiona Aylward, whose baby Trixie recently delivered, has been readmitted. She’s suffering from faintness and a slight temperature, and Trixie observes a rash on her arm. Fiona’s husband Matthew is worried, and seeks frequent consolation and reassurance from Trixie.

Fiona is not improving—she falls when she insists on trying to go to the restroom alone—so Dr. Scarisbrick orders a bone marrow test. Trixie makes arrangements for Fiona’s baby to come stay at the clinic with her so that she can spend time with her newborn boy.

Meanwhile, Trixie has noticed that Dr. Scarisbrick often performs a specific surgery, and asks to observe. He agrees. She is horrified to realize that he is in fact conducting an illegal abortion and mislabeling it. When confronted, Scarisbrick offers a full disclosure. Trixie tells him she is honor-bound to report back to Sister Julienne.

She does so with conflicted feelings: she’s angry that wealthy women can get a safe abortion via doctors like Scarisbrick, and yet she still respects him. Julienne consoles Trixie, and tells her they will not pursue a partnership with the Lady Emily. Trixie will offer a week’s notice there, and then they will never speak of it again.

In the case of Fiona, however, money cannot help: she has leukemia. Fiona asks Trixie to help her pen a letter to Matthew, in case she dies—she is too weak to write.

As Fiona’s parents sit by her bedside, Matthew—initially angry at the diagnosis—tells her that she can let go. He will take care of their baby. Fiona dies, and Trixie tearfully hands him her letter. Later, he calls Trixie to thank her for everything she did for him and Fiona. Both of them cry.

Sister Frances also shares some emotional moments with a patient. Jacinta tells Frances that her mother left her when she was six weeks old. All she has from her mother is a necklace; she often wished her mother had taken her with her. She always promised herself she wouldn’t do the same thing to her own children, and now here she is.

Just then, her husband Dessy returns—early. He sees Jacinta’s pregnant belly and knows the child is not his. Frances tries to protect Jacinta, but he says that a court would give him their children, since she was unfaithful and is an “unfit” mother. Frances defends Jacinta, but Dessy is upset.

When Jacinta goes into labor, Dessy does at least call the midwives for her. She delivers the baby before they get there, but he is not breathing. Dessy steps in and rubs the infant’s back, bringing life to him just as Frances and Nurse Crane arrive. Jacinta cries as they minister to the baby: Dessy always dreamed of having a boy.

Later, he talks to the newborn: thank the lord we didn’t lose you, he says. Jacinta apologizes for her infidelity, telling him there’s no excuse. When he leaves again for sea, he says goodbye—I’ll see all four of you when I get back. There’s one more member of the O’Malley family.

Sister Julienne visits the Turners at home to inform them that she is cutting all ties to the Lady Emily clinic, given Dr. Scarisbrick’s sideline. Dr. Turner tells her that all the doctors in the wealthier areas offer under-the-radar abortions—why wouldn’t they? Nonnatus House must find another way forward to keep enough funding for its patients.