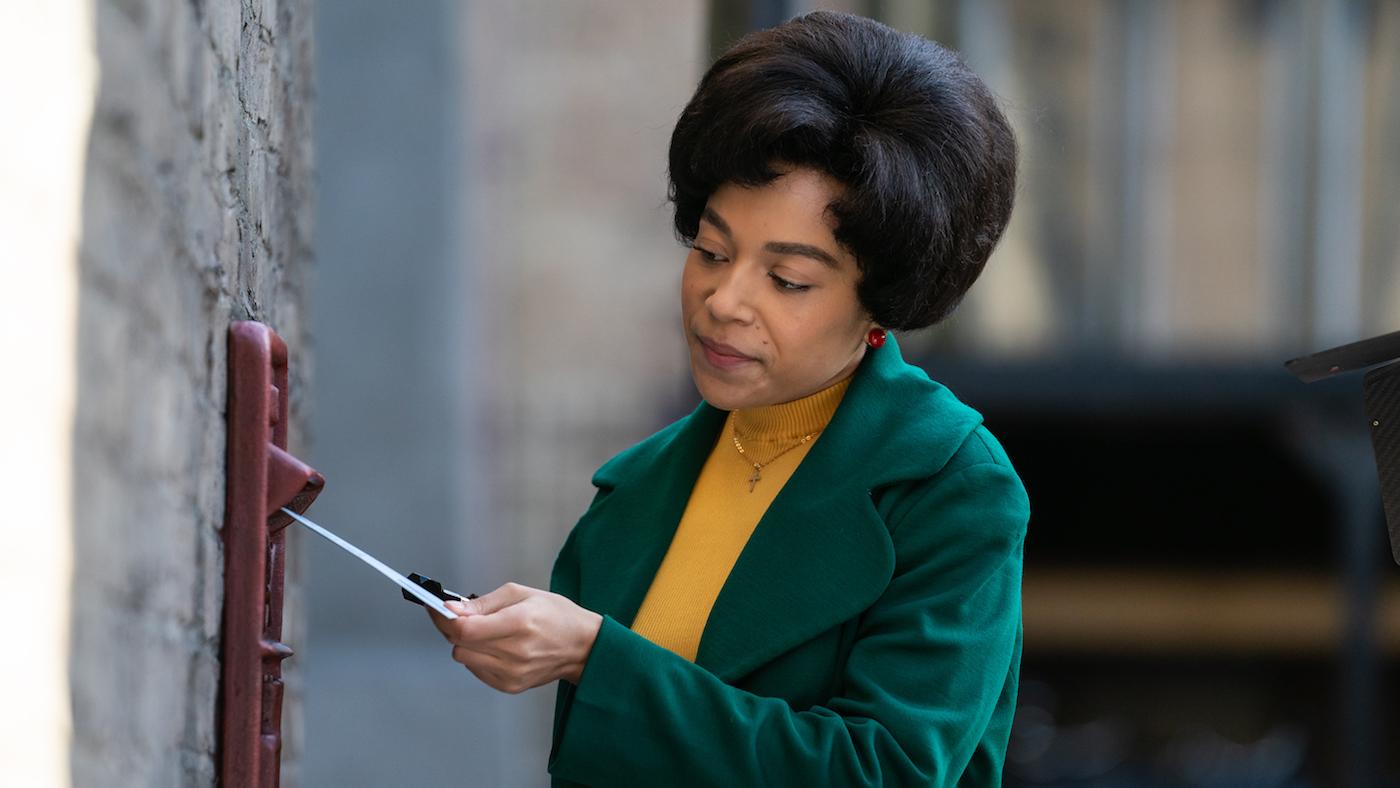 Lucille is sad that Cyril and she cannot meet each other's families, an ocean away from Poplar. Photo: Neal Street Productions

Louise Wrigley is convinced that she’s pregnant. But a test at the clinic says otherwise, and an examination by Dr. Turner confirms the negative result. She has been feeling sick, and later ends up in the hospital after collapsing in the street. The hospital discharges her when it can’t find anything wrong, but then she gives Sister Hilda a urine sample with blood in it.

Again, Hilda and Dr. Turner can’t find anything wrong, other than that Louise hasn’t eaten anything. She doesn’t have any friends or nearby family, having had to move after losing her job.

Still, a few days later Louise bangs on the Nonnatus door after missing Dr. Turner at the clinic, telling Hilda that she still does not feel good. Hilda begins visiting her at home to bring her food. The midwife is beginning to suspect Louise is exaggerating her symptoms.

Pat Williams, on the other hand, dismisses any concern about her health as she nears the end of her pregnancy. She has gained a lot of weight, but she explains that both of her previous babies were big. Despite the midwives’ wish for her to have a hospital birth, given the size of the baby, she insists on having it in the comfort of her well-maintained home.

Intrigued by a small trace of glucose in Pat’s blood, Lucille discovers a medical study suggesting that some women develop diabetes during pregnancy, leading to an extra-large baby and a potentially difficult delivery, and then lose the condition after giving birth. Shelagh and Dr. Turner both agree that this “latent diabetes” might be affecting Pat, and send her to get a glucose tolerance test.

Despite her husband’s position there as a porter, Pat, who is Black, has a bad experience at the hospital: the attendant simply tells her to eat less and dismisses Shelagh’s belief in latent diabetes.

Shelagh is at the hospital because they need a temporary tutor for their midwives. She offered the job to Nonnatus—she knows they still need money since Sister Julienne’s private partnership scheme didn’t pan out—but they are stretched too thin. Shelagh’s absence from the clinic has slightly overwhelmed Miss Higgins, but Higgins finds companionship and support in Nurse Crane, who eats lunch with her and offers her rides. Soon, the two women are discussing a trip to Spain together.

Cyril also wants to take a trip—a smaller one, just to the beach. He has noticed Lucille’s nostalgia for her tropical home, and plans a picnic. But Sister Frances has a stubborn toothache and has to go to the dentist, requiring Lucille to lose her day off to cover for her. As Fred pulls up in a borrowed car with a picnic basket packed by Fred and Violet, she rushes off to deliver Pat’s baby.

Pat waited long enough to call the midwives that it is too late to move her to a hospital, but her labor goes on for a long time and feels wrong to her. Dr. Turner attempts to deliver the baby by forceps but is forced to call an ambulance to send Pat to the hospital for a C-section.

The birth is successful: the baby is 13 pounds and 8 ounces. But Pat is depressed—she can’t move until her scar heals, she’s stuck in the hospital, and she can’t see her baby, who must be incubated for a few days. The same attendant who was rude to her during her glucose test has convinced her that her weight caused all these problems, and is her fault. Shelagh assures her that’s not true, and Dr. Turner later explains latent diabetes.

Pat insists on going home from the hospital as soon as possible and ends up infecting her scar as a result. She still feels she has ruined things, but eventually her scar heals and her caring family works out accommodations to allow her to feed and hold her baby even while still bed-ridden. Soon she is feeling happy and blessed again. 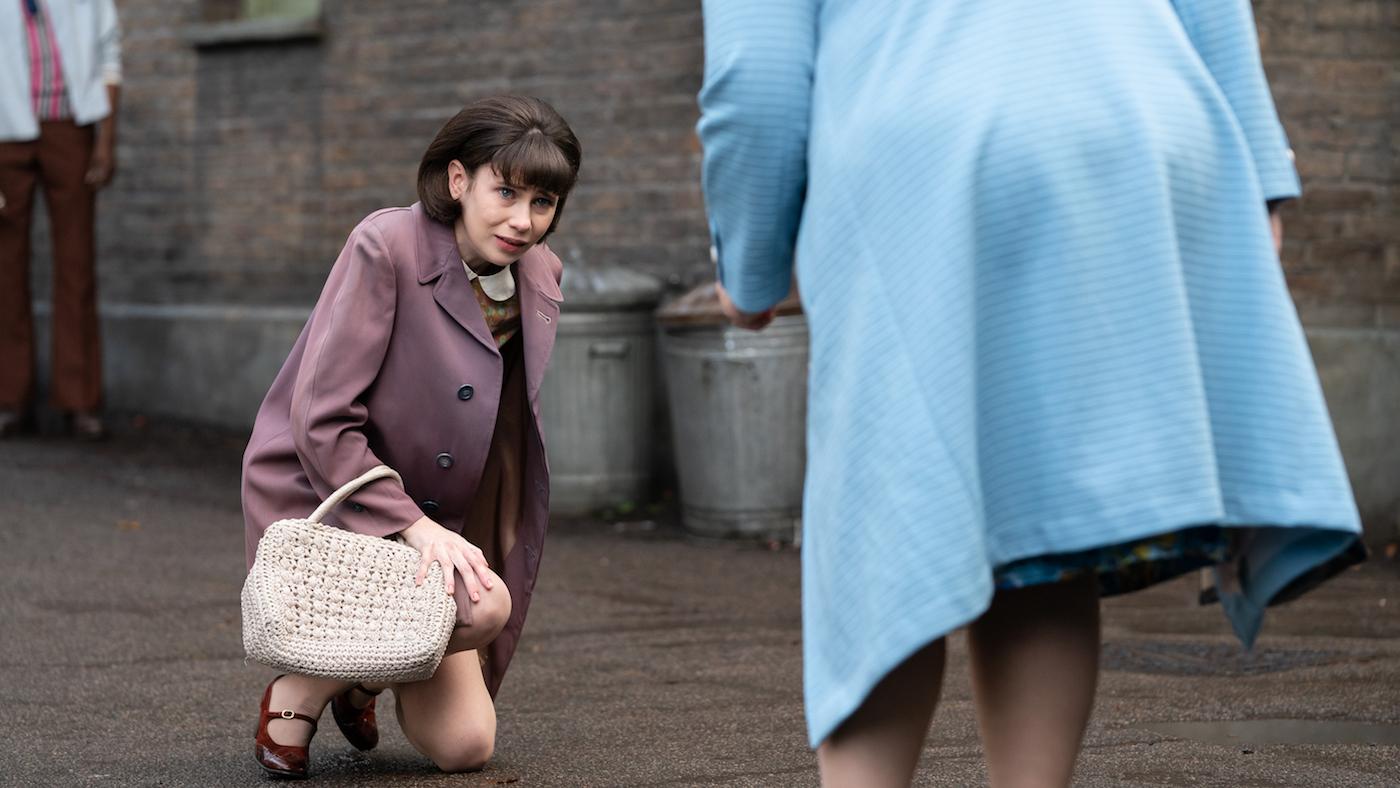 Dr. Turner and Sister Hilda are struggling to uncover the source of Louise Wrigley's many ailments. Photo: Neal Street Productions

Louise is another story. She shows Sister Hilda a basin filled with vomit—and blood. But Hilda notices a razor by the sink and a bandaged finger, and realizes Louise has added blood to her vomit. Louise still insists that she is ill.

Dr. Turner has discovered that the young woman has also sought aid from several other doctors. He and Hilda try to refer her to a psychiatrist, but she recoils, insisting that she is physically sick and convinced that they believe she is making it all up.

When Hilda next visits, she finds Louise collapsed near a bottle of gin and pills, but gets her to vomit it up soon enough to save her. Louise knew Hilda was coming, and the sister suspects her action was another call for attention. As Hilda sits with her waiting for an ambulance, Louise explains that she had appendicitis when she was a child. Her mother punished her for complaining and making it up, but she eventually ended up in the hospital, where she felt safe and cared for. She never wanted to leave.

Hilda decides to volunteer for an organization helping others with mental illness, given her experience with Louise’s struggles.

Sister Monica Joan is also struggling—she is having a crisis of faith. Fred encourages her to talk to Sister Julienne, who has accepted the offer of a young curate briefly staying at Nonnatus to speak with Monica Joan. He just offends her instead.

Only after Julienne shares excellent news with Monica Joan does the older sister finally explain her despair. Julienne encourages her to hold firm. God will return, she assures Monica Joan. This is just a test.

What is the good news? Shelagh has worked out a way to save Nonnatus. Nonnatus can provide training experience to midwives at the hospital, thus bringing in enough money to keep operating.

Cyril and Lucille never make it to the beach, but he does lay out a picnic for her in his flat. She explains that she’s less sad about missing home than at the fact that he cannot meet her family, and vice versa. So Cyril writes a letter to Lucille’s parents introducing himself, and she does the same to his, bridging an entire ocean between their current and former homes.