From Riots to Renaissance: Hansberry's Victory

DuSable to Obama | From Riots to Renaissance | Hansberry's Victory

From Riots to Renaissance: Hansberry's Victory

Chicago native and author Lorraine Hansberry drew on childhood experiences to write her acclaimed novel-turned-play A Raisin in the Sun, in which a black family faces discrimination after buying a home in an all-white neighborhood.

Hansberry was nearly eight years old when her father, Carl Hansberry, decided to purchase a three-flat at 6140 S. Rhodes in the white neighborhood of Woodlawn, and challenge the restrictive housing covenant that kept blacks from renting, leasing, or buying property in the community. Shortly after moving in, the Hansberrys were evicted based on the covenant. Mr. Hansberry then waged a three-year legal battle for the right to live in his home. The case, Hansberry vs. Lee, resulted in a 1940 Supreme Court decision that helped to end racially discriminatory housing covenants across the city of Chicago.

Recalling the times she and her siblings would go to eat at a "whites-only" restaurant, Ms. Hansberry said, "Sometimes you were shaken a bit, but you did it because you knew your dad was going to come back you up." Her play A Raisin in the Sun has the distinction of being the first drama written by a black woman to be produced on Broadway.

The Chicago City Council designated the Hansberry family home a landmark on February 10, 2010 in recognition of Ms. Hansberry's contribution to the Black Renaissance Literary Movement of the 20th Century. 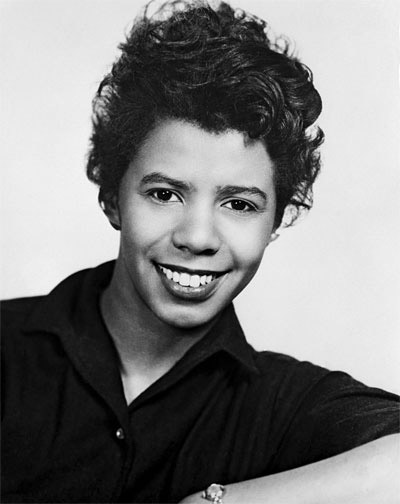 Lorraine Hansberry was fully engaged in the black struggle for equality and human rights. With her play, A Raisin in the Sun, Hansberry wanted to show "the many gradations in even one Negro family." 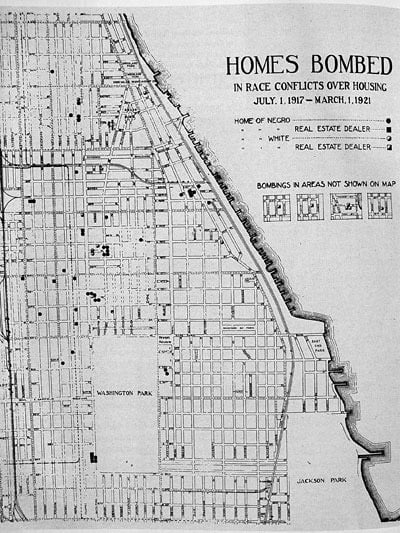 This map from a 1922 study by the Chicago Commission on Race Relations show homes bombed in race conflicts over housing between 1917 and 1921. In 1945, the Chicago Defender reported some 30 violent attacks on homes occupied by blacks along the fringes of the Black Belt. 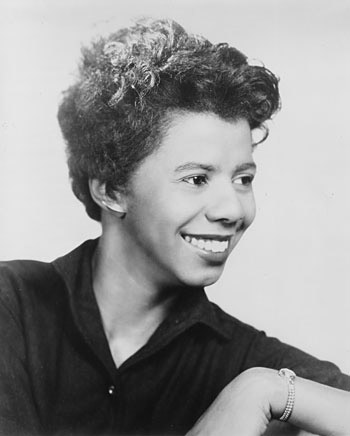 Lorraine Hansberry speaks with noted Chicago author and radio host Studs Terkel about writing A Raisin in the Sun.