'My Mother and Other Strangers' Recap: Eels and Justice for All 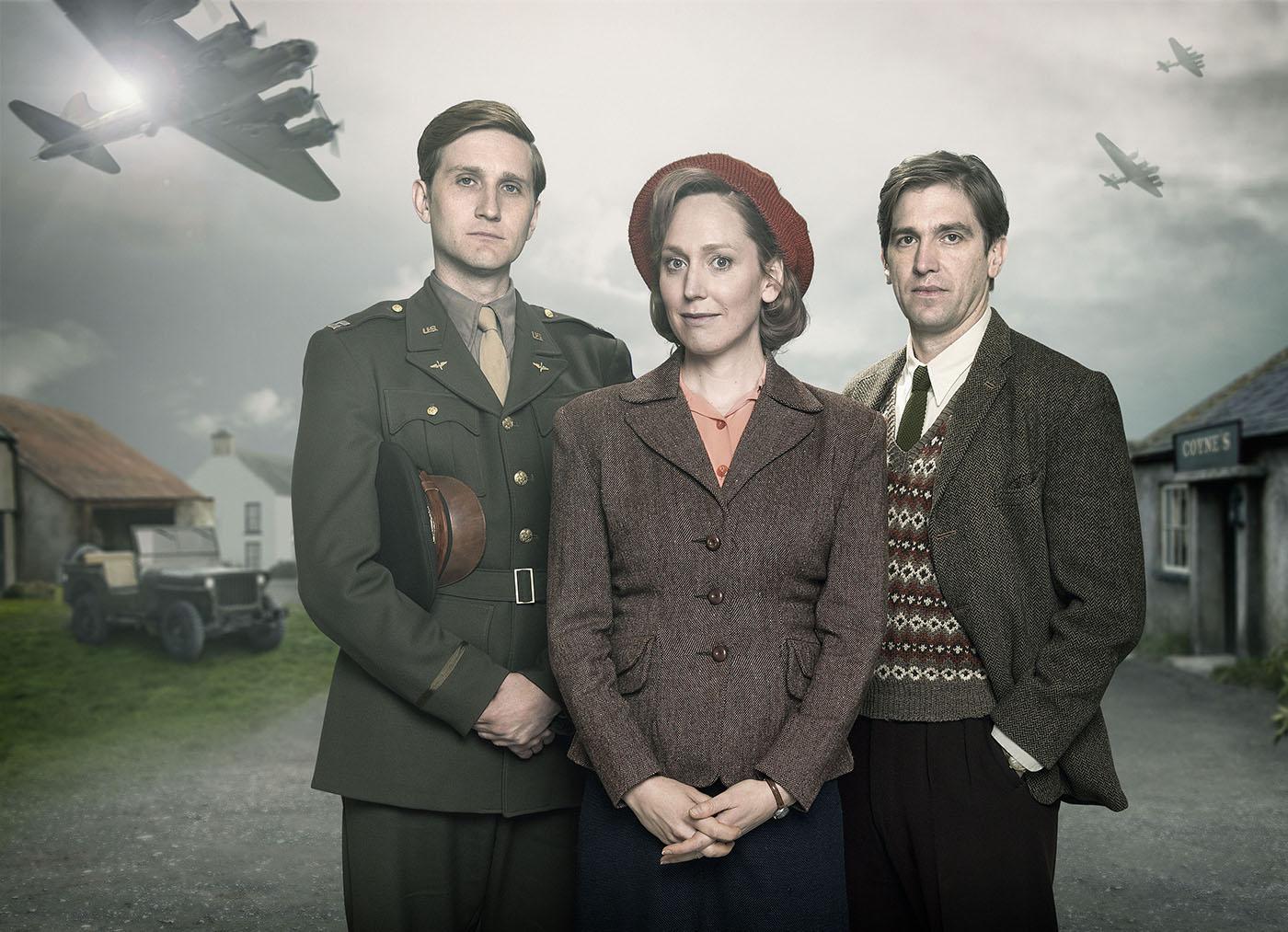 My Mother and Other Strangers airs Sundays at 7:00 pm. You can stream previous episodes. Read our recaps of the preceding and the following episode.

Eels, corned beef, books. These may seem mundane, but to the villagers of Moybeg they’re enviable luxuries. Eels are abundant in nearby Lough Neagh and a favorite food of the locals, but an eel company holds a monopoly on them and sends bailiffs to patrol the lake to enforce it. Under strict war rations, corned beef is impossible to get – young Francis and his friend Seamie have never eaten it. And for the ambitious Emma and Rose Coyne, books provide knowledge and vistas unknown in their simple rural hamlet.

To Emma, Barney is the exemplar of that unsophisticated existence. With Lieutenant Barnhill gone, Barney is eager to endear himself to Emma. He asks for a book recommendation from her, trying to interest himself in one of her main hobbies. But despite his attempts at reforming his quaint grammar and his newfound enthusiasm for reading, he remains a figure barely worth notice to the condescending Emma. 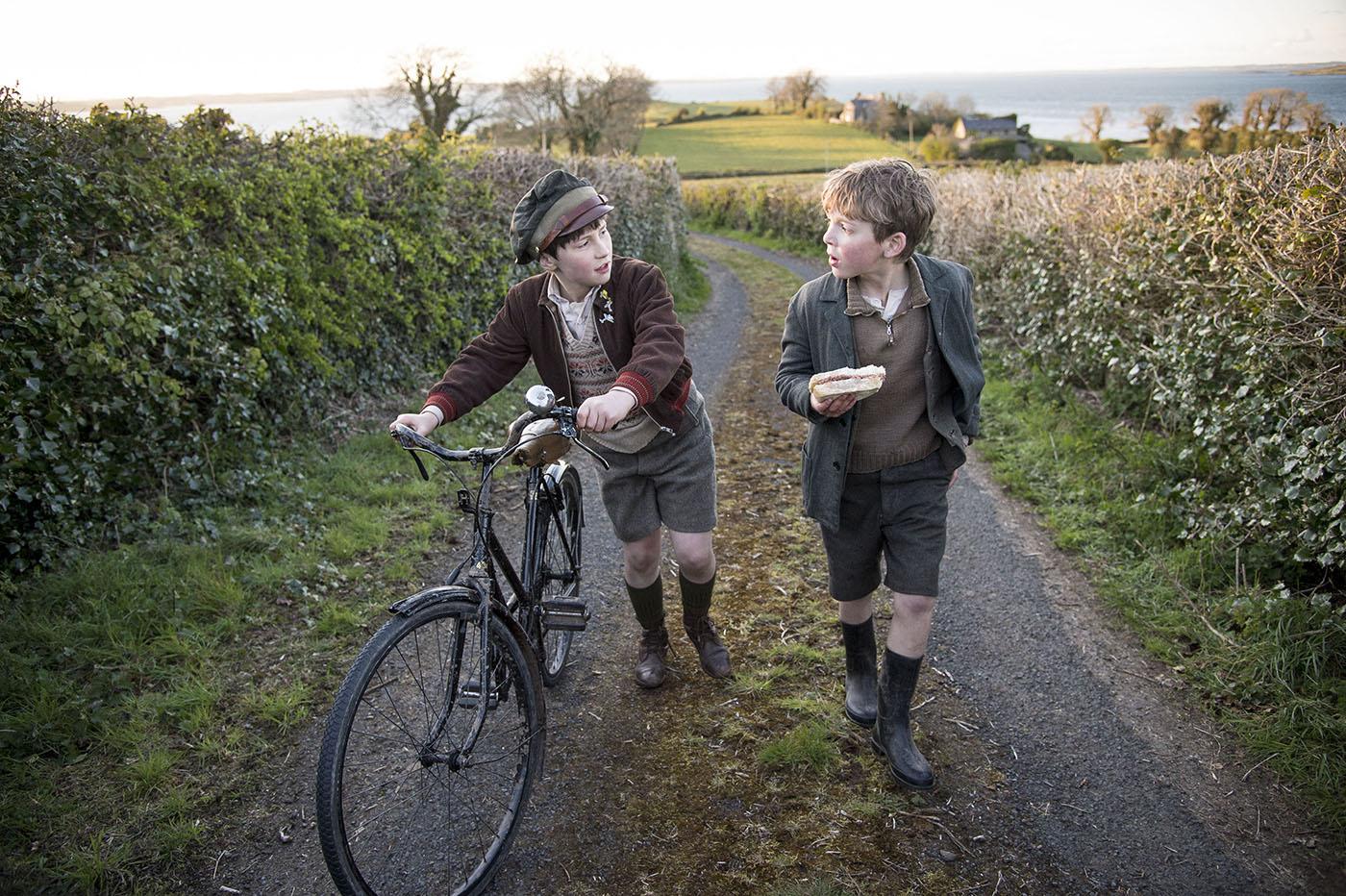 Corned beef is so rare under rations that Francis and Seamie have never had it. Photo: Steffan Hill/BBC 2016 for MASTERPIECE The appearance of a gentlemanly medical student named Andrew doesn’t help Barney’s chances. Emma is immediately attracted by Andrew’s refined manners and learning, and is soon cycling to meet him in the large town where his father, the local doctor, lives. After an admiring conversation and a peck on the forehead, he asks to see her again. Barney’s excited advances are instantly forgotten in Emma’s elation.

Andrew came to Moybeg with his father, who was conducting a physical of the village rapscallion Davey Hanlon in advance of Hanlon’s appearance in court. Hanlon has been charged with assaulting an eel company bailiff after he and his friends were caught poaching eels on Lough Neagh. Davey threw the first punch and was saved from drowning by the bailiff after he fell off the boat, but he plans on testifying that the bailiff was the instigator and threw him into the water. He has the bruises to corroborate that claim, while the bailiff is perfectly unharmed – as a result of Davey’s poorly aimed swings.

But Davey and his fellow ne’er-do-wells weren’t the only witnesses. Francis and Seamie were also on the boat. The Hanlons trust Seamie to cover for them, but Francis’s moral upbringing worries them – and him, too, because he’s afraid to testify in court and unwilling to lie. He’s saved from the dilemma by habeas corpus. While he stays at home, his parents go to court to observe the proceedings.

The outlook is bleak for Davey, whose account of the crime is hard to believe. But Rose interrupts the prosecution to make a plea for justice, not on behalf of Davey – at whom she once pointed a gun in order to prevent him from beating a drunk soldier – but in defense of the entire fishing community. She cites the unfair charter of the eel company and the fishermen’s time-honored reliance on the lake and manages to woo the judge into a lenient sentence of a simple fine and confiscation of Davey’s eeling equipment. 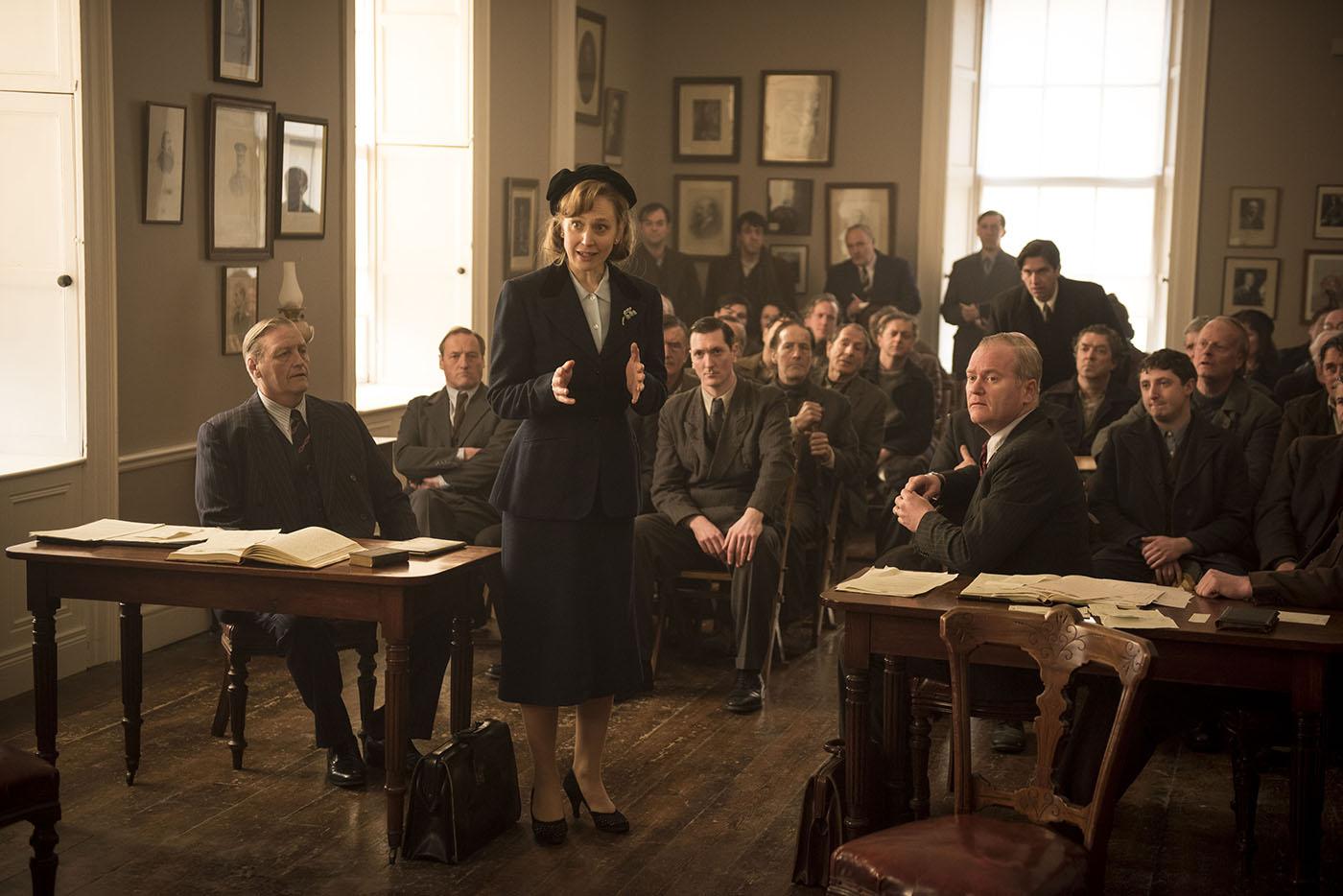 Rose stands up for justice on behalf of Moybeg's fishermen in court. Photo: Steffan Hill/BBC 2016 for MASTERPIECE Rose’s informed knowledge of the legal battles over Lough Neagh is sourced from a book about the region given to her by Captain Dreyfuss. His request that Rose help alleviate tension between the people of Moybeg and his American airmen has become a transparent excuse for the two to meet and grow closer. Michael notices their friendship, but instead of being angry or suspicious, he asks Rose to use it to persuade Dreyfuss to shorten the ban on the Coyne pub. When she returns to her husband with a possibility instead of a certainty that it will be done, Michael even suggests that she should have flirted, raising an indignant Rose’s hackles.

That’s just one instance of marital strife between Moybeg’s leading couple. Rose disapproves of Michael’s stash of black market corned beef, which he received as payment of an American soldier’s bar tab. But when she confronts him, he defends his acceptance as driven by the unusual times. She in turn “disposes” of the tins, whose contents are later found feeding the dump-trawling family of Seamie.

Rose’s star moment in court further aggravates Michael, who feels that she made a fool of their family. Think what he will, Rose is now an admired idol in Moybeg – and she managed to shorten the pub ban to a fortnight. Keep up your small-minded orneriness, Michael, and you’ll soon drive Rose to Dreyfuss.