'My Mother and Other Strangers' Recap: Sorority Girls 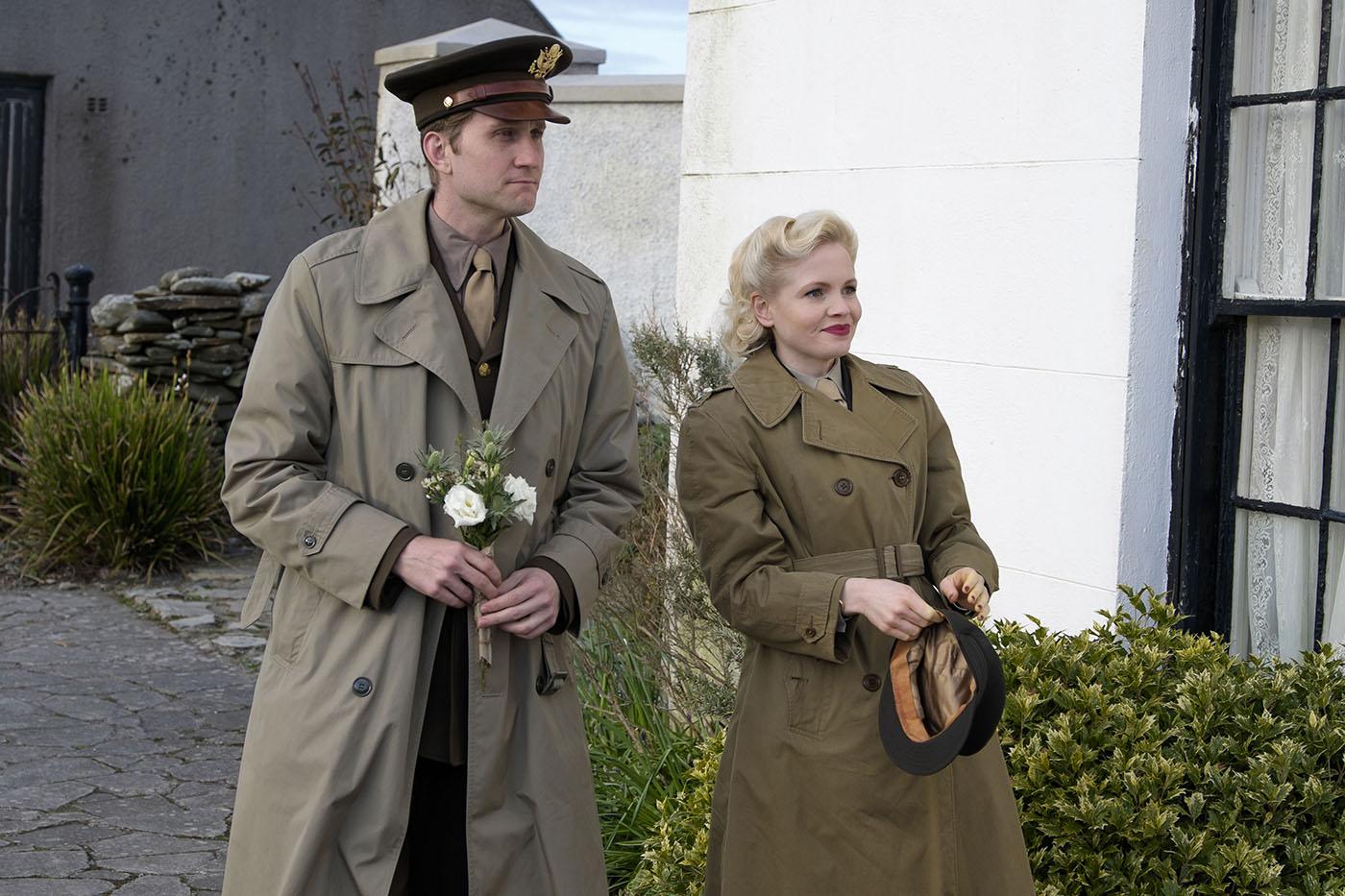 My Mother and Other Strangers airs Sundays at 7:00 pm. You can stream previous episodes. Read our recap of the preceding and following episode.

Rose’s younger sister Vera is visiting Moybeg. She’s a cigarette-smoking, cocktail-drinking, glamorous cosmopolitan, turning heads at the pub and offering romantic advice to Emma. To Michael, she’s a loose cannon; to Rose, a rival and a confidant. She’s an explosive presence in the sleepy town of Moybeg.

Her disruptive effect is immediate. Captain Dreyfuss interrupts a sisterly stroll to set up a meeting with Rose about the schoolchildren. Vera is instantly smitten. But she’s not limiting her prospects. She joins Michael at the pub in the evening, and her flirtatious bartending brings him great business but also nervous anxiety. His fears are proved when he finds her collapsed drunkenly on the floor at a dance later in the evening.

Vera’s bombastic behavior springs from a dark source. She lost a son and husband to bombing during the Blitz, and has turned to drink and men to replace them. Her loved ones’ absence still causes her to cry out in her sleep. This is why the moralistic Rose tolerates the excess. But after such an ignominious first night in Moybeg, Vera turns her energy to a less destructive pursuit. 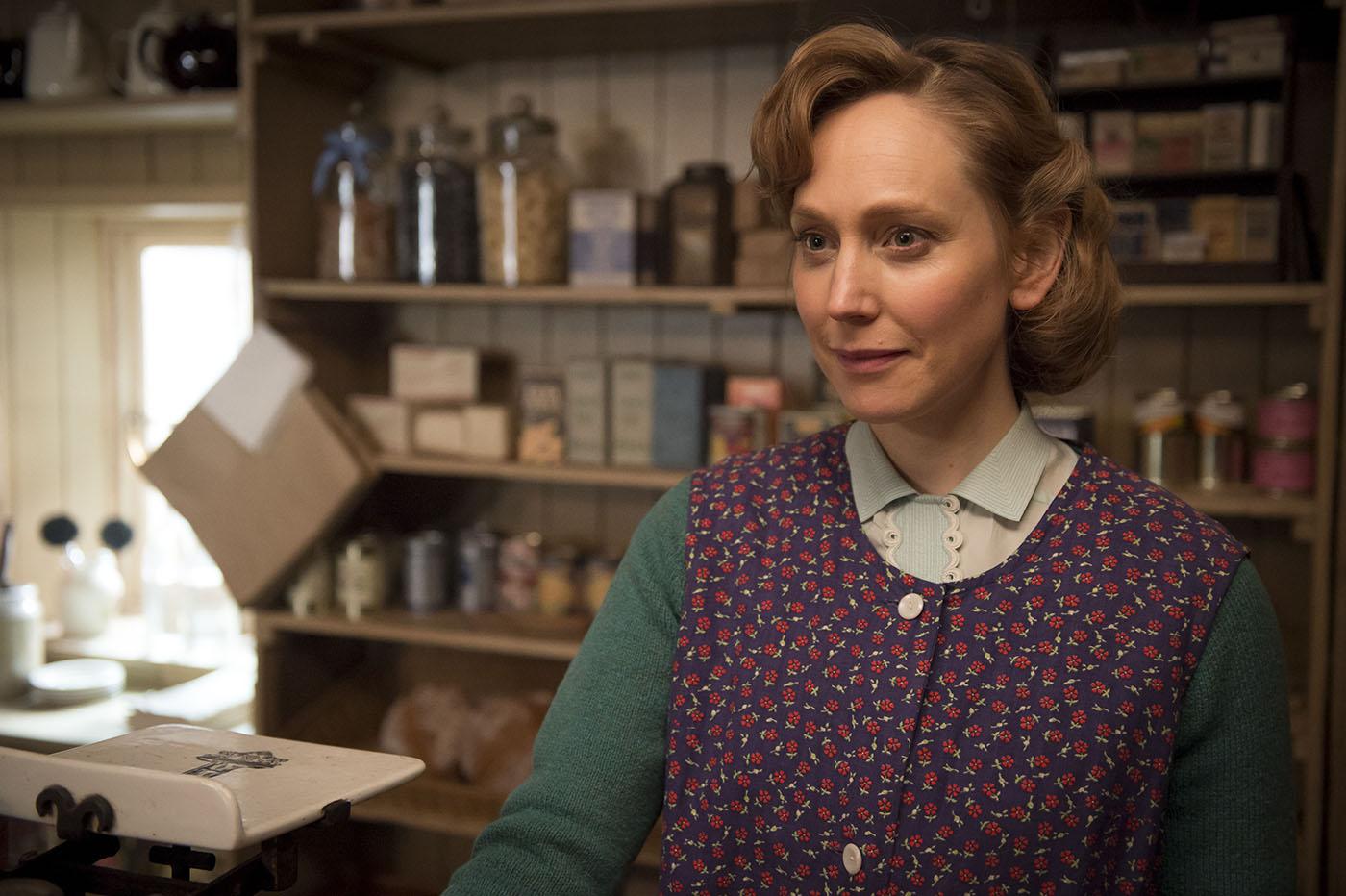 Rose wants to comfort her sister, but Vera also brings difficulties. Photo: Steffan Hill/BBC 2016 for MASTERPIECE She indomitably advances on Dreyfuss, storming over his bashful deflections to force him into a lunch date at the Coyne house. After regrouping, Dreyfuss calls to ask if he can bring another officer, and Vera accepts. As Vera tests out a recipe for a cocktail, Rose begins to share her marital discontent with her sister. Dreyfuss attracts Rose because he offers the mystery and nobility she first saw in Michael. But over years of marriage in a cramped town, those attributes seem to have disappeared from her husband. Sobbing, Rose begs Vera not to flirt with Dreyfuss and take away her fantasy.

Rose and Dreyfuss are growing ever closer to actual intimacy: see their awkward interactions as they discuss a plan to throw a Christmas party for the schoolchildren. But after unloading her feelings onto her sister, Rose realizes the shaky ground upon which her affection towards Dreyfuss stands. She tells her sister to shamelessly flirt with Dreyfuss at their luncheon, thereby saving the Coyne family.

Michael is making his own attempt to salvage his marriage. He never gave Rose an engagement ring – he couldn’t afford it– so he goes to buy one now. But the ring needs to be resized, and that extra day of waiting could not come at a worse time. 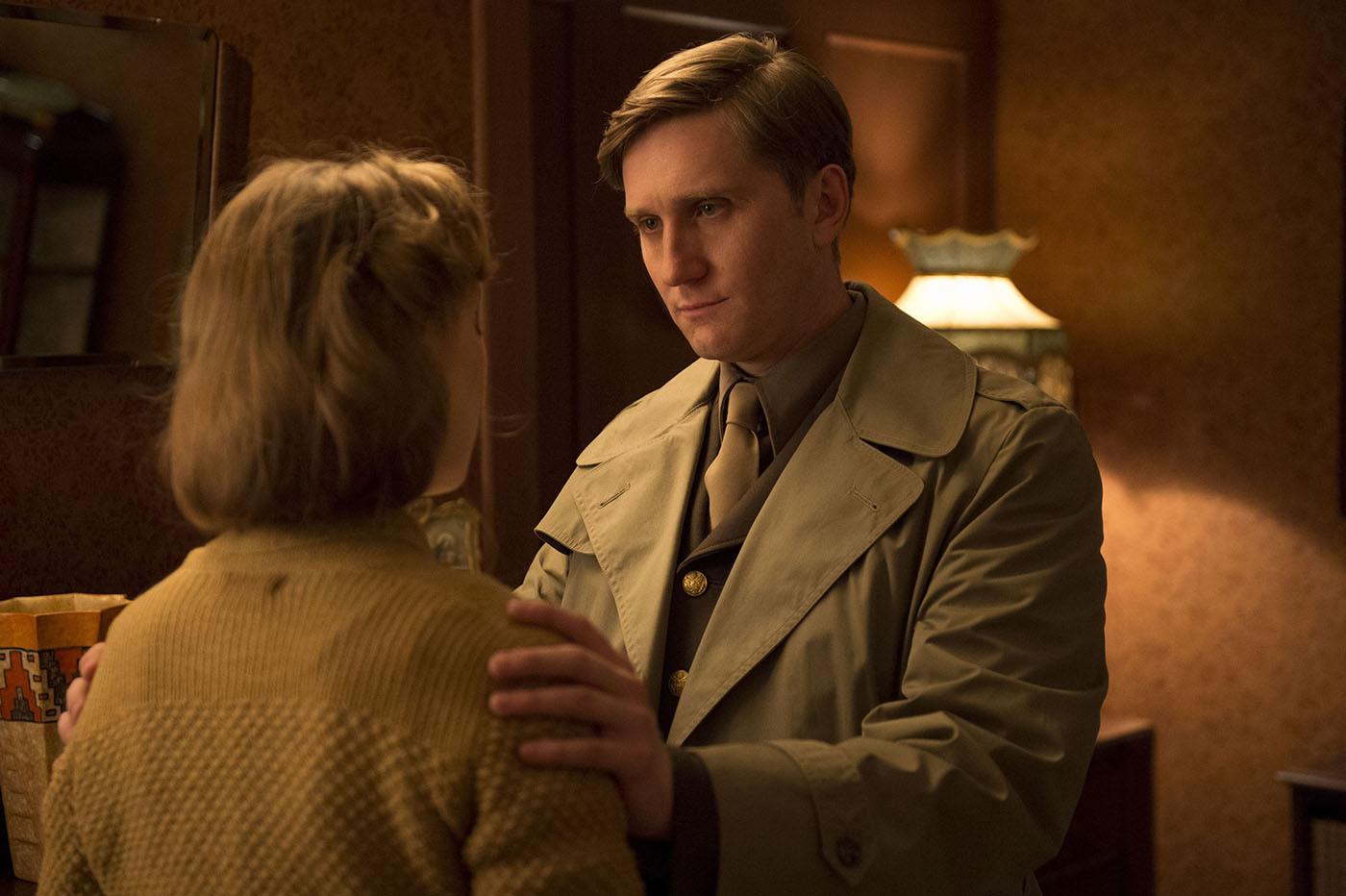 Rose is attracted to Dreyfuss by qualities she used to think Michael had. Photo: Steffan Hill/BBC 2016 for MASTERPIECE Dreyfuss brings Nurse Tillie to the lunch, and her nonstop chatter prevents either Coyne sister from flirting with the captain. But as Rose plates dessert in the kitchen, Dreyfuss corners her and confesses he brought Tillie to shield him from Vera. Just as she thought she was over Dreyfuss, Rose falls back into love and the two kiss, only to be interrupted by Tillie.

That evening, Michael continues his redemption by thanking Rose for staying with him in a provincial town, even though he knows that he doesn’t satisfy Rose’s more high-minded needs. With that, he shows the traits Rose thought he had lost, and their love is rekindled. Too bad Rose’s attraction to Dreyfuss has also just received some timber. Tillie is no help either, when she brings a gift to thank Rose for the lunch and tells her of Dreyfuss’s deep admiration of Rose.

As befits her age, Emma’s love life is simpler. She briefly thought Andrew was seeing another girl, but it was just his cousin. Rose is afraid that Emma is too young for the relationship, and her disapproval threatens to draw a wedge into the mother-daughter bond. But Vera helps her sister out once more before leaving: she advises Emma to seize her opportunities, but also to strive to never hurt her parents. Family is vital – Vera would know.