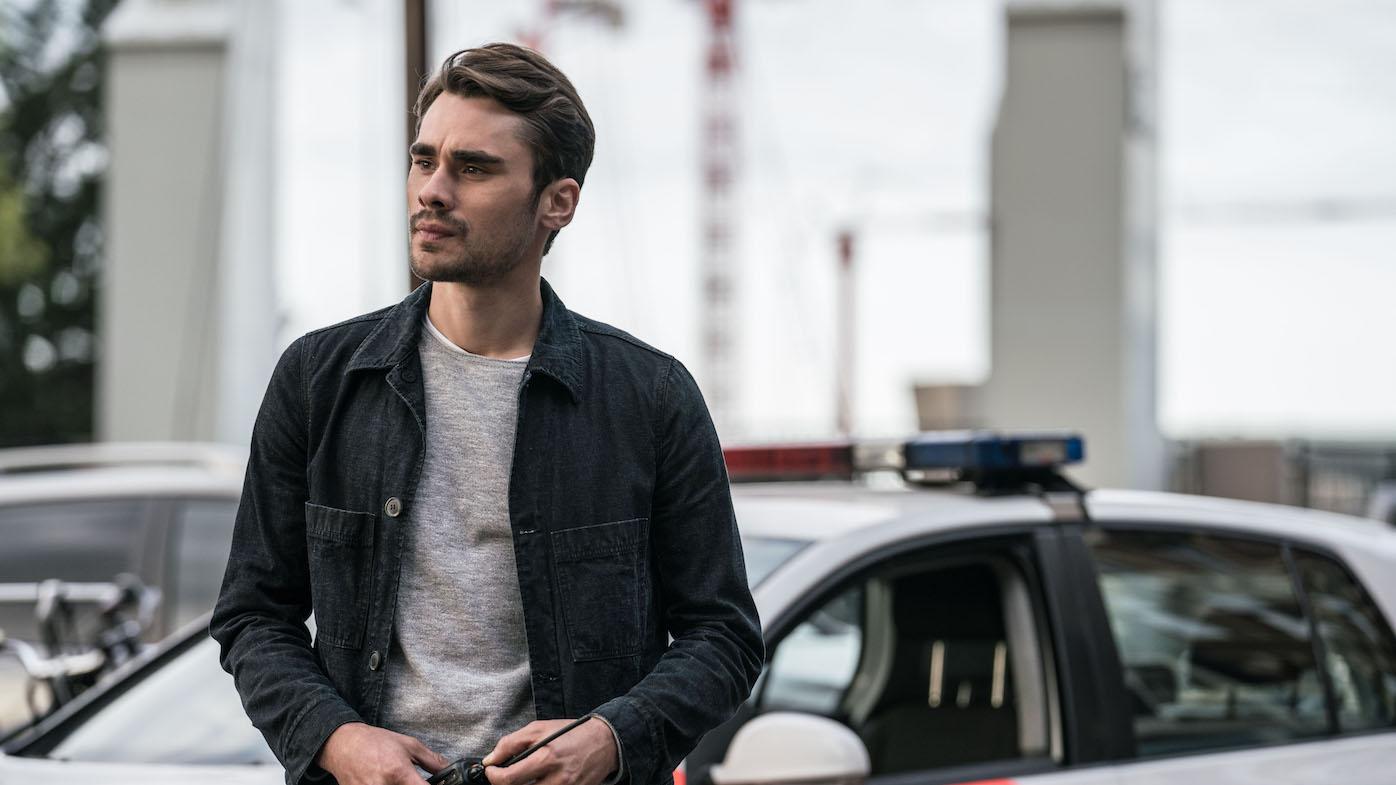 Niels, the son of the police commissioner, has become involved in Baptiste's case. Photo: Two Brothers Pictures and all3media international

Baptiste has found the missing Natalie Rose, and she has revealed that Edward Stratton is not her uncle. He is actually a client of hers who became obsessed; he broke her jaw when she refused to be exclusive to him. She also claims that he is involved with a Romanian gang that traffics women, and that they pay off some police officers. She asks Baptiste not to meet with Edward again.

But Baptiste has already told Edward he has news, so he meets with him and tells him that he can no longer pursue the case; he’s not sure Natalie wants to be found. But Edward knows Baptiste has found Natalie: his Romanian associates have planted a bug in Baptiste’s wife’s purse. Edward tells Baptiste not to underestimate him; he’s a survivor. He then leaves Baptiste—surreptitiously grabbing the detective’s car keys on his way out.

By the time Baptiste realizes his keys are gone, it’s too late for him to catch Edward. When he reaches his car, the door is ajar, the GPS open to the address of Natalie’s houseboat—and Edward is gone.

Baptiste calls his friend, the commissioner of Amsterdam’s police, and tells her to send police to the houseboat. (He has already called her once that morning to chastise her for not figuring out that Edward may have wanted to harm Natalie, not find her.)

But a Romanian fixer is already on the way. Natalie hears him coming and hides on the deck of the boat as he searches the house, eventually slipping into the water. As the murderous man comes onto the deck, Natalie dives underwater, gripping a mooring post tight to stay down. When the man finally leaves, she swims upward—but her foot is tangled in a rope. She runs out of air before being able to free herself and drowns, still tied to the pole.

When the police arrive at the houseboat, they find nothing amiss and no one there. They’re led by Niels, the son of the commissioner. Baptiste shows up, and calls Edward: who are you? And where is she? But Edward is shocked that Baptiste doesn’t know where Natalie is, since his associate didn’t find her. Baptiste goes onto the deck, and quickly spots Natalie’s body underwater.

Edward visits Kim, the woman once known as Dragomir Zelincu, who was helping to protect Natalie, and insists she tell him where Natalie is. She remembers Edward as Mrs. Stratton. He is clearly psychopathic, relating a story about a childhood bully whose mouse he cut in half as revenge. When Kim won’t talk, his temper rises and he grips a gun—but at the last second, Kim’s partner appears, and Edward leaves.

Niels goes to the hospital to find the man Natalie listed as her next of kin. He’s waiting with his son for an operation, and initially thinks the police are there to check on him—he’s on parole. He’s surprised he’s Natalie’s next of kin—they were an item some 18 months ago, but that’s it. Either way, he needs to identify Natalie’s body.

There’s more to this man, de Boer, than we know. The tulip farmer who discovered a necklace on his farm has now also dug up a duffel bag full of cash. Debating what to do, he eventually decides to report it to the police. But at the police station, he sees a TV broadcasting news of Natalie’s death, and suddenly leaves the station with the bag. He goes home and opens a letter, then drives to the hospital, sneaks into the room of de Boer’s boy, and whispers to him: “Come.”

Baptiste blames himself for Natalie’s death. He still feels that there’s more for him to learn about Edward, so he meets with the police commissioner and Niels, who happens to be her son. Edward doesn’t have any trace of a criminal record anywhere in Europe. Niels is also part of a Europol investigation into the Romanian gang with which Natalie said Edward was involved, and he’s never seen any connection to Edward. He dismisses Baptiste’s belief that Edward is involved, but the commissioner orders him to acquiesce to Baptiste’s request to bring Edward in for questioning.

As Niels calls to order Edward’s questioning, the commissioner apologizes to Baptiste for her son’s testiness. He has survived cancer—presumably this is why we’ve seen him consulting with an urologist about prosthetics—and has had a short temper ever since. Niels then returns with surprising news: Edward has just voluntarily come to the police.

Edward says he has come to the police because he saw on the news that Natalie is dead. He says he loved her, and lied about his relationship because he thought the police would search more if he said she was his niece instead of just a prostitute he frequented. He says he went to a coffee shop after meeting Baptiste, at the time when Natalie drowned, and security cameras confirm it.

Yet Baptiste believes Edward knew he needed the alibi, and purposefully—and uncomfortably—sat at the coffee shop.

Baptiste is doubting himself and thinking he should let the case go, but his wife Celia encourages him. He digs for more information about Edward, calling Edward’s ex-wife in England. She says Edward recently called her for the first time in a long time, so she’s worried he has done something. Their relationship has been difficult ever since their daughter died of an overdose while they were living in Amsterdam.

Baptiste also gets word from a UK colleague about the elderly man whom we saw decapitated by the Romanian posing as a gas meter reader in the town of Deal. Somehow, Baptiste has learned that Edward is connected to the murder. He goes to Edward’s house and breaks in—Edward’s not there. He goes into the basement and sees the decapitated head—and turns around to find Edward descending the stairs, gun in hand.

Back in Amsterdam, a doorbell rings. Celia answers: it’s the Romanian murderer, asking to read the gas meter. She lets him in.