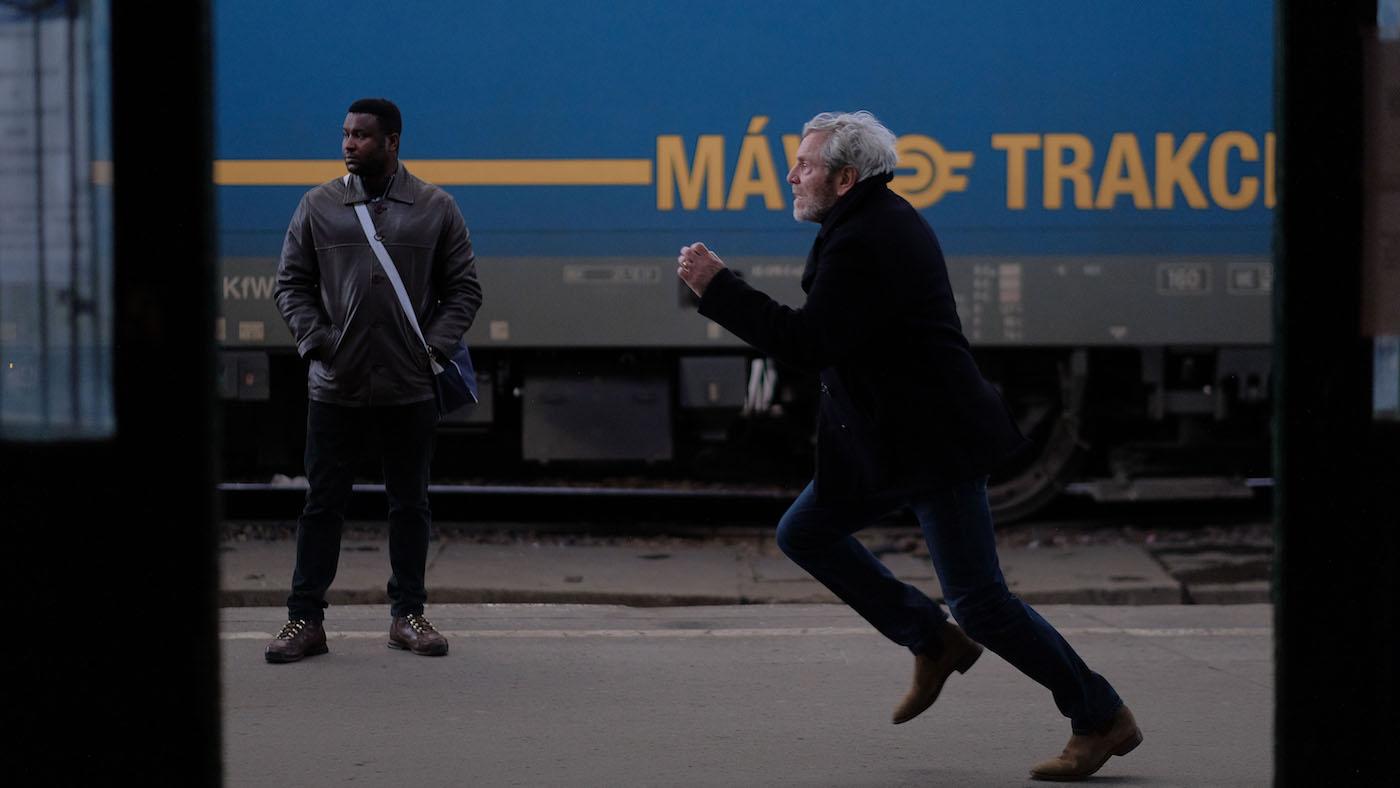 Baptiste airs Sundays at 9:00 pm and is available to stream. Recap the previous season and following episode.

Emma Chambers and her family are on vacation for the first time in three years. The northern Hungarian mountains where they are hiking and staying may be only an hour from Budapest, where Emma serves as the British ambassador, but they are still stunning. Her sons, Alex and Will, are less than excited by the landscape—Will doesn’t look up from his phone. But Emma and her husband Richard know their late daughter Laura would have loved it.

Will has been non-verbal for the past two years; Laura died two years ago. He is utterly attached to his phone and his brother, and his only aural communication is clicks of his mouth, as Emma explains to a young couple at the hotel whom she has invited to dinner. Richard is not happy about the invitation, or how Emma won’t talk about Laura, but Emma silences him with the word “Patagonia”—their agreed-upon signal to let something go. He goes off to bed.

The next morning, Richard, Will, and Alex are all gone from the hotel room before Emma wakes. She can’t reach any of them, and eventually realizes that Will has left his phone in the room. That’s when she calls the police.

Julien Baptiste sees news of the missing family, which has become an international incident, on television. He has been taking cases to find missing people and, apparently, hiding from his wife Celia—she has left several messages for him and doesn’t know where he is. She just wants him to call.

Instead, he heads off to Emma’s hotel to offer his help. Zsofia Arslan, the Hungarian policewoman in charge of the investigation, knows who Baptiste is by his reputation but tells him he cannot help. So he introduces himself to Emma, offering his services for free. Her aide Nadeem insists that Baptiste wait until the following day to speak with her, but not before Baptiste learns that a hotel staffer saw Richard walking towards the woods on the west side of the hotel around 5:00 am. Perhaps he was going bird-watching.

Learning that the staff member will return around 5:00 am the next day, Baptiste settles into the lobby to wait for her overnight. When she finally arrives, screaming at a man, Baptiste interrupts and sends the man away. The staffer shows him where she saw Richard; he realizes her memory is inexact and sets off to look in the woods in a different direction from the police. Emma spots him leaving and joins him.

Her family didn’t want to come to Hungary from Thailand, her previous posting, Emma tells Baptiste as they traverse the forest. Her sons missed the beach.

Baptiste notices a bloodstain on a tree—and then Richard’s body. He tries to send Emma back to the hotel, but she spots Richard’s phone and picks it up, against Baptiste’s orders. The camera was on: Richard was filming a woodpecker, then there was yelling and a gunshot. The phone fell to the ground; more yelling, an arm pointing a gun. When the police arrive, Zsofia tells Baptiste he has no place in the investigation. He tells her to arrest him if she doesn’t like him involving himself.

Emma returns to her Budapest home in case a ransom comes through, but tells Nadeem to assist Baptiste. They go over the scant hotel webcam footage together and notice a car on a service road eight minutes after Richard’s video was taken. It’s too blurry to make anything out, but Baptiste notices a person walking past at the same time. He knows who it is.

Early the previous morning, he ran into the husband of the couple with whom Emma and her family had dinner. He said he was on a run, but it was a wet day and his shoes were clean. Having observed him with his wife and nanny, Baptiste has concluded that he’s sleeping with the nanny, who is staying in a separate building. The man finally admits that he saw the car: it was driven by a man with four black lines tattooed on his neck.

Baptiste goes to Budapest to update Emma, and they bond over having both lost children. Baptiste’s daughter Sara died four months ago. Emma receives a phone call: it’s Will, clicking his mouth. Baptiste turns the phone on speaker, and they hear a train announcement and trace it to a specific route and station.

Rushing there, Emma desperately asks anyone if they saw Will. Baptiste notices a man with four lines tattooed on his neck and follows him. The man runs out of the station, then grabs Baptiste and puts a knife to his throat. Asking Baptiste why he is following him, Baptiste explains that he is looking for the Chambers boys. You don’t understand, the man says. Stay away. He leaves.

Fourteen long months later, the man turns up in a cage in the trunk of Emma’s car. She is now in a wheelchair, and seems to have been for a while, as she is proficient and has a car adapted to her. A man named Toby is with her. She has shown up at Baptiste’s residence in France, to his disappointment. I wouldn’t be here unless I had to, she explains. You promised you would help me. That was before all the bloodshed, he responds.

The capture of the tattooed man, Andras Juszt, changes things, however. She found him when she noticed fresh flowers placed at the grave of her son Alex. She watched the grave every day after that, and finally saw Juszt visit. After all these months, they have found him.

Baptiste is in a rough state. Sporting a scraggly beard, he was recently picked up by the police for banging on a door late at night, yelling “Coward.” Celia bails him out, although he doesn’t live with her, but she has finally had enough. You never should have taken the Chambers case, she says. He replies that he had to work. You could have been with me instead, you could have talked about what happened to our daughter, she says.

He signs her divorce papers.