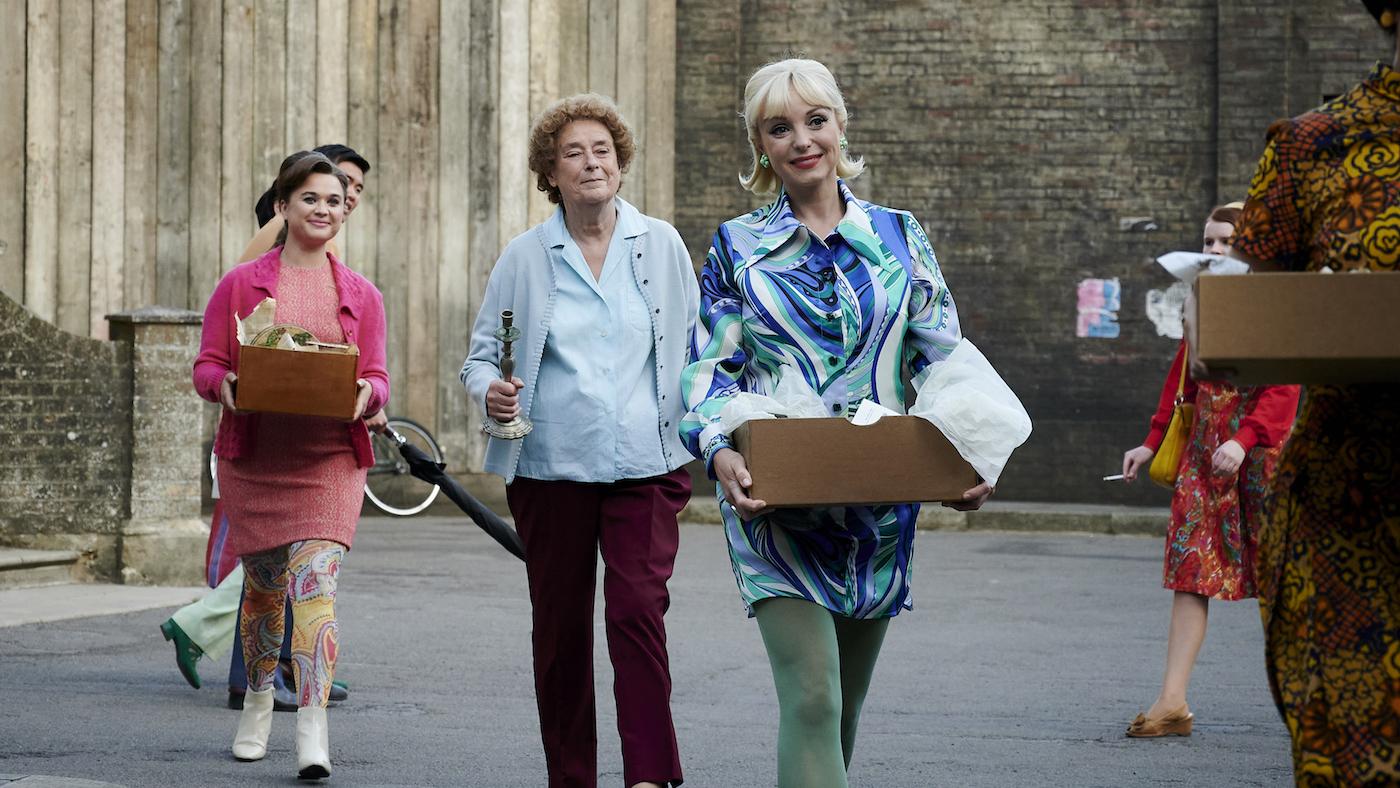 The maternity clinic is holding regular testing for cervical cancer, and it alerts the nurses to another disease: scabies. While it is easily treatable, it’s highly contagious, so the nurses begin checking schools for an outbreak and set up a treatment clinic.

Janis Cowper doesn’t have scabies, but she may have cervical cancer, so Dr. Turner refers her for more detailed testing. It’s unfortunate timing: it is her first wedding anniversary, and she and her husband Philip are eager to start having children. She doesn’t tell Philip about the test, and then avoids her appointment to receive her diagnosis, fearing the worst.

Sister Frances seeks her out at home and delivers the report personally: Janis has cancer. She will have to have a hysterectomy; she will never be able to have children. When Janis tries to tell Philip, he assumes she is pregnant and leaves, overjoyed, to tell his friends. He returns with flowers and Janis tells him about the cancer. You can leave me, she says; I have let you down.

Vivien Thomson has no problem having children. Her fourth is due soon and she isn’t too interested in Lucille’s help—she’s quite independent. She managed to take time off work and its needed wages to have the baby by “helping along” a hole in the ceiling of her slum apartment; the landlord paused her rent instead of fixing the hole.

But money is still tight, as evidenced by the nabbing of her devoted son Antony for shoplifting diapers and other goods for the coming baby, to his mother’s horror. Her eldest son and first husband have both spent time in prison, and she struggled with alcohol until she met her youngest son’s father; she fears the social worker who follows up on the shoplifting will disrupt her family.

The social worker visits Lucille for her opinion of Vivien. She wants to enroll Vivien in a local council program for contraception, to prevent a “problem” family like the Thomsons from growing any more, lest Vivien can’t take care of all her children. She asks Lucille to bring up the program to Vivien.

Against her better judgment, Lucille does—and immediately loses Vivien’s trust. Angry, Vivien admits that her husband, the father of her coming baby, walked out when he found out she was pregnant. She can’t let the social worker know she is a single mother or she might lose her children.

Lucille goes home and vigorously cleans her apartment, fearful that she or Cyril will get scabies and be judged for it, just as Vivien has been judged by outsiders. But the disease touches all: Matthew Aylward gets it, to Nancy’s amusement. Who knew posh people could have it? she laughs, teasing him. Trixie checks up on him once he recovers and he urges her to come visit her and his son.

Unfortunately, scabies has also reached the Thomson home. Vivien buys bleach to clean her apartment, and then her water breaks. Against his mother’s will, Antony calls Lucille to help. Lucille immediately realizes that Vivien has scabies, and tells her it’s nothing to be ashamed of. She apologizes for trying to interfere with Vivien’s life and choices, then sets to work calming Vivien down—Vivien has become stressed by the thought that the social worker will take away her children.

Lucille reassures, encourages, and praises Vivien throughout her labor while Antony sits by in support. A healthy baby girl is born. But when Lucille arrives for a postpartum check-up, the social worker is there, trying to order Vivien to take contraception. Lucille angrily tells her to leave for privacy during the checkup.

Miss Higgins has always enjoyed her privacy and independent life, like Vivien. One day she arrives uncharacteristically late to the clinic, clearly rattled. She had woken to find her living room ransacked, a window broken: her apartment had been burgled while she slept. She is afraid to go home, so she stays at Nonnatus House, sharing a room with Nurse Crane. That night, she sleeps clutching her purse, and screams and brandishes the candlestick when Crane hears her rustling in the dark and asks after her. Her home has been violated; she’s not sure she can ever go back.

However, Miss Higgins’ criticisms, particularities, and odd ideas of gratitude—such as treating everyone to a recorder recital— soon have the midwives wanting her to find a new place to live. After being criticized by Sisters Julienne and Monica Joan for calling Miss Higgins old, Nancy manages to bond some with her, learning that she is having trouble adapting to living with others and being cared for.

When the midwives finally admit to each other that they are fed up but are reluctant to broach the topic of new lodging with Miss Higgins, Nancy advises them all to be blunt: they can’t coddle Miss Higgins and prevent her from returning to her independent life.

Indeed, when Nurse Crane shyly informs Miss Higgins that Sister Julienne has secured Barbara and Tom’s cottage next to Nonnatus House for her, Miss Higgins is relieved. You’re all quite impossible to live with, she tells Nurse Crane, listing everyone’s foibles.

Lucille and Cyril visit Violet to secure Vivien her independence, arguing that the council shouldn’t be trying to force contraception onto under-resourced mothers: it must be the women’s choice. The three of them—a nurse, minister, and councilwoman—send a letter to Vivien’s social worker, and she removes Vivien from her list of clients. Vivien may not want another child anyway—but now she can decide for herself. And the hole in her ceiling? Fred and Cyril fix it for her.

Philip longs for children but can’t tell Janis that. He comes to Dr. Turner for advice when Janis refuses to go to a pre-surgery appointment, and Dr. Turner tells him he can think about adoption later, but for now must simply try to support Janis. Finding her at a café after she again disappears, Philip reassures her that he loves her and they still have a life together: it will just be different from what they imagined.

Janis begins to accept her diagnosis, donating toys she had kept for a future child to the maternity clinic and telling Sister Frances that she’s thinking of becoming a hairdresser. She will look to the future.