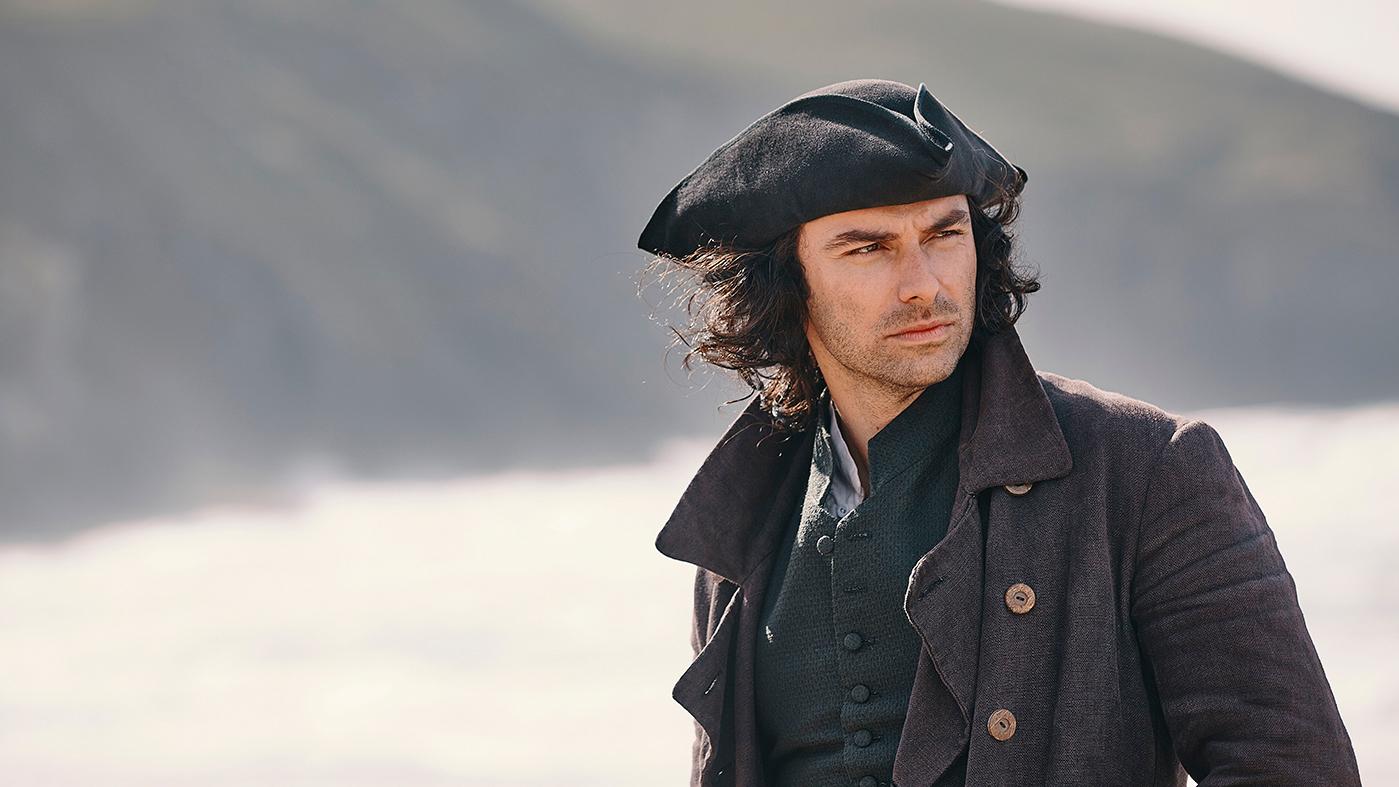 An old war ally of Ross has appealed to him for help. Photo: Mammoth Screen

Poldark airs Sundays at 8:00 pm and is available to stream. Catch up with recaps from the show or of the following episode. Confused about who's who? Check out our handy guide to the characters.

Poldark is back for a final season! For those who have read Winston Graham’s Poldark novels, this season we are in uncharted territory. Rather than make the 11-year leap that happens at this point in Graham’s story, scriptwriter Debbie Horsfield has filled in some blanks hinted at by Graham. So expect some new characters…and familiar ones going in unexpected directions.

Where we left off: Having survived a disastrous duel in London, Ross has settled into restless domesticity in Cornwall with Demelza and their young children Jeremy and Clowance. Caroline (and her adorable pug Horace) have likewise returned to Dwight, ready to try for another child after the heartbreaking loss of their infant daughter Sarah. Poor, traumatized Morwenna, finally married to Demelza’s brother Drake Carne, can’t forget the brutality of her sadistic late husband; Lady Whitworth, his dragon of a mother, has grabbed custody of Morwenna’s toddler son John Conan. Elizabeth – Ross’s first love – was desperate to make her third child come early, hoping to convince her jealous husband George that her second child, Valentine, had also been premature and was therefore his (George suspects that he is probably Ross’s). After secretly taking a seedy physician’s potion, Elizabeth produced a healthy daughter, Ursula, but tragically died of gangrene. Only Dwight, who discovered her empty medicine bottle, knows what happened. George, left alone with only Valentine, his uncle Cary, and baby Ursula, takes Elizabeth’s death hard.

We open on a Revolutionary War battlefield in Virginia, 1781. Wounded soldiers, most of them Redcoats, lay scattered on the ground; Ross is among them, and we see, in gory detail, his freshly bleeding facial scar. Ross’s Irish colonel, Edward (Ned) Despard,* hauls him off to be patched up by a young medic – Ross’s future BFF, Dwight.

Fast-forward to 1800 London, where we follow a mysterious hooded woman into a jail. She is Catherine “Kitty” Despard,* a striking former Honduran slave visiting her prisoner husband Ned. Nobody will help, she tells him, and Ned hands her a letter for Ross, assuring her, “He’ll remember.”

Back in Cornwall, as George broods and his home, Trenwith, is being draped in dustsheets to prepare for his move to Truro, Ross and Demelza get a surprise visit from George’s hated stepson Geoffrey Charles. Broke and AWOL from prep school, he wants to attend the military academy instead, and Ross takes him to hit up George for cash. Good luck with that. 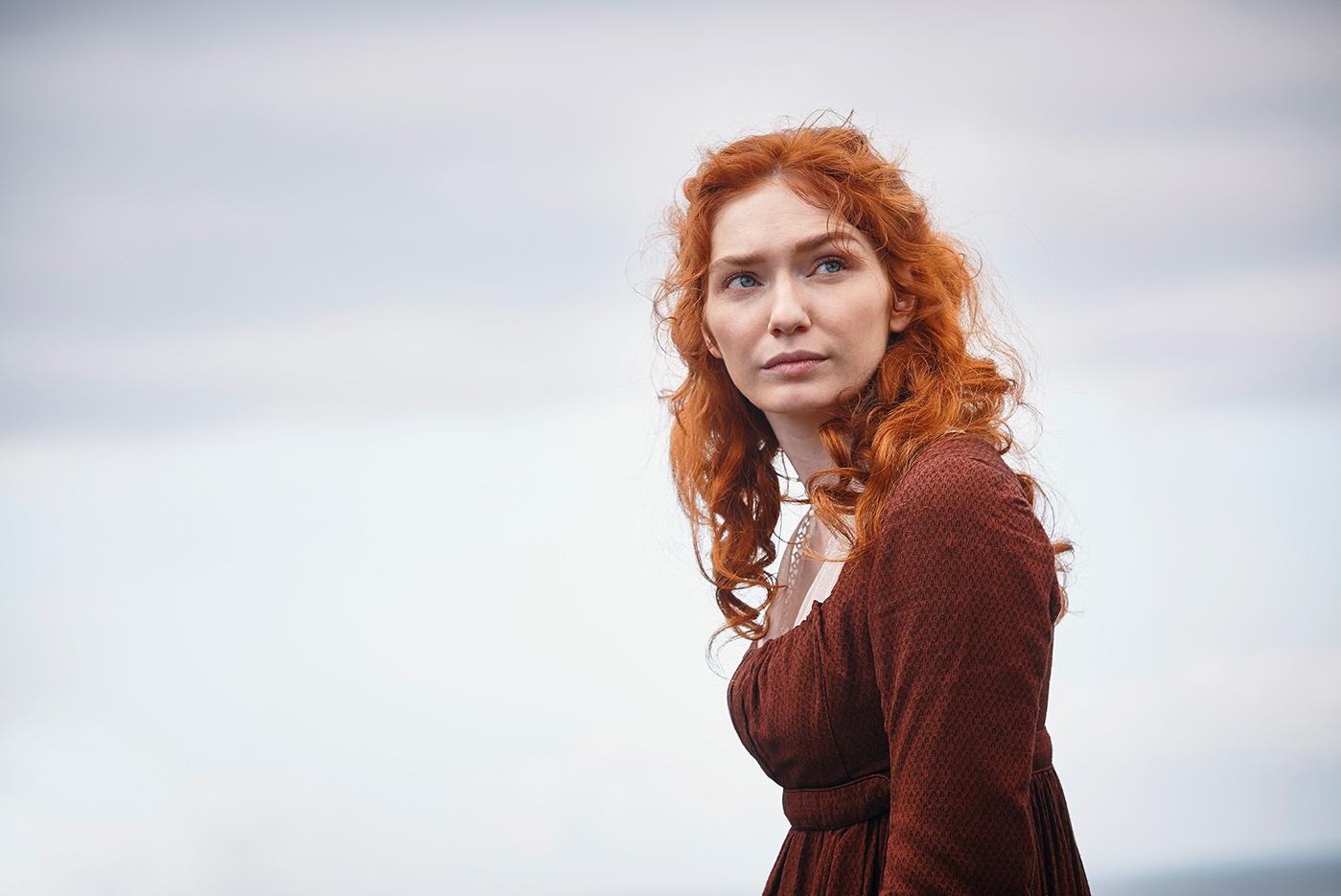 Demelza makes both a new friend and an enemy. Photo: Mammoth Screen

At Truro, Cary informs George that profits at the mine he acquired from Ross have been tanking since he cut the miners’ wages. As usual, George is indifferent to the plight of the poor, and that definitely includes Geoffrey Charles, despite George’s promise to Elizabeth to provide for her son. Geoffrey Charles and Ross are rudely ushered out, but Geoffrey Charles will go to London anyway and get the tuition money somehow. He hosts a farewell dinner at the now-deserted Trenwith for the Poldarks, Enyses, and Carnes, including Demelza’s minister brother Sam. Dwight has been invited to join the Royal College of Surgeons, so he too will be heading to London; Geoffrey Charles asks Drake and Morwenna to look in at Trenwith while they are all gone. Later, we see the couple chastely ensconced in their very narrow bed. Drake has kept his word not to initiate anything with Morwenna, and she is grateful.

The next morning, Kitty arrives at Nampara to deliver Ned’s letter; of course, Ross remembers Ned. While their servant Prudie reacts to the dark-skinned Kitty with trepidation, Demelza bonds with her – they were both kitchen maids to their future husbands. Ross, of course, is all in on helping Kitty to free her husband, and he prepares to accompany her back to London along with Dwight and Geoffrey Charles. Dwight cautions Ross about getting embroiled with the hot-tempered Ned (this will be a recurring theme).

A dapper middle-aged gentleman, Ralph Hanson, has arrived with his pretty daughter Cecily for a meeting with George and Cary. Hanson is a wealthy mahogany merchant lately arrived from Mosquito Shore, Honduras. His business uses slaves to harvest the mahogany and Cecily strongly disapproves of this practice (and instantly detests George and Cary). Hanson is clearly looking for a financial partner in George, and after they leave, Cary pitches Cecily to his nephew as an ideal second wife. George isn’t interested; Elizabeth’s ghost has begun to appear.

Ross and Demelza arrive at their mine to find a group of George’s laid-off miners hoping for employment. There are no openings, but Demelza promises to help. One of the miners, Tess Tregidden, is openly contemptuous. Later, we see her ginning up an angry crowd of peasants, and Sam has to step in when she and two thugs confront Demelza.

In the London prison, Ned is overjoyed to see Ross. Ned had been governor of Mosquito Shore, tasked with allotting land to incoming new colonists. Hanson and his cronies saw Ned’s activities as bad for business, so Hanson had Ned arrested on a trumped-up charge. Ross appeals to Joseph Merceron,* the magistrate who presided over Ned’s hearing, who appears sympathetic.

Back in Cornwall that night, Demelza thinks she hears noises outside the house. Leaving the children sleeping, she ventures downstairs but finds nothing. Sam offers to move in with Demelza while Ross is gone, but Demelza has another idea; employing a “keep-your-friends-close-and-your-enemies-closer” strategy, she offers Tess a job as a farmhand at Nampara. Tess accepts.

In London, Ross, Dwight, Kitty, and Geoffrey Charles attend an abolitionist gathering. Cecily is also there, and Geoffrey Charles, smitten, strikes up a conversation. Kitty gives an eloquent and well-received speech, gracefully handling the interruption of a religious zealot, James Hadfield,* and making a big fan out of Cecily. Geoffrey Charles proposes that they all attend a play at Drury Lane that evening. 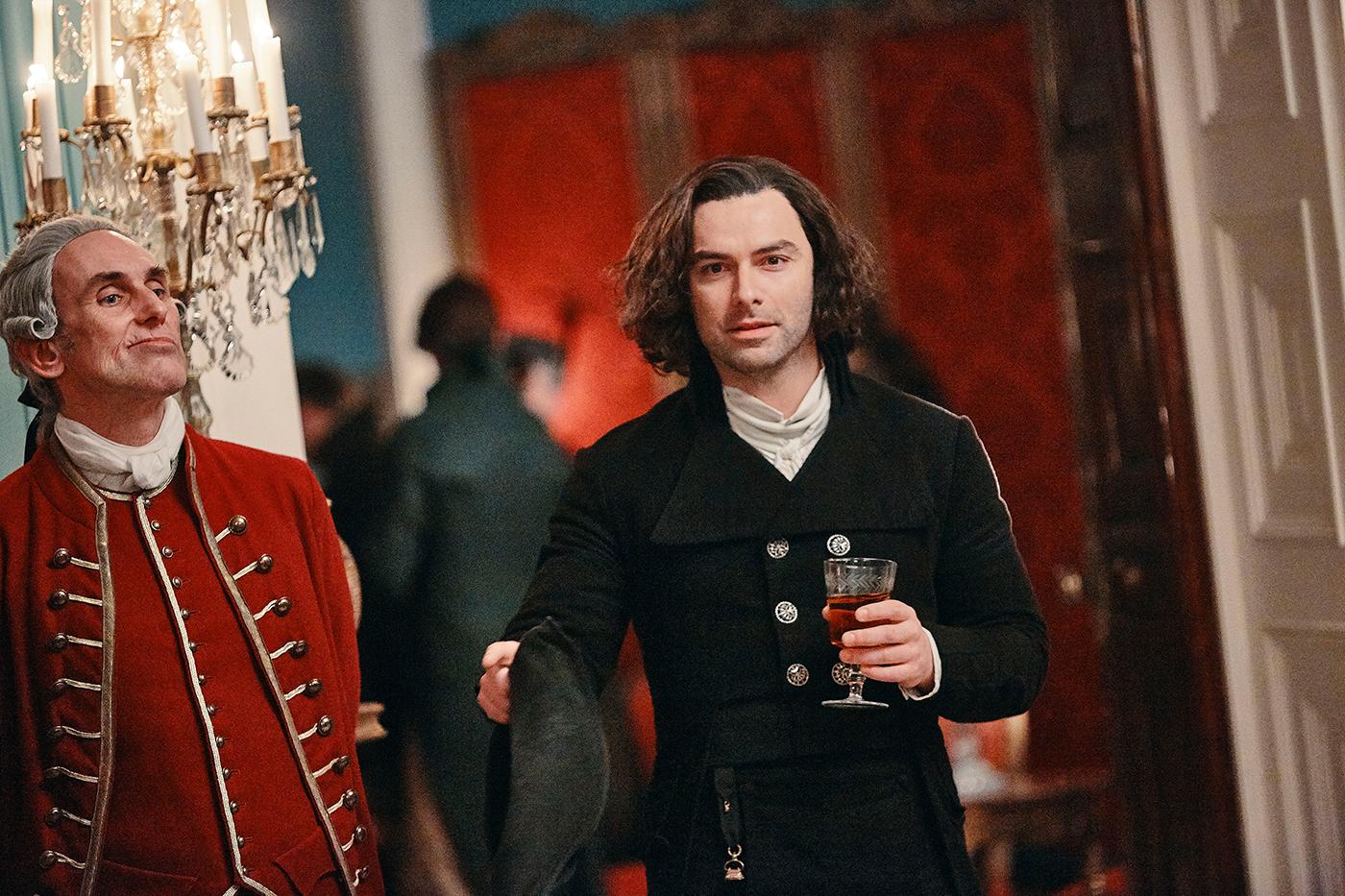 Ross intervenes in history and is rewarded in return. Photo: Mammoth Screen

At George’s home in Truro, Cecily’s father is again pushing his business partnership; to Cary’s mortification, George insists that Elizabeth be consulted. Cary hurries Hanson out of the house – George needs to go home to Trenwith, STAT.

Drake and Morwenna, as promised, are looking in at Trenwith when Drake is confronted by an enraged George, who storms into the next room and orders Cary to have Drake shot for trespassing. Drake and Morwenna have already fled, and since Cary never saw them, he is convinced that George is delusional.

That night, as Demelza and the children are upstairs, a flaming ball of paper comes flying through a downstairs window, setting a curtain ablaze. Luckily, Demelza smells the smoke, gets the children to safety, and battles the rapidly spreading fire. Their servant Prudie, drunkenly passed out, is no help.

In London, the Drury Lane lobby is abuzz with news of that afternoon’s assassination attempt on the King. Ross recognizes some familiar faces from the abolitionist gathering, including Hadfield, and notes their suspicious behavior. Sending his party into the theatre, he follows the conspirators. The King arrives in his box, Hadfield aims a gun at him, and Ross successfully deflects the shot. ** As others restrain the shooter, Ross suddenly feels a gun at his own back and is “escorted” to a private box, where he finds the leader of the King’s secret service, William Wickham.* Wickham acknowledges Ross’s service to the Crown and suggests his talents might lend themselves to “covert” purposes. A wily Ross asks what the Crown will give him in return…

…and suddenly Ned is a free man. He, Kitty, and Ross have a joyful reunion. Ned will fight to clear his name and Ross, naturally, is gleefully on board.

At Nampara the next morning, Demelza, Drake, Sam, Morwenna, and Prudie are ruefully surveying the fire damage. Tess denies setting the blaze; Demelza is rightly skeptical, and behind her back, Tess smirks. Demelza, the children, Caroline, and Horace depart for London to reunite with Ross and Dwight.

At Trenwith, Cary reminds George that they should also be London-bound for George’s knighting ceremony. Cheerfully, George agrees, noting that Elizabeth must have forgotten. Cary, playing along, lies that Elizabeth is already in London waiting for him. No, George insists…she is right there in the room. Can’t Cary see her? George can. And so can we.

*Ned and Kitty Despard are real historical figures, as are Joseph Merceron, William Wickham, James Hadfield, and, of course, King George III. Google them if you must, but beware of spoilers.

**King George III indeed survived two assassination attempts on May 15, 1800 – one in Hyde Park in the afternoon and one at Drury Lane that evening. The second attempt was thwarted by members of the stage orchestra. Presumably, no musical instruments were involved.