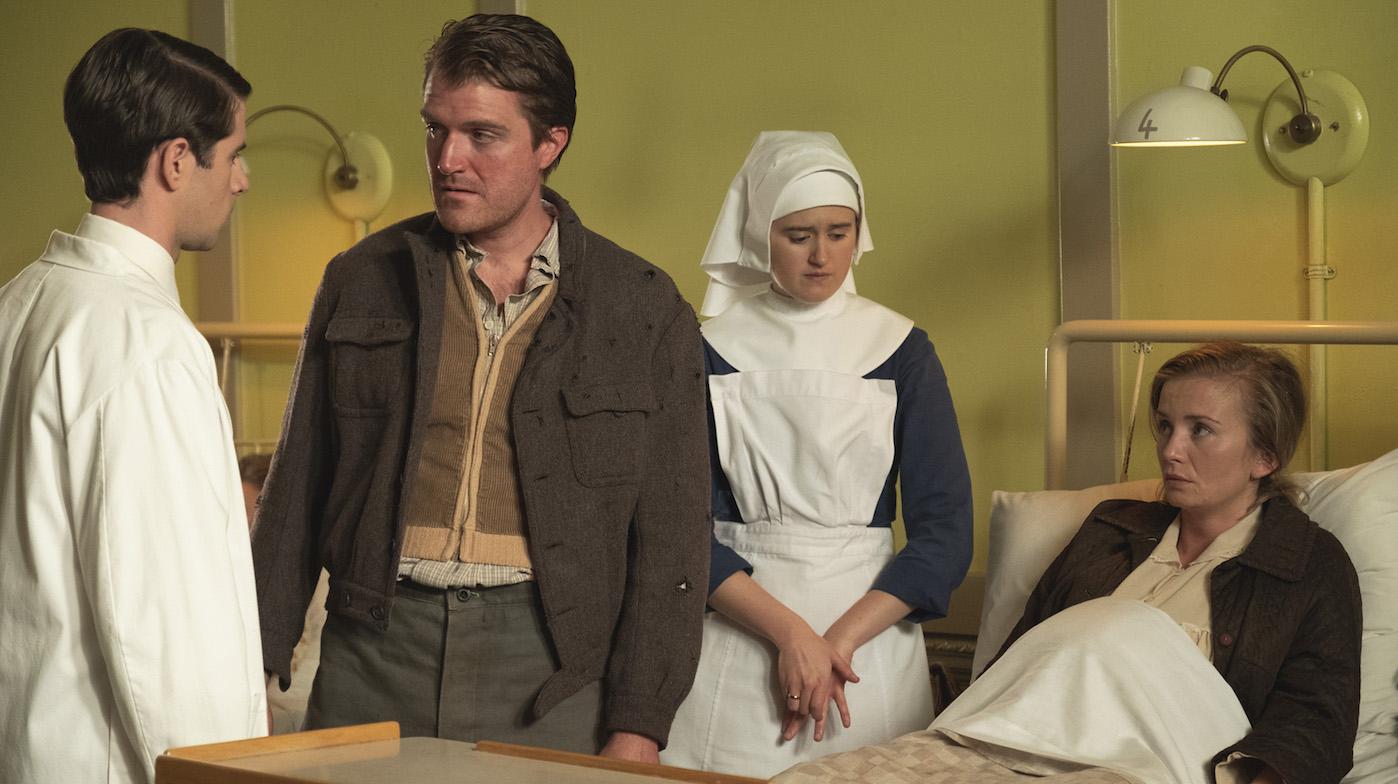 The fresh-faced Dr. McNulty has delivered his first baby with forceps without assistance from Dr. Turner or a midwife. Dr. Turner now trusts him enough to leave him alone for a shift at the surgery, while Dr. Turner goes to celebrate the arrival of an incubator at the maternity clinic.

Some patients are skeptical of McNulty’s youth, but his manner convinces them he is qualified. He admits the pregnant Yvonne Smith to the clinic to treat a urinary tract infection, and is warned by Dr. Turner that his care might have to extend beyond the medical: Yvonne’s husband is an abusive drunk. But McNulty seems to have his own substance problem: he frequently takes the painkiller pethidine, claiming it’s for an old shoulder injury.

When Nurse Crane complains to Lucille that she is exhausted by running the cub scouts without the help of Sergeant Woolf, McNulty is mooted as an aide—he was a scout—but he’s too busy. Lucille says she can’t help because she’s trying to make time to see Cyril, but when he witnesses Nurse Crane’s reduced spirits, he suggests that both he and Lucille help out. While brainstorming activities, Fred suggests they make go-karts, since Cyril is a mechanic. Nurse Crane and the scouts are delighted.

Trixie has a patient whose problem is not so easily solved. Marion Irmsby has been blind since birth and is now pregnant with her first child. She doesn’t want to be coddled or treated any differently from any other patient. She insists on having the baby at home and refuses to consider getting home help after the birth—she doesn’t want strangers in the house.

But Marion’s sister Beryl fears Marion won’t be able to care for the baby, even with the help of Marion’s husband Stewart. Beryl, who raised Marion after their mother died, thinks it’s selfish for Marion to want a child, and unfair to the baby, whom she believes should be given up for adoption. In the face of Marion’s stubbornness, she reports her as an unfit mother to Social Services.

The government agency calls Sister Julienne, who tells Trixie that inspectors will now have to observe Marion, and could take away her baby once it’s born. Trixie must insure that Marion is capable of caring for the child. 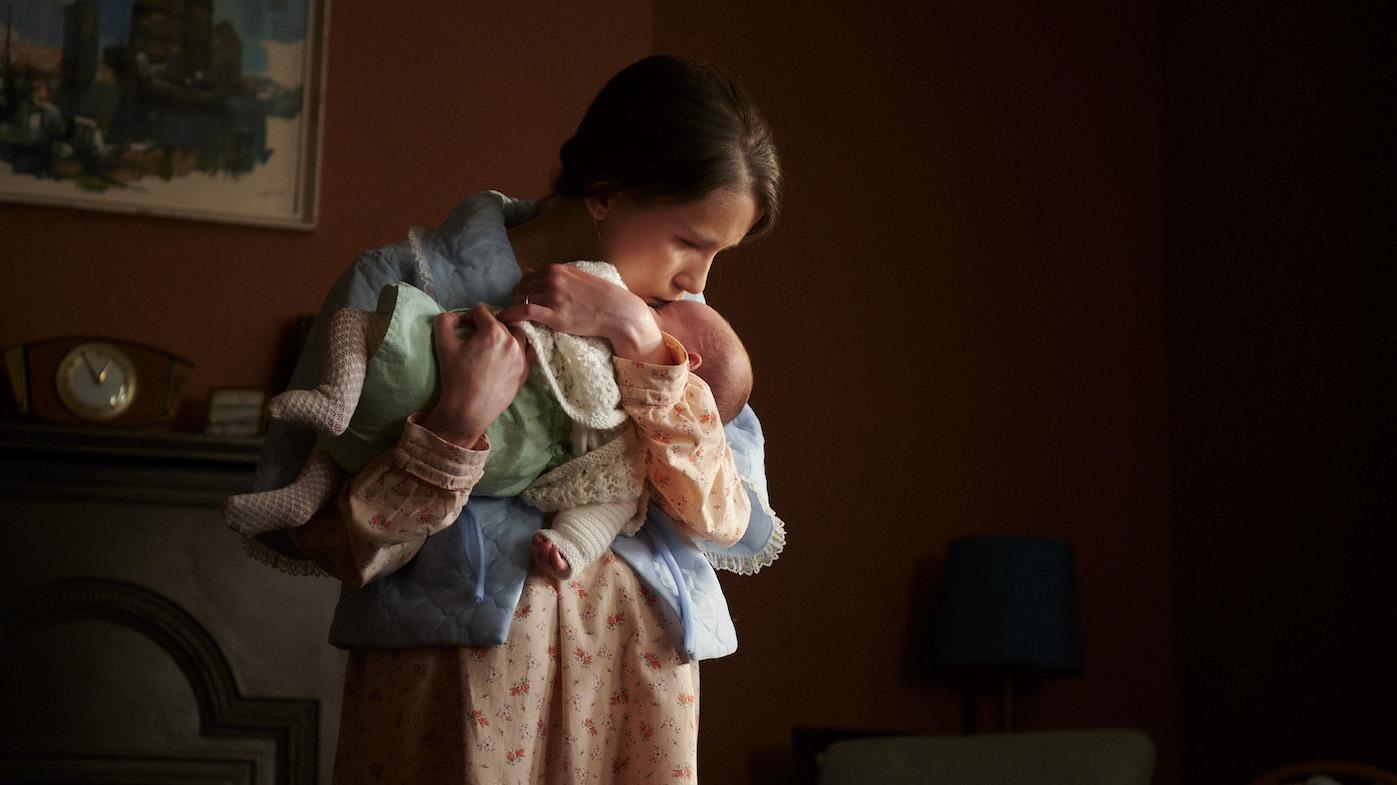 Trixie wants to believe in Marion, but has her doubts. As she teaches the expectant mother how to bathe her baby, she marvels at Marion’s independence—until Marion drops the soap and knocks the baby doll’s head on the table. After Marion gives birth to a daughter, Trixie advises Stewart to convince Marion that they need to get home help.

While Marion doesn’t want assistance in her home, Yvonne Smith doesn’t even want to go home. McNulty carefully tries to inquire if there are problems with her husband, but she won’t say. Later, the husband himself shows up at the clinic, boorishly drunk. McNulty gets angry with him while trying to kick him out, and the drunkard is only convinced to go when Miss Higgins says she has called the police.

As Yvonne stays at the clinic until she gives birth, McNulty takes the opportunity to steal a dose of liquid pethidine—he has been taking pills. When Yvonne goes into labor early, he seems to be in withdrawal, having been too busy to take the drug for a while. While Sister Frances leaves the room for a minute and is distracted by another patient, the trembling, glassy-eyed McNulty makes an incision to aid the birth. Frances returns just as he’s about to use forceps, which are unnecessary—as was the incision.

Sister Frances calls for Dr. Turner and takes over, successfully delivering the baby even though Yvonne is in great pain from the incision. When Dr. Turner stops to check in, everything is once again under control.

Back at Nonnatus House, Sister Frances tries to avoid McNulty, who has become a good friend. He says he thought the incision would help; she says it was an unnecessary risk, and walks away. The next day, McNulty tells Yvonne she wasn’t in danger, but she responds that he’s no different from her husband; she should never have trusted a man.

Yvonne’s husband again shows up at the clinic, this time swigging from a bottle. Dr. Turner quickly saves Yvonne, who shies away from her husband, by saying he has to examine her. The husband leaves, and Dr. Turner recommends that Yvonne go to stay with a relative upon her release.

Before Yvonne leaves to stay with an aunt, she asks Sister Frances if she is going to inform Dr. Turner about McNulty’s lapse. Frances is conflicted, since McNulty is a friend. She obliquely asks Sister Monica Joan for advice, and the older Nonnatan says that sharing a secret can help lighten its load. 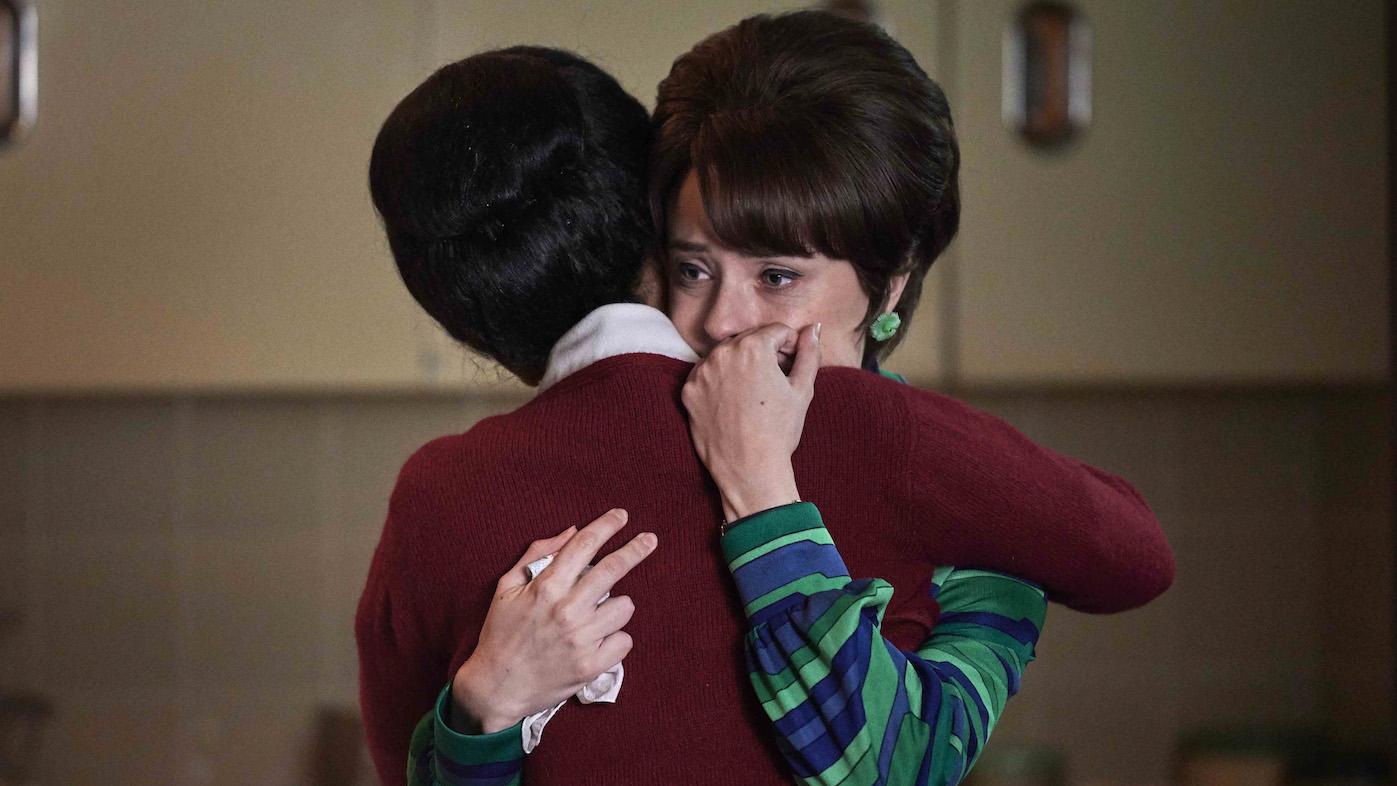 Valerie is worried about her gran, who is having trouble eating while in prison. Photo: BBC / Neal Street Productions

Valerie decides to confide in Lucille: she’s worried about her gran in prison. She hasn’t visited much because she doesn’t like seeing the conditions. But now she makes an effort to see her gran more; when her gran looks thin, she brings her baked treats. But her gran struggles to eat and is looking pale, so Valerie insists that she visit the prison doctor. Lucille offers what comfort she can.

Things seem to be going well for the Irmsbys, although a visit by Beryl stresses Marion out. Beryl is apologetic, however; she didn’t mean to put Marion in a situation where her baby might be taken away from her. But Marion still doesn’t want to accept help, fighting with Stewart when he raises the topic. He leaves in anger.

While he’s gone, Marion drops a pitcher, then steps on the broken glass while trying to reach her crying infant. When there’s a knock on the door, she fears it’s Social Services—but, luckily, it’s Trixie.

To help Marion, Trixie sets up a meeting with another blind woman, a mother of two, and invites Beryl along as well. The woman gives Marion practical advice, and tells her to accept any help she can get—she deserves it. But Marion still doesn’t want a stranger in her house. Fortunately, Beryl is now willing to help, and with her aid, Social Services won’t take away Marion’s baby.

That’s a happy ending; McNulty’s fate is less clear. After Dr. Turner refuses to renew his pethidine prescription, saying physical therapy should help, McNulty turns to the liquid medicine he pilfered, and injects it in his arm.