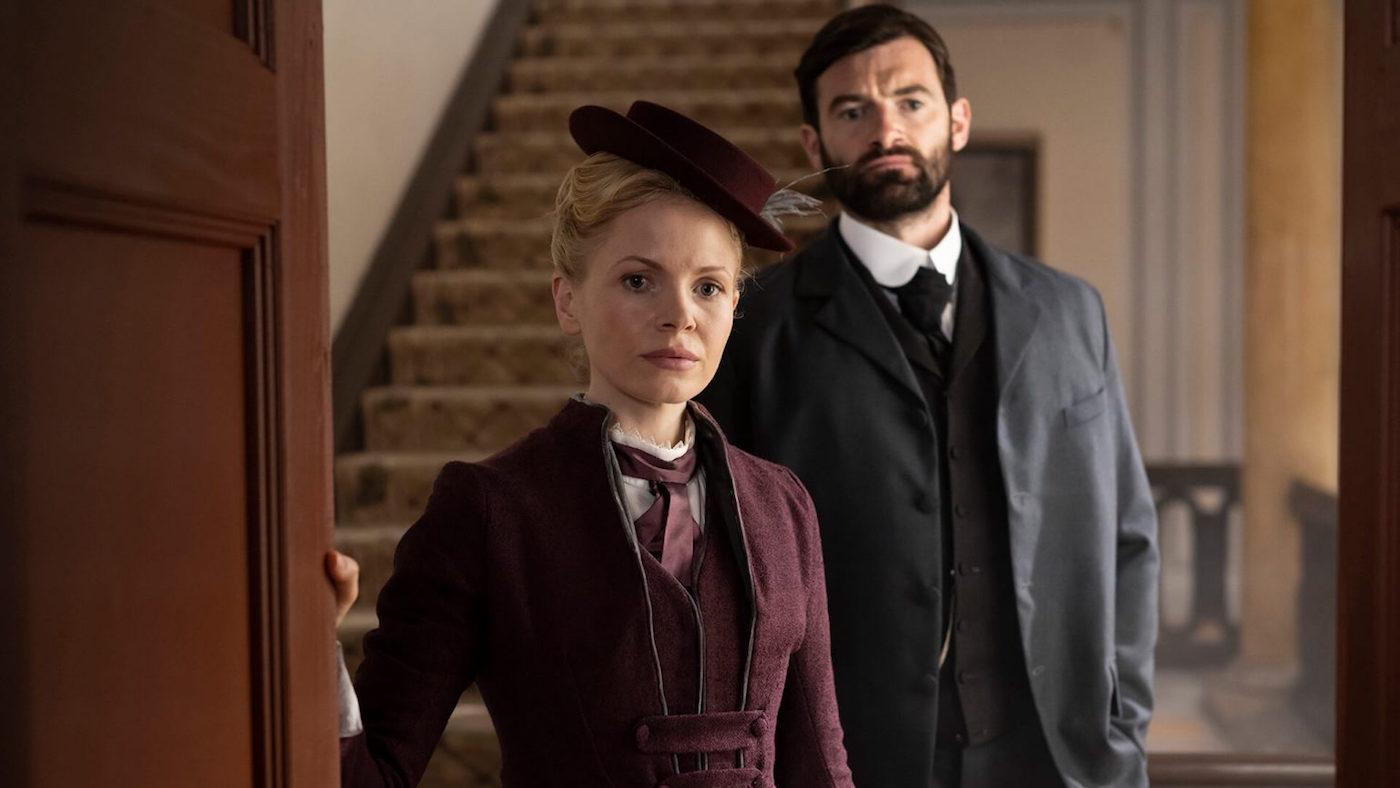 Kate Phillips and Stuart Martin are returning for a second season as the titular characters in 'Miss Scarlet and the Duke.' Photo: Masterpiece

Just as school starts, so too has the crew of Miss Scarlet and the Duke returned to work on a second season. Kate Phillips and Stuart Martin are both back as the titular characters, as is their friendship/rivalry/possible romance. We left Eliza Scarlet in the wake of starting her own private detective firm and solving her beloved father's final case, with a small bit of help from William "The Duke" Wellington. The new season is filming in Belgrade, Serbia, and will arrive to Masterpiece in 2022.

That's not the only mystery returning. Season six of Grantchester premieres on WTTW Sunday, October 6 at 8:00 pm (and a seventh season has also begun filming), and we have our first video preview of the season (see below). It looks to be a tumultuous one, with Leonard coming under increasing pressure because of his homosexuality, putting Will in a difficult situation as well. We can't wait to see what happens.


Unforgotten has just ended, with quite a crash, but a fifth season is on the way. Show writer and creator Chris Lang recently spoke to Masterpiece about the end of season four and what the next season might hold. (Warning: the interview contains season 4 spoilers.) Sunny will be getting a new detective partner, who is younger than him and has previously been his boss. Sunny's personal relationships will come more to the fore, while the season's story itself "really addresses where the UK is as a country politically," according to Lang.

But before all of that there's the four-part Guilt, which premieres Sunday, September 5 at 8:00 pm. We have a few more details about this story of two brothers who get in way too deep after an accident, including that it takes place in Edinburgh—where lead actors Mark Bonnar and Jamie Sives were once schoolmates! Sives' character Jake runs a record shop, while his love interest, Angie, inherits an extensive record collection and loves music herself. So expect a great soundtrack—alongside some humor, and, of course, a compelling drama.