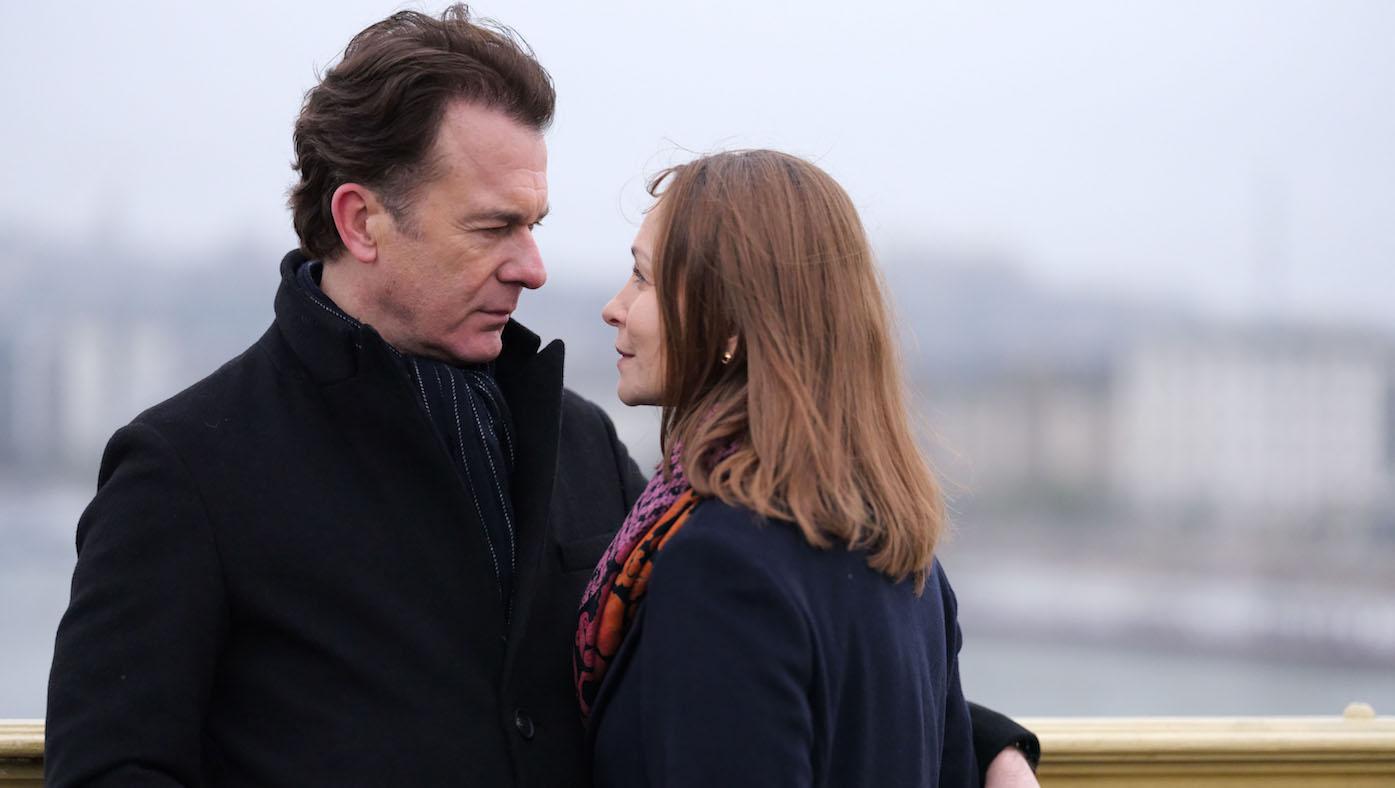 Michael and Kamilla Agoston appear to be intimately tied in to the violence surrounding the disappearance of Emma's family. Photo: Two Brothers Pictures & All3Media International

As the police arrive at the site of the massacre in Józsefváros, a shellshocked Baptiste hides Alex’s mask in his coat and tells the police that he shot one gunman and the other got away. Later, he throws Alex’s mask in the Danube. Zsofia is fired from the police force for the tragedy and for Andras Juszt’s escape.

Nadeem visits his now paralyzed boss Emma in the hospital and she tells him the truth: Alex was one of the gunmen who killed twenty-one people and wounded many more. Nadeem has already asked the police to keep Alex’s name out of the press, in order to spare Emma the attention. He can make sure no one ever finds out what actually happened.

To do so, he thanks Baptiste and asks if he will ever reveal the truth. No, the haunted detective answers. When he himself visits Emma, she accuses him of doing everything he has done in the name of helping her for his own selfish reasons. You can’t make amends for the death of your daughter with this, she say. Go home!

The same message is sent to Zsofia’s father Mehmet Arslan when a nationalist gang graffitis his store. Mehmet tries to defend his property with a bat, but the young men beat and kick him while Balazs, whom Mehmet has befriended, objects. One man records the whole attack before they flee. Mehmet is dead.

When Baptiste arrives at his house in France, he sees Celia happily chatting with a friend through the window and can’t bring himself to enter. Instead he begins frequenting the door of his daughter’s drug dealer, calling him a scumbag. When he’s recognized at a bar as the “hero of Józsefváros,” he denies it. He cannot talk to anyone about what has happened in Hungary or with his daughter.

More than a year later, he is at least trying to make amends. Zsofia’s police friends may have lost the van which spirited Andras Juszt away from Kamilla Agoston’s house, but Baptiste has discovered a Gomorrah mask in Kamilla’s basement. Kamilla catches him and calls the police. Her husband Michael returns home and tells Baptiste to leave, but he’s happy to wait for the police.

When they arrive, Zsofia’s old boss is in charge. Kamilla is an “old friend,” she tells the surprised Zsofia. Kamilla decides not to press charges against Baptiste, but gets a restraining order on him. Emma, Baptiste, and Zsofia are appalled: they saw Andras enter Kamilla’s house and then forcibly carried out to a van. If you saw Andras, you should have brought him in, Zsofia’s former boss says. He’s a criminal.

But Baptiste left his phone hidden in Kamilla’s house, recording. Emma goes to visit, convincing Kamilla to let her in. I’ve lost everything, she says, I just want to talk and apologize for last night. While Kamilla makes a cup of tea, Emma retrieves the phone.

The recording features a conversation in which Kamilla chastises Michael for letters regarding a Crantham, Ltd. coming to their address. I don’t want to know what you’re doing, she scolds him.

Emma meets Nadeem at the embassy; he again apologizes for not picking up the phone when she called before going to Józsefváros. He also hands over files on Crantham, which is registered in England—Michael is British. Michael is the owner, but has kept that as hidden as possible. Furthermore, some payments have gone out of Crantham to some xenophobic thugs and their lawyer.

One of them is Viktor, one of the men who killed Mehmet. Zsofia, having discovered Mehmet’s payments to a social service on behalf of Balazs, meets with Balazs—and this time he doesn’t run away. He says that Viktor posted the video of Mehmet’s beating and gained attention online, including from Gomorrah. Balazs fears Viktor, and that’s why he has not testified against him in the murder of Mehmet—and he knows Viktor is connected to Gomorrah, because he saw them meet. Zsofia pulls up a picture of Kamilla, but Balazs points to Michael in the background of the photo: that’s Gomorrah.

Emma and Baptiste meet Michael at a site being worked on by his construction company. After the attack in Józsefváros, violence like that against Mehmet continued, and people began to move away. Michael’s construction company then bought up most of the neighborhood for next to nothing to redevelop it—and he was paying some of the thugs committing the violence, like Viktor.

Baptiste threatens to reveal this information to the press, unless Michael tells them where Will is. Michael insists he’s not Gomorrah: Viktor assumed, and Michael didn’t correct him. He doesn’t know where Will is, but Kamilla leaves their house at dawn once a week with a “face like thunder.” He doesn’t know anything more, and doesn’t want to. Baptiste believes him; Gomorrah wouldn’t have been so stupid as to leave a paper trail of payments.

Zsofia visits Viktor at a deserted skate park at dawn—he’s always there at that time. She wants an apology; he tells her to piss off. She beats him with his skateboard and leaves him there.

Celia calls Baptiste, asking him to deal with the letters and bills she keeps receiving for him after their divorce. I thought our marriage meant more to you than your job, she says. Maybe you are nothing to me.

Baptiste throws away all his booze and trims his unkempt beard. Then he sets off with Emma to follow Kamilla on her early morning trip. Kamilla pulls up to an abandoned building in a rural area, goes inside, then leaves. Baptiste sees a hooded man pick up a bag full of money from the building and chases him. The man trips. Baptiste zipties him and pulls back his hood before putting him in the backseat of the car with Emma. It’s her son Will. 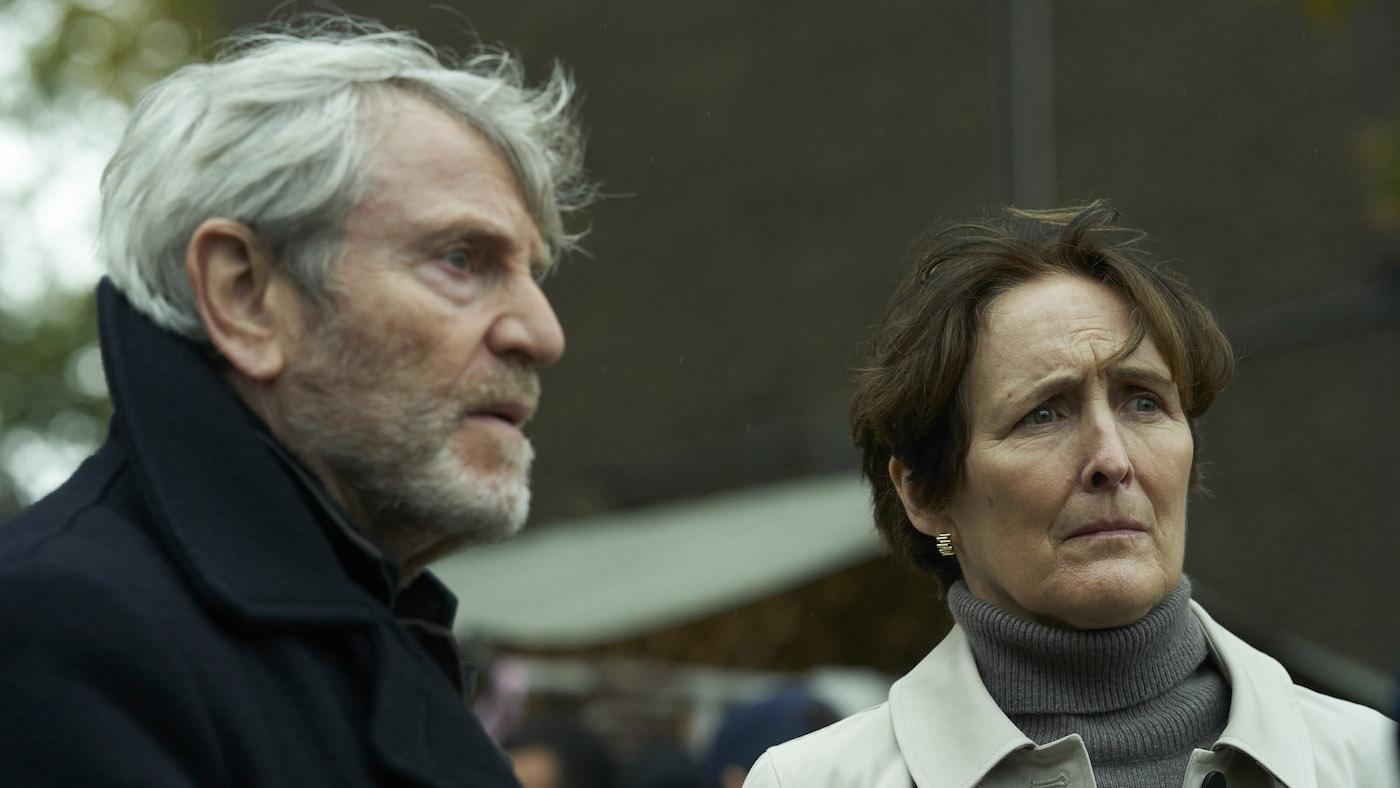