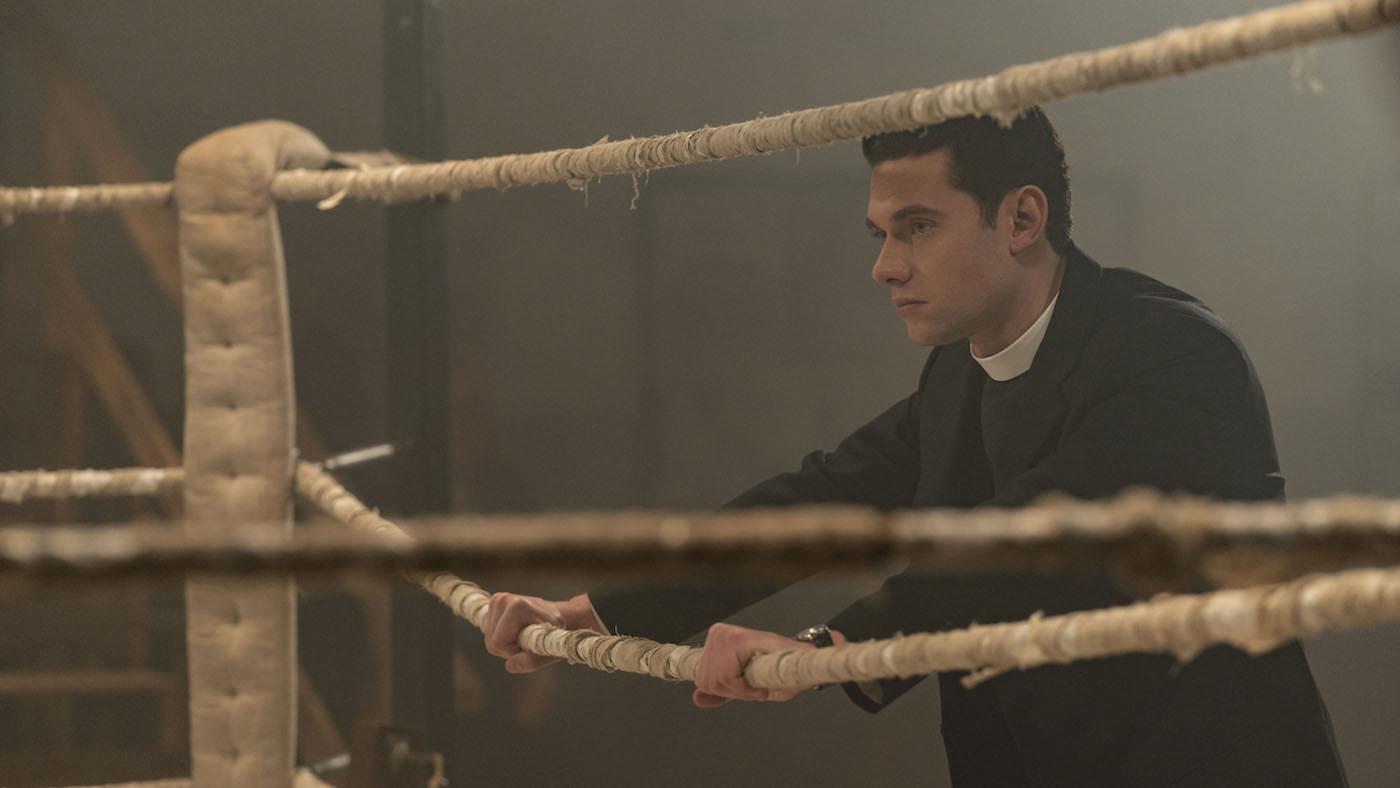 Vic and the boys he mentors in boxing attend mass at Will’s church. Afterward, the mother of Will’s favorite, Matthew, thanks Vic and Will for their positive influence on her son: he’s becoming a better man.

Matthew is due to fight in a fundraiser for the boxing program, against his fellow participant Lucas. Will serves as Matthew’s coach, and visits him in the locker room before the match. Marie, Vic’s wife, is speaking to the boys—they’re a bit nervous. After a strong first round, Will rubs Matthew’s shoulders and tells him to relax. In the next round, Matthew lets his guard down and loses—it almost appears purposeful.

At the pub, Will, Geordie, and Vic discuss the match. Geordie asks about Ellie, and learns that Will proposed to her. When Matthew and Lucas fail to show up, despite a promised shandy from Vic, he and Will go back to the ring to look for them. They find the door locked and a sign that says, “Don’t come in, call the police.” Breaking the door down, they see Matthew and Lucas sprawled in the ring, an empty bottle between them.

The boys are rushed to the hospital. Geordie discovers an empty bottle of drugs—it seems like a suicide attempt. No key is found, despite the locked door. Geordie does find a receipt for a newspaper personal ad in Lucas’s locker.

Asking Ellie about it, he and Will learn that the ad was seeking a male companion, and that only one person responded to it, from a bank. An older man named Burrows who works there recently reported a robbery, but without any specifics, and Geordie suspects he is the responder.

Burrows admits to meeting Lucas in an alley, then being beaten and robbed by him and a friend whose description matches Matthew.

Leonard has made it his mission to reconcile Mrs. C and Jack after the revelation that part of Jack’s fortune was made profiting off of refugees during India’s Partition. He sits them down for a talk at the vicarage, having had Jack do all Mrs. C’s chores for her, and tries to mediate their increasingly accusatory discussion. The conversation ends with Jack telling Mrs. C she can have all his wealth and he’ll leave if she can’t make peace with how he made it.

Later, Leonard tells them that they’re both too stubborn, pointing out both their flaws and strengths, and gives an ultimatum: he will not see either of them until a solution has been found and they are once again pleasant towards each other. The couple finally have a truthful conversation. Mrs. C talks about her “bastard” first husband, Jack tells her that he is now a better man because of her. He has offered financial support to Tariq Hassan and his family, and promises not to spend lavishly any more. Mrs. C is happy to reconcile.

Leonard has his own breakthrough. He has received a response from his father, but is afraid to read it, so he asks Daniel to. His father wants to see him. He misses his son.

At the hospital, Matthew wakes up. He asks Will if he got the note he and Lucas left—but there was nothing at the ring. Will asks questions, Vic returns, and Matthew pushes them away from him.

Vic has told Geordie that Lucas had been showing up with extra cash from an unknown source—Geordie knows it was from “importuning” men—and Matthew covered for him, so Vic was going to kick them out of the program after the match. Having noticed a newspaper story about a murder disguised as a failed double suicide, Geordie thinks Matthew was trying to kill Luke and pretend to commit suicide to protect himself.

Will goes back to Burrows and asks for more details. The banker reveals that Lucas was willing to have sex until Matthew appeared and said something about, “He makes us think this is normal.” Then it turned into a robbery.

At the boxing gym, Will sees Vic giving a boy a shoulder massage, telling him to relax, and recalls how Matthew shut down at the match after Will did the same to him. Will begins to put things together—and then Marie rushes in with news that Lucas has died.

Will tries to ask Matthew about Vic, telling the boy that Will’s father beat him when he was a child. Geordie takes a more aggressive tack, but Will keeps undercutting his questions. In the hallway, he tells Geordie that Matthew won’t talk with Vic in the room.

Will has Geordie take Vic out of the room, and Matthew opens up about Vic’s molestation of the boys. He would buy them beer, cigarettes, smutty magazines, then molest them. Lucas had decided he may as well make money from gay sex. Will feels guilty for encouraging Matthew to continue with Vic’s program.

Geordie brings Vic in for questioning; he furiously denies it. Matthew is waiting with his mother to make a statement against Vic, but she tells him he’s rotten, lying, a pervert, and leaves him. Will tries to intervene, and Matthew punches him. Matthew is put in a cell; Vic is let go.

Geordie believes Matthew but doesn’t have the evidence to arrest Vic. Will has a thought, and goes to Marie. Matthew told Will he told someone about the molestation, but they didn’t do anything. Will realizes Marie was that person—Matthew and Lucas told her before their match. She went back after to speak with them and found their attempted suicide, then locked the door and took the suicide note. She doesn’t want to admit anything to Will, telling him to leave—but before he rides off, she hands him the suicide note. That’s the last she’ll say of it.

Will confronts Vic at the gym, reading him the note. Vic taunts him, telling him to hit him, but Will abstains. Even with the note, it’s still Matthew’s word against Vic’s and Matthew has a criminal past. Will returns to Marie and begs her to testify. Finally, she goes with him to Geordie to make a statement.

Bringing Vic to a cell, Geordie tells him he has broken Will. Geordie punches Vic in the gut, turns, and leaves.

Will is lost. He gives an angry sermon, preaching that, if you sin, you do not deserve God’s love or salvation. His friends look on with deep concern.