Jorgina Pereira didn’t cook much growing up in Brazil. After spending some of her childhood in a Brazilian orphanage, she eventually landed in Chicago, where she first worked as a social worker, and later with computers.

But upon moving to Chicago, she was homesick for the food and flavors of her country. “I missed the taste of our dishes,” she says.

Pereira started scouring the Internet to learn what people were eating in Brazil at the time, and as she thought about Brazilian food, she recalled the dishes she ate as a child. She began cooking for friends and picking up catering jobs, including a gig cooking for Paul McCartney when he came through Chicago on tour. For McCartney she made a vegetarian version of feijoada, a black bean stew typically made with beef and pork.

That gave me the confidence that I can charge people for my food.

“That gave me the confidence that I can charge people for my food,” she says. In the early 2000s, Pereira left her job and began catering full time, before opening Sinha, a restaurant in a cozy house near the United Center. While there are other Brazilian restaurants in Chicago, most are churrascarias, where grilled meats are served tableside on spits. But at Sinha, diners will find “home cooking like your mother would do, your grandmother would do,” Pereira says. 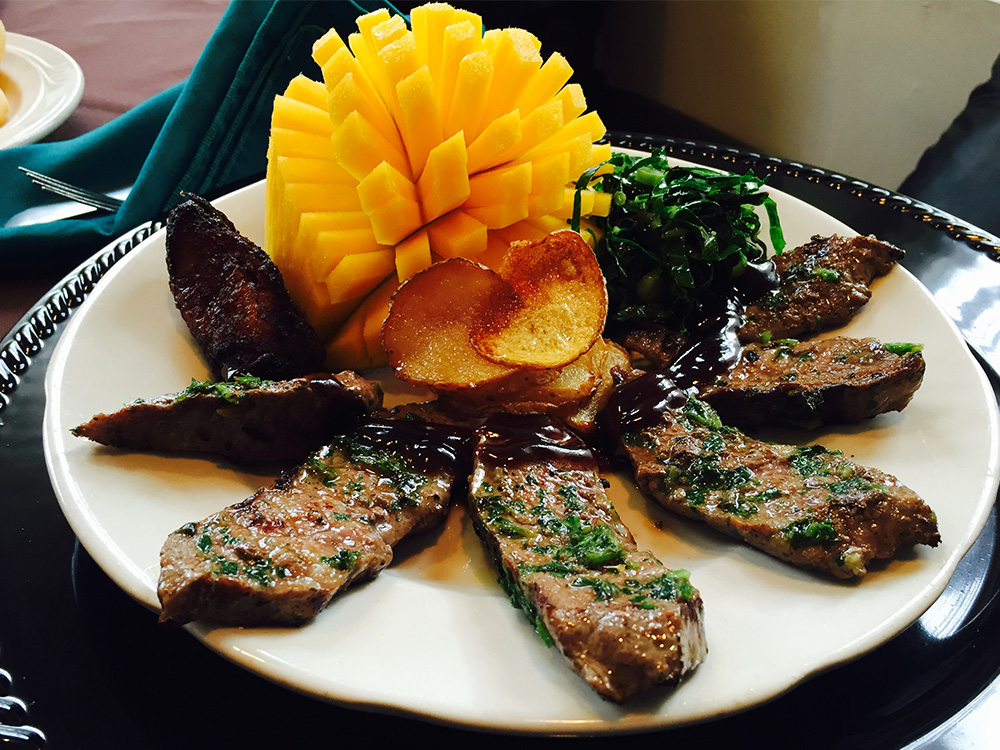 Sinha’s lunch menu includes dishes like grilled sirloin with onions, fish stew with cod and coriander, and shrimp bobó, a dish that has African origins, which is served in a puree of manioc, coconut, palm oil and ginger.

“The slaves arrived and brought part of the culture with them,” Pereira says. “The feijoada is a result of the slaves having the lesser part of the meats, especially cows… They had to preserve that and they would make that kind of stew. They put everything in a pot, especially the bones, and that became our national dish.”

Milt's BBQ for the Perplexed