Behind the scenes at Bob Chinn’s Crab House, a northwest suburban institution that serves nearly a million customers per year.

Deno Roumanidakis has a tough job: ensuring that the service at Bob Chinn’s Crab House runs smoothly. The Wheeling, Illinois hotspot serves as many as 800,000 people per year, earning it a place on Forbes’ list of the nation’s highest-grossing independent restaurants. 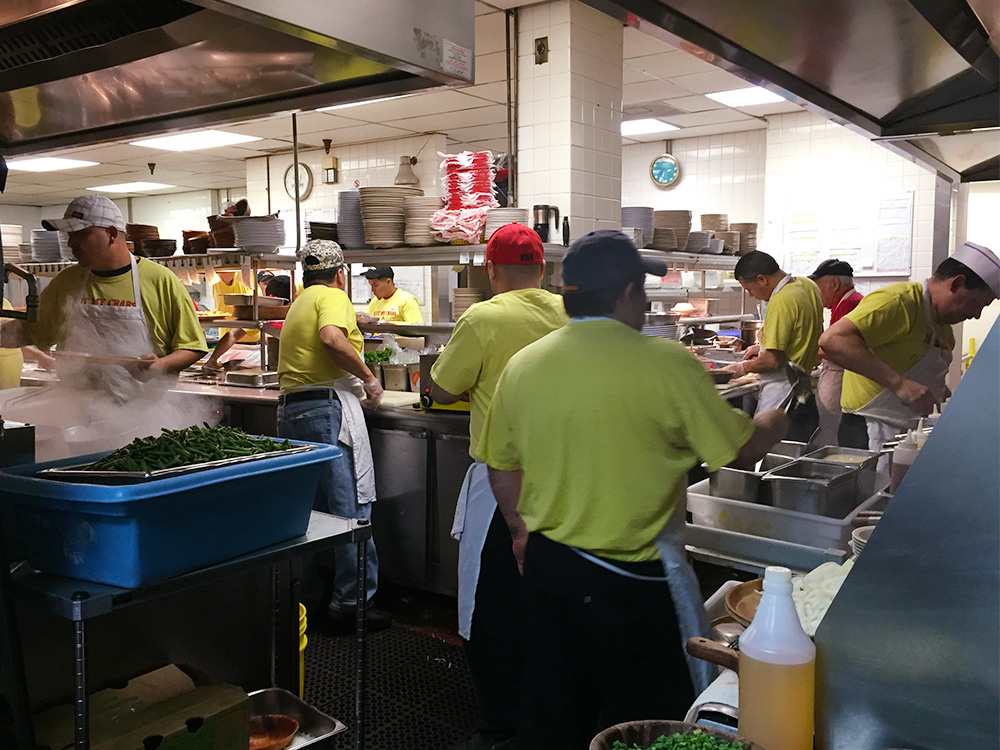 Line cooks in the kitchen

“You need the teamwork – nobody can do it themselves, especially at a place this size,” Roumanidakis says of the 700-plus seat seafood restaurant, which employs around 300 people. “You need to surround yourself with people who also have the love of the hospitality business.”

Bob Chinn opened his eponymous restaurant in 1982 with his daughter, Marilyn. The son of Chinese immigrants, Chinn was born in Minnesota. Later, his family moved to Chicago, where they ran a restaurant in the Uptown neighborhood. As an adult, Bob Chinn went into the food business himself, launching and running several other restaurants before he and his daughter decided to open a seafood place. They spent four years traveling the world in search of inspiration. 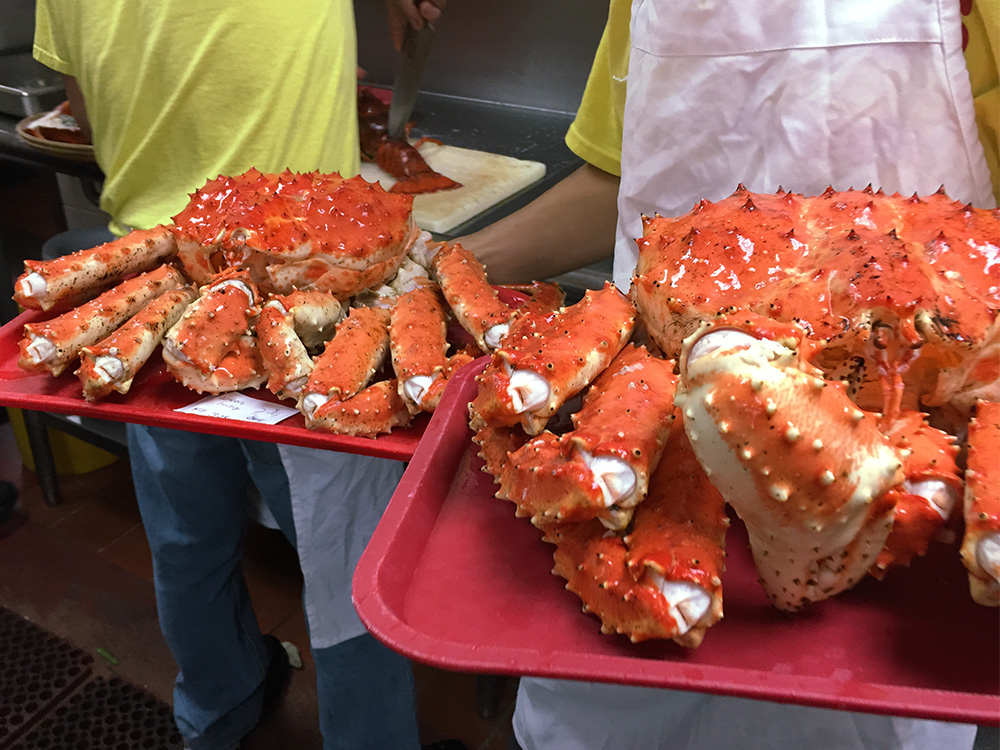 The result? Bob Chinn’s Crab House provides land-locked Midwestern diners with seafood from all over the world – including salmon from Alaska, tuna from Hawaii, basa from Asia, and orange roughy from New Zealand. Then, of course, there’s crab, which is served pretty much every way imaginable… chilled crab legs, crab cakes, crab fried rice, even crab ravioli… all washed down with Bob Chinn’s famous mai tais.

Since most of the entrees are modestly priced, Bob Chinn’s has to sell lots of crab to lots of people to make the Forbes list.

And they do! When Bob Chinn’s Crab House opened, there were 200 seats, which expanded to more than 700 within five years. The restaurant currently serves around 500 people on weekdays, and 2,000 to 2,500 on Saturdays. To handle the enormous number of diners, Roumanidakis says that on a typical Saturday there are 18 cooks on the line, 7 expeditors, 10 to 15 food runners, and 8 to 10 dishwashers, adding up to about 80 people in the kitchen. How do they manage it? Here’s a behind-the-scenes look at Bob Chinn’s well-oiled machine. 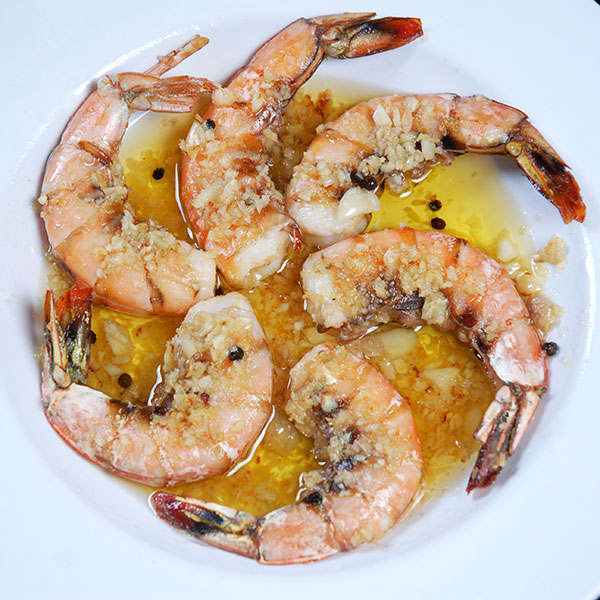 In a bowl, combine the garlic butter, salt, pepper, minced garlic, and peppercorns. Toss the shrimp in this mixture, making sure that they are well-coated. Arrange the shrimp in a single layer in a shallow broiling pan and broil for 2 to 3 minutes on each side, or until the shells are a bright red and the flesh is almost opaque. Do not overcook. Sprinkle the parsley on for garnish. Serve immediately with lemon wedges.

Serves 4 as a main course or 8 as an appetizer.