The Goat, the Whole Goat and Nothing but the Goat

The Goat, the Whole Goat and Nothing but the Goat

A corporate refugee returns to his Mexican birthplace to learn the art of oven-braised goat. 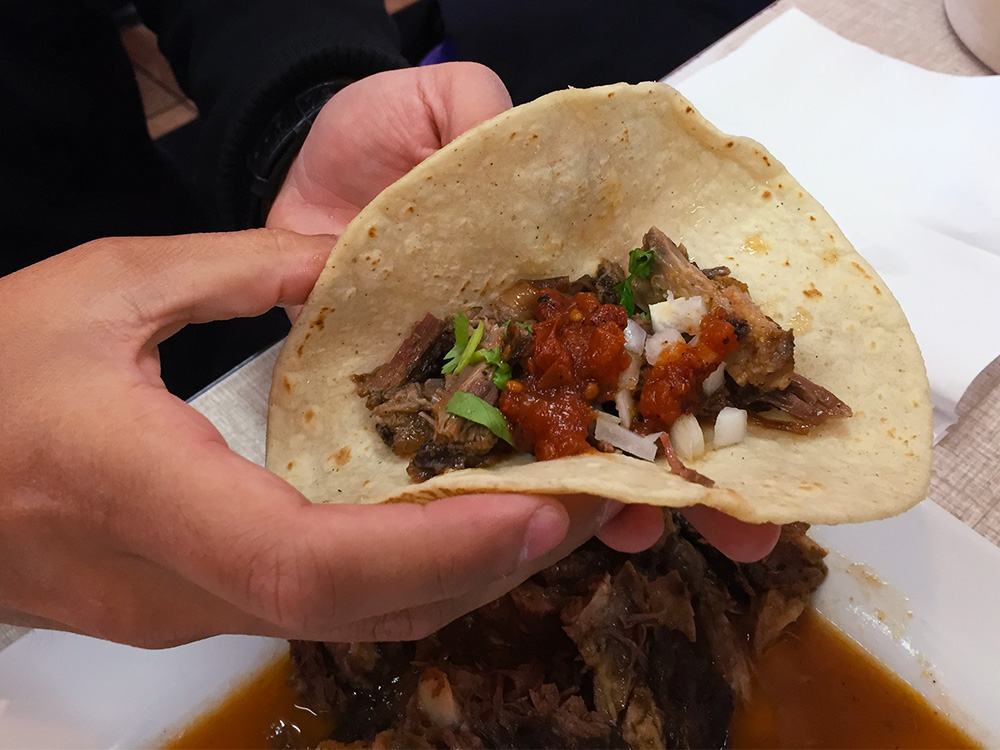 “You heard his voice, ‘Birria! Birria!’ announcing that he’s selling birria. I would jump up and ask my mom, “Mom! Give me a peso,’” Zaragoza recalls. “He would chop it up, put it on my plate and then slather it with salsa and picante. And I was in heaven.”

Now a birriero himself, Zaragoza runs Birrieria Zaragoza in the Archer Heights neighborhood of Chicago.

He opened the restaurant after years of working in the corporate world as a middle manager for process improvement and customer service. “After a while, one day I woke up and said, ‘you know I don’t want to do that anymore,’” he says. “I wanted to do something different and that’s when I took on the challenge of going back and forth for several years to Mexico to learn how to make birria.”

Initially I just said I wanted to share this with my people, the Mexican people. But then it turns out that everyone’s enjoying it.

Zaragoza returned to his birthplace. In La Barca he was introduced to Miguel Segura, who Zaragoza considers “the best birriero in the world.” It was under Segura that Zaragoza learned how to make the birria he fondly remembered from his youth.

It’s a regional variant of a more traditional broth-heavy goat stew.” Birria comes from the state of Jalisco, predominantly,” he says. “You’ll find it across Mexico in general, but the big focus is on the state of Jalisco, where you find tequila, mariachi, and birria.” But Zaragoza explains that because his hometown is on the cusp of Jalisco, close to Michoacán, his birria variation is inspired by the carnitas for which Michoacán is famous. 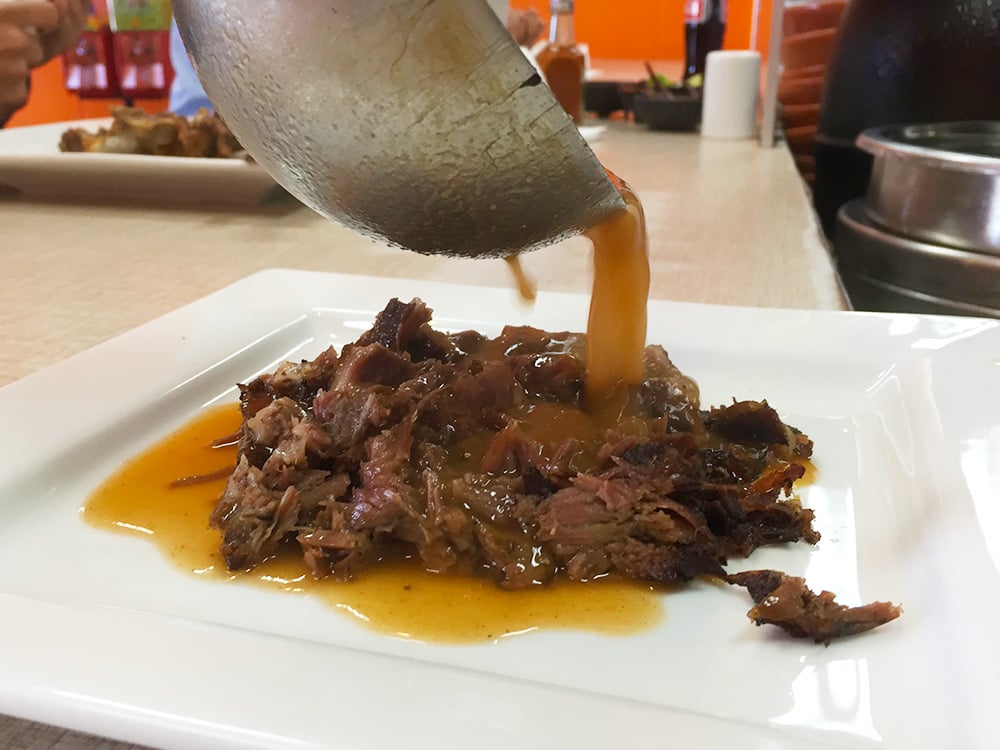 Ladling a consomme over the birria

“Of course carnitas is not a stew; it’s just meat and then you add some salsa to it,” he says. As a result, his preparation of birria is “more of an oven braise.” The meat is then lightly drizzled with consommé, versus being drowned in it, like the traditional stew.

Zaragoza and his team butcher the goats at the restaurant, then steam the meat and let it rest overnight. The next day, they slather the meat with a special mole sauce made with ancho chile, then braise it. The juicy meat is served with salsa, fresh corn tortillas made at the restaurant, and the consommé, which is made with plum tomatoes, oregano, cumin, sesame seeds, and other spices.

Zaragoza says that his birriera appeals to more than just other Mexicans in the Chicago area.

“Initially I just said I wanted to share this with my people, the Mexican people,” he says. “But then it turns out that everyone’s enjoying it.” 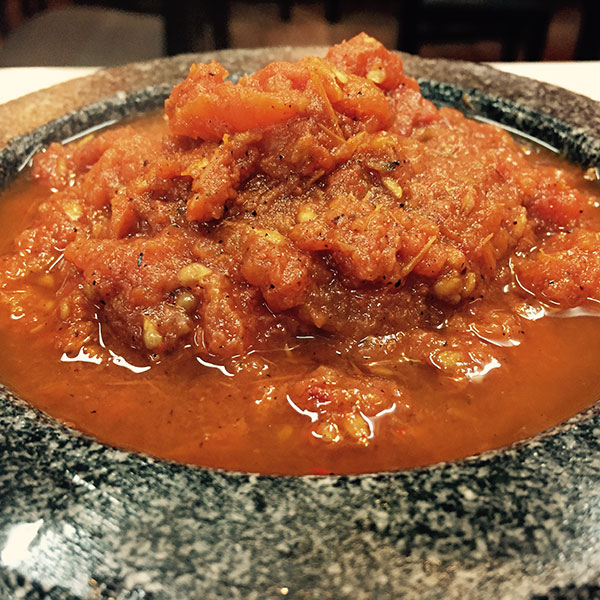