An Island Unto Itself

An Island Unto Itself

Raquel Dailey-Parham’s Afro-Latino specialties have become a conversation-starter at her Bronzeville eatery.

Raquel Dailey-Parham has a passion for teaching. But the former Chicago Public School teacher isn’t in a traditional classroom anymore – she’s teaching diners about Puerto Rican food and Afro-Latino culture at Maracas, her restaurant in the Bronzeville neighborhood of Chicago.

“When a lot of people think of Latinos, they don’t necessarily think of black Puerto Ricans,” she says. “This exposure is something different, so I’m able to answer their questions and give them mini-history lessons.”

When a lot of people think of Latinos, they don’t necessarily think of black Puerto Ricans.

These aren’t the kinds of history lessons you’ll find in a textbook. Instead, dishes like sancocho – a hearty Latin American stew made with African root vegetables, squash, and plantains – give diners a taste of how different cultures intersect through food. And the corn fritters served with the sancocho are similar to hush puppies, a soul food staple that is familiar to many in this predominantly African American neighborhood.

Raquel Dailey-Parham is the right person to do it. Her mother is from Puerto Rico, but Raquel grew up in Bronzeville, as did her father and husband.

“When I thought about different communities, I wanted to be in this community,” she says. “There weren’t a lot of restaurants and it brought something different and people would be welcome to the idea.”

In addition to her Puerto Rican and African heritage, Dailey-Parham traces her roots to the Taino, an indigenous group in the Caribbean. She brings the three cultures together in her food.

“We would spend summers in Puerto Rico, so I would watch my mother and my grandmother cook,” she said. “I was able to experience those foods, those plantains, rice and beans, rice and pigeon peas. I had a love for that food. That’s what I wanted to eat all the time.” 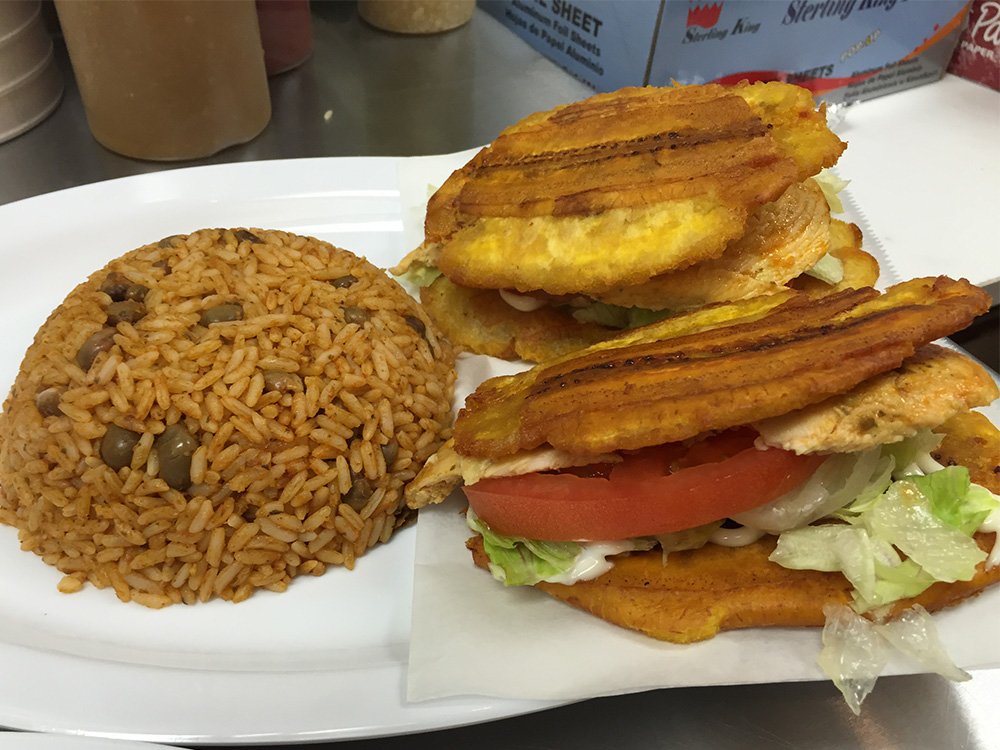 Dailey-Parham learned about soul food from her father’s mother, and now she’s making dishes that resonate with both Puerto Ricans and African Americans. Maracas’ menu includes Puerto Rican staples like bistec (steak and onions), chuletas (pork chops), and carne guisada (beef stew), plus dishes like plantain sandwiches (with smashed plantains instead of bread), all of which use ingredients brought to Latin America from Africa during the slave trade.

“A lot of those vegetables are root vegetables that come from Africa,” she says. “You had the malanga and the yame, and those are in our sancocho. Plantains are African, and are incorporated into our food also.”

With Maracas as her classroom, Dailey-Parham is fulfilling a lifelong dream of sharing her mother and grandmother’s cooking with the public.

“I didn’t know in what capacity I wanted to share that,” she says. “I didn’t know if it was with my teaching or the love of eating food. But I decided that I really wanted to open up something in the community – a restaurant.” 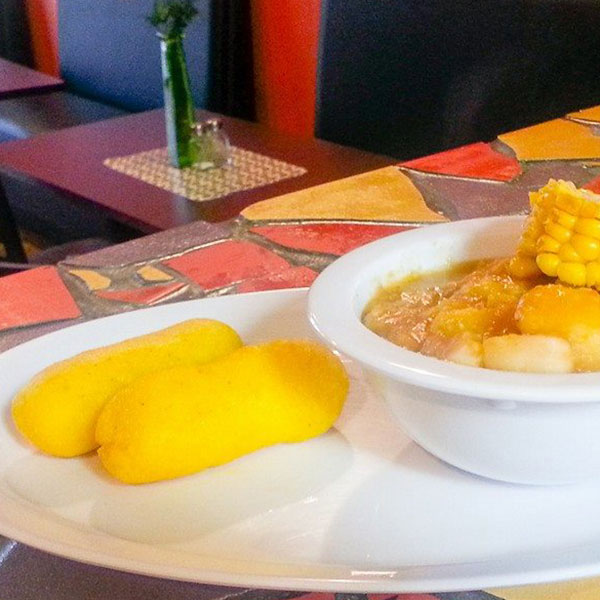 Mix mayonnaise, ketchup, and garlic salt together in a bowl until well combined; serve with cornmeal sticks.