Milt’s BBQ for the Perplexed has found success with an odd name and an unusual formula: a kosher BBQ joint, which donates 100% of its profits to charity.

Jewish dietary laws govern many of Gryka’s menu choices. Pork is forbidden, and dairy and meat can’t mix; so the menu includes beef bacon (which Gryka says “no one would confuse for pork bacon”), beef ribs instead of pork, pulled chicken instead of pulled pork, and a Philly cheesesteak made with soy cheese.

But in other respects, the menu is inspired by Gryka’s southern upbringing. 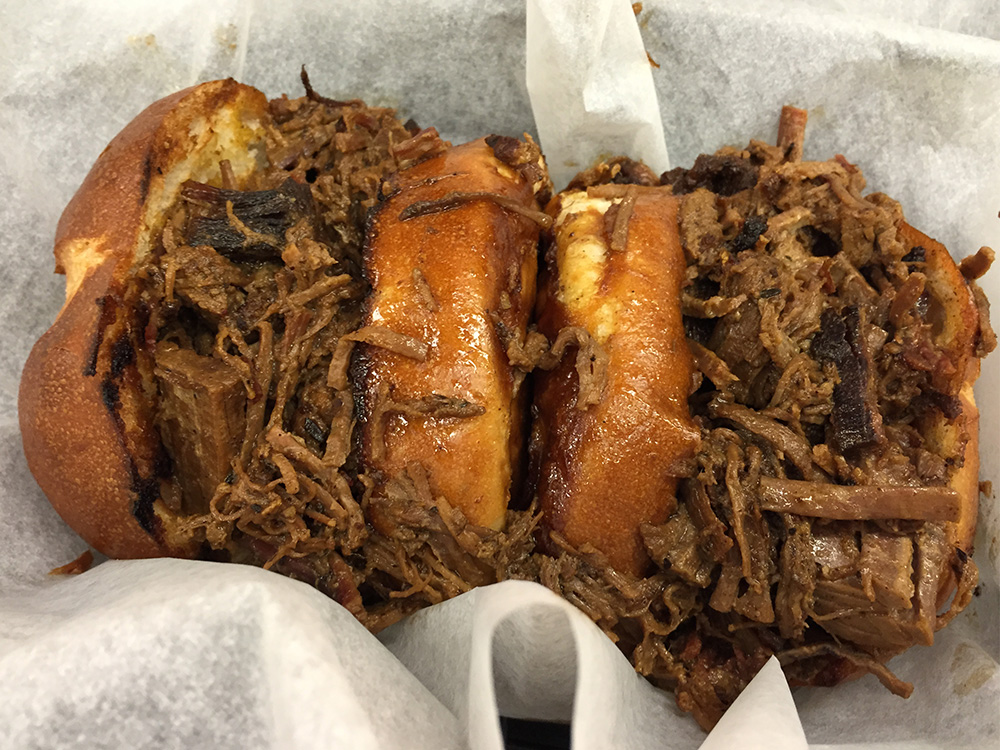 He describes the menu as “Texas-style meets Memphis-style,” since Texas barbecue focuses on brisket and doesn’t use pork, while Memphis barbecue serves sauces on the side.

“I grew up with just dry rub,” he says. “Then what we do here is serve three different sauces and you can take your pick.”

The Chicago Rabbinical Council, which gives the restaurant its kosher certification, periodically sends a rabbi to check in on the kitchen, to make sure that it is not running afoul of kosher law.

“He’s not there to shut us down or anything like that, but it’s a support system,” Gryka says. “Bugs are not kosher… and if there’s an infestation in cabbage or something, he’ll call me and say ‘You need to change the way you’re doing cabbage.’ Kosher is always evolving, so we have to be updated constantly.”

Milt’s BBQ for the Perplexed donates all of its proceeds to charity, an ethical mission that Gryka sees as closely tied to the restaurant’s commitment to keeping kosher.

And about that name – owner Jeff Aeder wanted to name the restaurant after his Uncle Milt, who he says “would have loved to have been here."

“In kosher… if an animal is injured at all, then you can’t eat it,” he says. “I think that’s a big part of the ethics… It’s all very cohesive in my mind, so it’s a little less perplexing than it sounds.”

And about that name – owner Jeff Aeder wanted to name the restaurant after his Uncle Milt, who he says “would have loved to have been here.”

“I asked friends for thoughts on names and one said, ‘How about Milt’s BBQ for the Perplexed’?” he recalls. “That just resonated because one, there’s a book by 12th century [Jewish] scholar Maimonides called Guide for the Perplexed, and two, my uncle was constantly perplexed about different things going on in the world, as am I. Some things I read make no rational sense, but Milt’s is a place where we can hopefully… address some perplexities.”